Before the existence of premium sake, which has only been around for about 45 years, all sake was warmed to some degree. Premium grades are typically consumed chilled or at room temperature, but in Japan, there’s been a renaissance of late in heating sake, so brewers are now offering more premium varieties that can be enjoyed warmed. And let’s face it, during the cold winter months, there’s nothing as comforting as some gently warmed sake.

Back in the day, sake bars of yore would have in their employ, the o-kan-ban — the guy responsible for warming sake, and his position was equivalent, if not higher, than the manager of the establishment. For any regular customer, the o-kan-ban would know your preferred sake temperature and would place your tokkuri (carafe) in a hot water bath, timed perfectly for your enjoyment. As sake has inherently changed in the advent of modernization and technology, so has its rules around heating for consumption. The o-kan-ban is now but a warm and fuzzy memory of a bygone sake era.

The majority of sushi restaurants in my town seem to serve sake at one of two temperatures: tongue-scalding hot or bone-chilling cold. In fact, there are actually nine officially designated temperatures for sake consumption. Some have romantic names like hana-hie, which means flower-cold (5-10 C) and is in reference to hanami — a springtime passage when people gather to view the cherry blossoms at their flowery peak. Parties under the umbrella of blossoms with sake are commonplace at this time of year.

Just a bit warmer than hana-hie is suzu-hie (10-15 C), which translates to "cool-breeze". This is the optimal temperature for serving most super premium grades like ginjo and daiginjo.

Six of the 10 temperatures are specifically for warming. My favourite is hitohada-kan which literally means "human skin warm", which is basically our internal body temperature (35-40 C). This is a great temperature for premium sakes in the junmai and honjozo grades. This gentle warming will change the sake’s texture and bring forth different nuances of flavour. Ginjo and daiginjo sakes can be enhanced by a slight warming, too, in relation to what they are paired with. Think of these as guidelines, not hard-and-fast rules.

At the typical sushi bar, you’re probably getting what’s called atsu-kan (50-55 C), which means "hot" or possibly tobi-kiri-kan (over 55 C), meaning "burning hot". Generally, at these temperatures, any subtleties that may have been in the sake are indecipherable.

When I was at a tasting in New York City, I was able to try several sakes at five different temperatures.

It was incredible to experience how a slight change in heating or cooling transformed a sake, which to me, is further proof of sake’s incredible versatility and range for pairing. Temperature can dramatically change a sake and how it feels in your mouth — its texture, weight, flavour, acidity, and aroma. Play around with a sake at various degrees and see for yourself what your preferences are and what works best for a particular sake.

So what’s the best way to warm sake at home? Since we don’t have the assistance of a trusty o-kan-ban around, here are two ways you can easily heat up your sake. 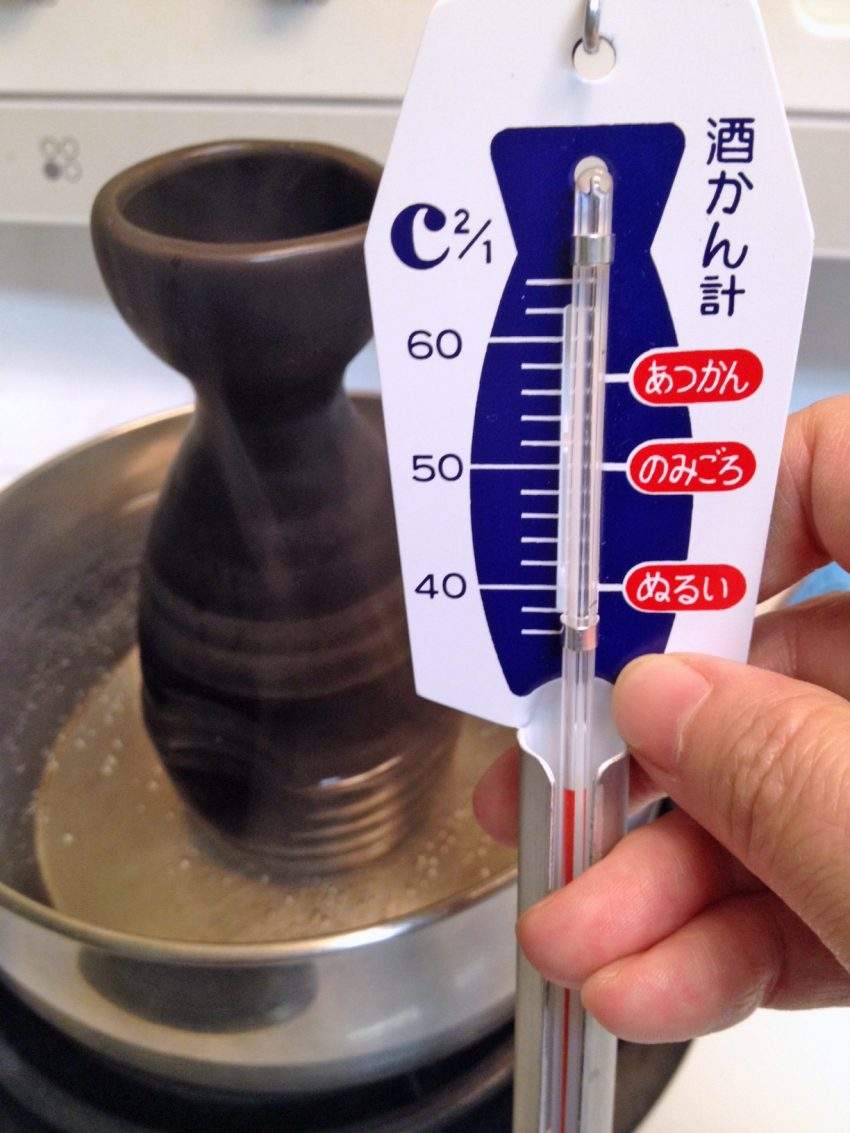 It’s nice to have a tokkuri, which is a traditional flagon for sake. The ceramic ones are good for hot water baths, as they are thicker and studier. If you don't have one, you can just put your entire bottle into the pot, as long as you can drink all of it! A tall mug will do fine too.

In a pinch, you can use this method, although I’m not a fan.

Kick off sake brewing season with a Sake Spa cocktail

The art of sake pairing with Goro + Gun's Amane Kanai

Cooking is fundamental: Why should eggs be room temperature before cooking?

4 ways to cool down in Montreal

Edmonton's Rostizado to close permanently at the end of January