It doesn't really matter what city or country you're visitng, the chances are usually pretty good that you'll bump into a Canadian at some point.

Recently, I spent some time in Prague and while there are certainly a lot of great things to eat and drink there (Trdelník, goulash, beer and more), it was fairly exciting to not only discover poutine in the Czech Republic, but a restaurant that is solely dedicated to the iconic Canadian dish.

Garage--with its tagline "True Canadian Deli"--is owned by Ontario-born, Michal Kubenk and his wife Tereza. Kubemk grew up in Kitchener, where his father owned a German schnitzel eatery. Working there in his youth, he later found a passion for deejaying and wound up travelling across Canada, then living on the West Coast before eventually relocating to Prague, where Tereza is originally from, ten years ago.

The unabashedly Canadian concept opened on July 1, 2015 to plenty of buzz in the city due to its unusual fare. The interior of the small space is brimming with Canadiana, from illustrations of sugar maple trees, a beaver to large poster breaking down what exactly a poutine is. For an expat, this place is no doubt a little taste of home; and to locals and other tourists, it's a taste of something new. 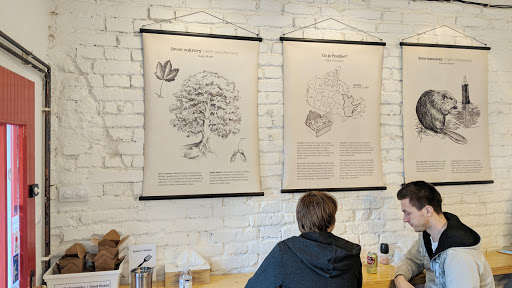 "The expat community here is great," says Kubenk on how his poutines have been received since opening two and a half years ago. "They all roll through, especially on Canada Day and we will get lots of tourists. We don't advertise at all, it's all [by word of mouth]."

Located in the Karlin neighbourhood of the city, Garage is surrounded by plenty of interesting shops, bars and the especially notable cafe-by-day, Michelin-recommended restaurant-by-night, Eska. Though Karlin is only a short distance from the uber-touristy centre of Prague, this area is primarily visited by locals as opposed to visitors. If you're walking from Old Town, it's an easy 30-minute walk or a ten minute Uber ride and well worth it.

The poutine offerings here range from classic (fries, gravy, cheese) to variations topped with pulled pork, ground hamburger and an especially unique one featuring a Czech-meets-Quebec brisket of sorts, where a combination of sauerkraut and Montreal steak spices are used in the braising process. 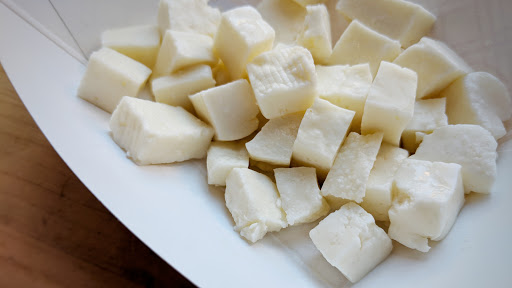 When it comes to the cheese, actual curds like the ones you'd find fresh and squeaky at a place like Jean-Talon Market in Montreal are not available in this part of the world. Instead, Kubenk looks to a local dairy farmer just outside of Prague to produce something in a similar realm. Young cheddar (less than two days old) is processed and cut into small squares and offers a similar kind of squeak to what a Canadian would consider a traditional cheese curd, but with a bit of a softer texture (think paneer-ish).

"We got a recipe from [a contact in] Quebec and we're also fine tuning it," explains Kubenk. "It's never ending. The types of cow milk: it's always a little different when it's going through the process."

Though it's not quite the same as what you'd get back on Canadian soil, Kubenk's poutines with their twice-fried hand-cut fries and rich, salty gravy, absoutely hit the spot.