Most of us enjoy sitting around, shooting the shit with friends over a pint or two, or three. But, sometimes, it's more fun to set time aside and make something together.

A few of us Eat Northers sat down for a dumpling party, making our own Chinese dumplings, or jaozi. It was messy, tiring and absolutely awesome. The best part was that our hands were mostly too messy and busy to be touching our phones to check messages (except when we Instagrammed our lopsided creations between batches).

These dumplings are great boiled or pan-fried. Here are a few tips and tricks to help you get started.

We roughly followed a 3:1 ratio of flour to water, give or take a quarter cup of water. Feel free to use the ratio for more flour if you want to make more dough. Use a small rolling pin if you have one. A big one is fine, but it’s a bit too clumsy for something delicate like this. A few of us used hot sauce bottles and they worked great!

We used a traditional napa cabbage and ground pork filling (and ground the meat ourselves from pork shoulder). You can use chicken, shrimp, shiitake mushrooms, or a combination of these for your own filling, just avoid using vegetables that leach out too much water. Or, if you’re using them, precook them, let cool and squeeze out the excess water before adding it to the ground meat. You can fry up a small patty with the filling to check for seasoning before wrapping the dumplings.

Amount of dough and filling for each dumping

Do not overfill the dumplings. Of course, you don’t want them to be skimpy, either. We found that a 1:1 ratio of dough to filling works best, giving us meaty dumplings that didn't explode in the boiling water. Use a ball of dough that’s about an inch in diameter for the wrapper, and fill it with a pat of filling that’s roughly the same size.

We all want to make pretty dumplings, but when you’re just starting out, aim to make sure they have a good seal first, before worrying about aesthetics. Make sure you pinch the edges together very tightly. From there, you can play around with the pleats.

Separate out a portion of the filling in a medium bowl, and leave the rest in the fridge until you’re ready to use it. Once you’ve made a tray of dumplings, put them in the freezer to chill quickly. The filling contains raw, ground meat, and it’ll likely be sitting out for a while when you’re making the dumplings, so be mindful to not leave it out for too long. We were able to leave it outside at - 5 C or so and not have to clear the freezer out. 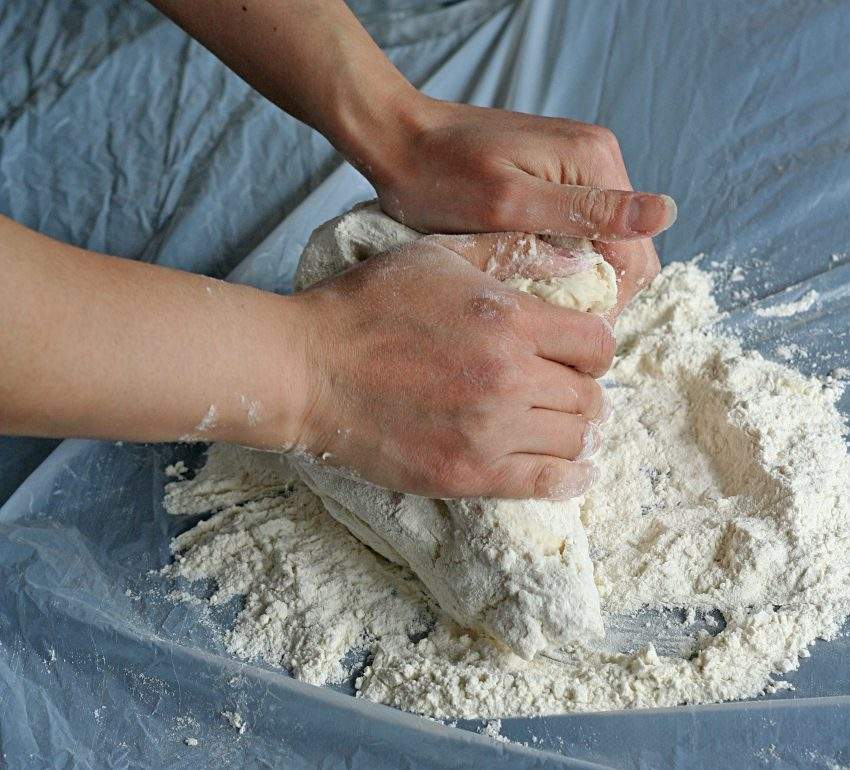 In a food processor or stand mixer fitted with a dough hook, combine flour and water, and pulse or mix at low speed until the dough is combined. Transfer contents to a floured surface, and knead for 10 to 15 minutes, or until the dough forms a medium to stiff smooth ball. 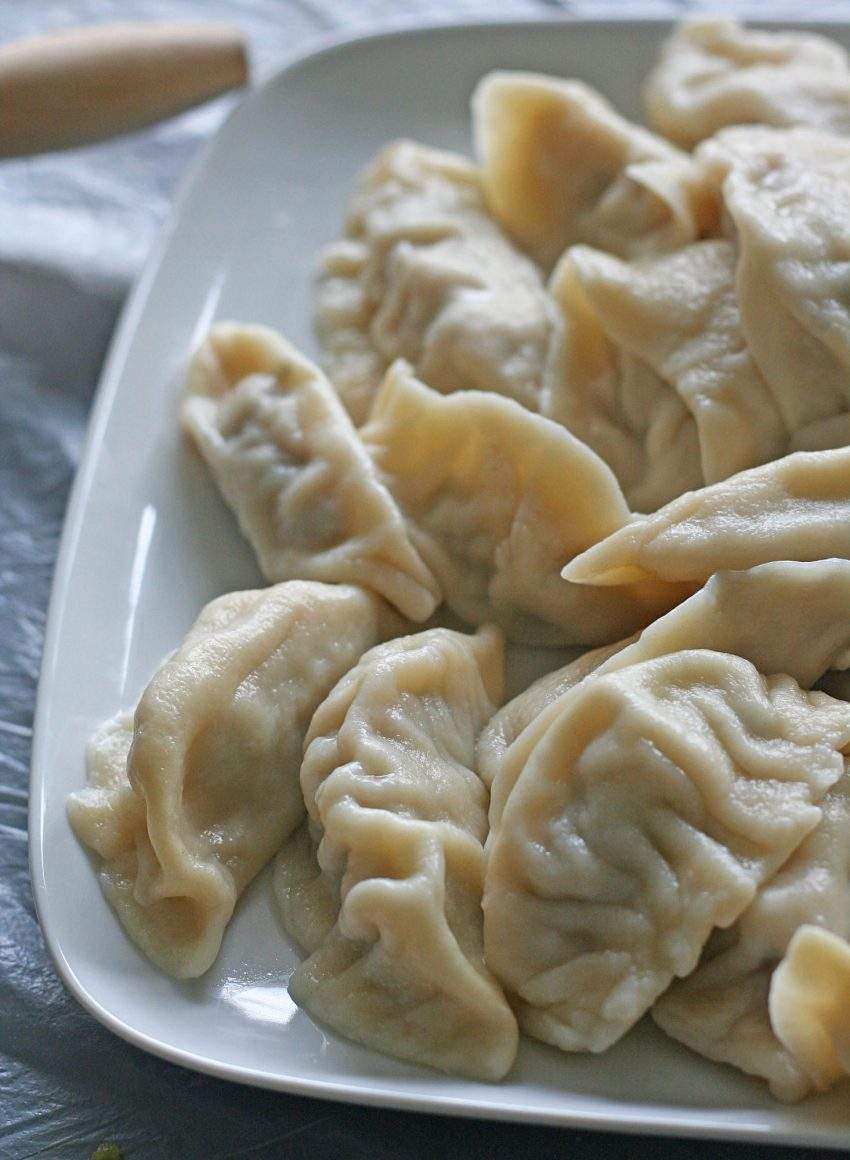 Finely chop cabbage, transfer to a bowl and reserve to release excess moisture.

In a food processor, combine remaining ingredients and process until it forms a paste with no big visible chunks of meat.

Drain cabbage and mix with meat mixture. Refrigerate until ready to use.

To assemble: Transfer 1 to 2 cups of filling into a separate and refrigerate rest of the filling while you work with the smaller batch.

Divide dough into quarters. Take a quarter of the dough and roll into a long rope, about 1 inch thick. Keep the rest of the dough tightly covered with plastic wrap in the refrigerator so it doesn't dry out.

To wrap the dumpling, take a ball of dough about 1-inch in diameter and flatten. Roll the dough out into rounds, keeping the middle slightly thicker than the edge, around 3 to 3 ½ inch in diameter (about the size of a Post-it note, but round).

Fill the centre of the wrapper with a ball of filling about the same size as the ball of dough. To pleat, fold the wrapper in half and pinch the midpoint tightly to seal. Working from the midpoint out, pleat only the top side of the dumpling, leaving the back unpleated.

Pan-fried: In a large pan over medium-high heat, add about 2 tablespoon oil. Once oil is hot, add a layer of dumplings, being careful not to overlap them. Cook for about 2 minutes, then add enough water to the pan to cover the bottom and come a quarter way up the sides of the dumpling. Cover with a lid, lower the heat to medium, and cook for about 5 minutes, or until all the liquid is absorbed. Remove the lid and continue to cook until the bottoms of the dumplings are golden brown.

The rise in restaurant-made consumer products across Canada