A Rising Tide, the new cookbook by DL Acken and Emily Lycopolus, explores the thriving food scene of Atlantic Canada with traditional and innovative recipes drawn from the local chefs, fishermen, producers, foragers, and restaurateurs of the region.

On their journey through the east coast's culinary landscape, the authours uncovered a delicious recipe for a traditional Newfoundland breakfast.

"While we were on Fogo Island, a lovely islander named Sandra shared with us how her mother use to tear off pieces of freshly risen dough, pat it into a perfect circle, and fry it up as a breakfast treat," say Acken and Lycopolus in the introduction to their recipe for toutons with whipped molasses butter.

"There isn’t a more traditional Newfoundland breakfast than toutons, which might be the best use of leftover bread dough ever invented, as it’s slathered in butter and sweet molasses!" 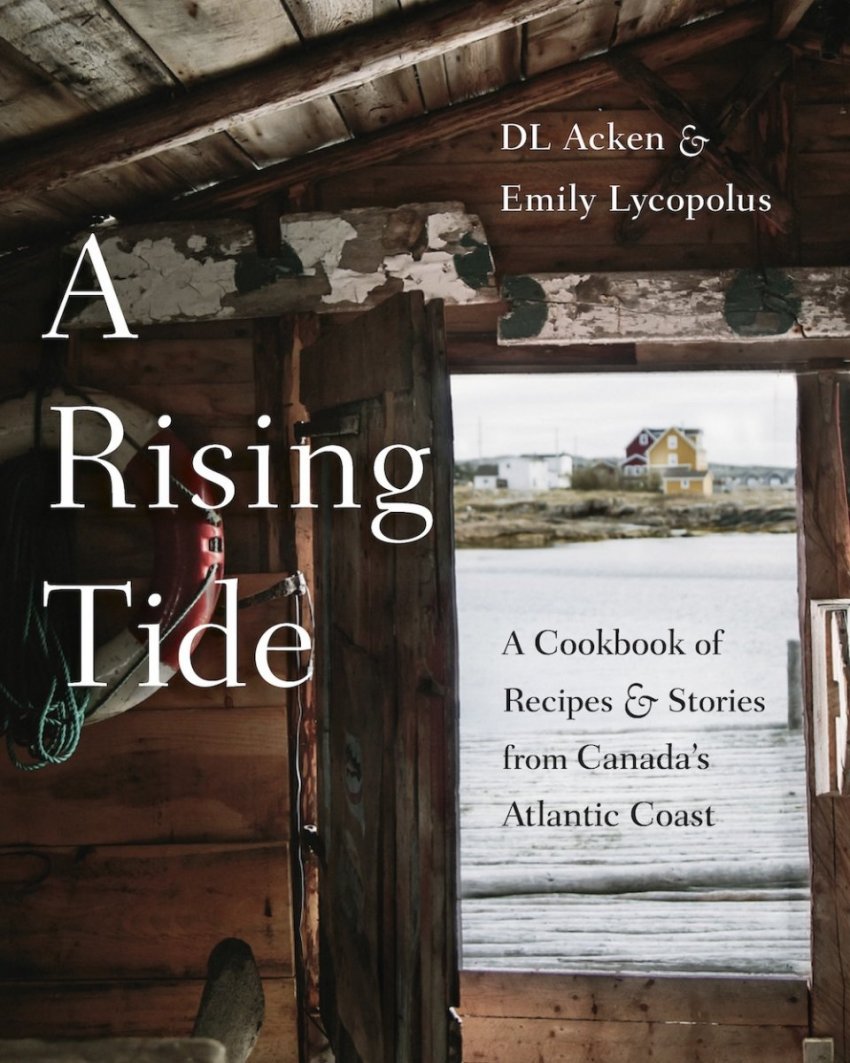 Using a stand mixer fitted with the whisk attachment, whisk the butter until fluffy and light cream in colour, 1 to 2 minutes.

With the mixer running on medium-low speed, slowly pour in the molasses, allowing it to emulsify with the butter. Scrape the sides down after all of the molasses has been added. Whisk on medium speed until the butter is combined and the molasses is emulsified.

Transfer to a small bowl, sprinkle with 1 teaspoon of the flaky sea salt and keep at room temperature until the toutons are ready.

In a large mixing bowl, whisk together the flour, sugar, yeast, and coarse sea salt.

In a small pot over medium heat, combine the melted butter with the milk. Check the temperature of the milk. If it’s still cool, place over low heat until it reaches 115°F.

Preheat the oven to 200°F. Once it reaches temperature, turn it off.

Add the milk mixture to the flour mixture and stir well to combine. Turn the dough onto a lightly floured surface and knead for 10 minutes, until smooth and elastic.

Oil a large, heatproof mixing bowl and place the dough in the bowl, turning to coat. Cover with plastic wrap, place the bowl in the oven, and let rise for 30 minutes.

Remove the dough from the oven and discard the plastic wrap. Divide the dough into eight evenly sized pieces, form each piece into a disc about ½ inch thick, and place on a lightly floured counter. Cover with a tea towel and let rise for 10 minutes.

While the dough discs are rising, heat a heavy-bottomed skillet or cast iron pan over medium heat, and add just enough oil to cover the bottom, between ¼ and ½ cup.

When the oil is hot, add two or three dough discs, being careful not to overcrowd the pan, and fry until puffed and golden brown, 2 to 3 minutes. Using an offset spatula, flip the toutons over and fry for an additional 1 to 2 minutes.

Place on an ovenproof plate and transfer to the oven to keep them warm and allow them to finish cooking in the centre. Repeat with the remaining toutons.

When you’re ready to serve, place the toutons on a serving plate, with the bowl of whipped molasses butter and a sprinkle of the remaining flaky sea salt on the side.

Tips from the authors

You can also make the dough the night before and let it rise in the fridge overnight, bring it to room temperature in the morning, then shape and fry the toutons as directed.