After months spent exploring and experiencing the wonderful uniqueness of classic Atlantic Canadian cuisine, DL Acken and Emily Lycopolus created the A Rising Tide cookbook as love letter to the culinary renaissance of Canada's East Coast.

The cookbook contains more than 100 recipes intrinsic to the coast–several of which are directly sourced by an assortment of beloved local chefs–along with an array of unique stories from fisherman, producers, foragers, and restaurateurs who have contributed to the region's burgeoning culinary scene. 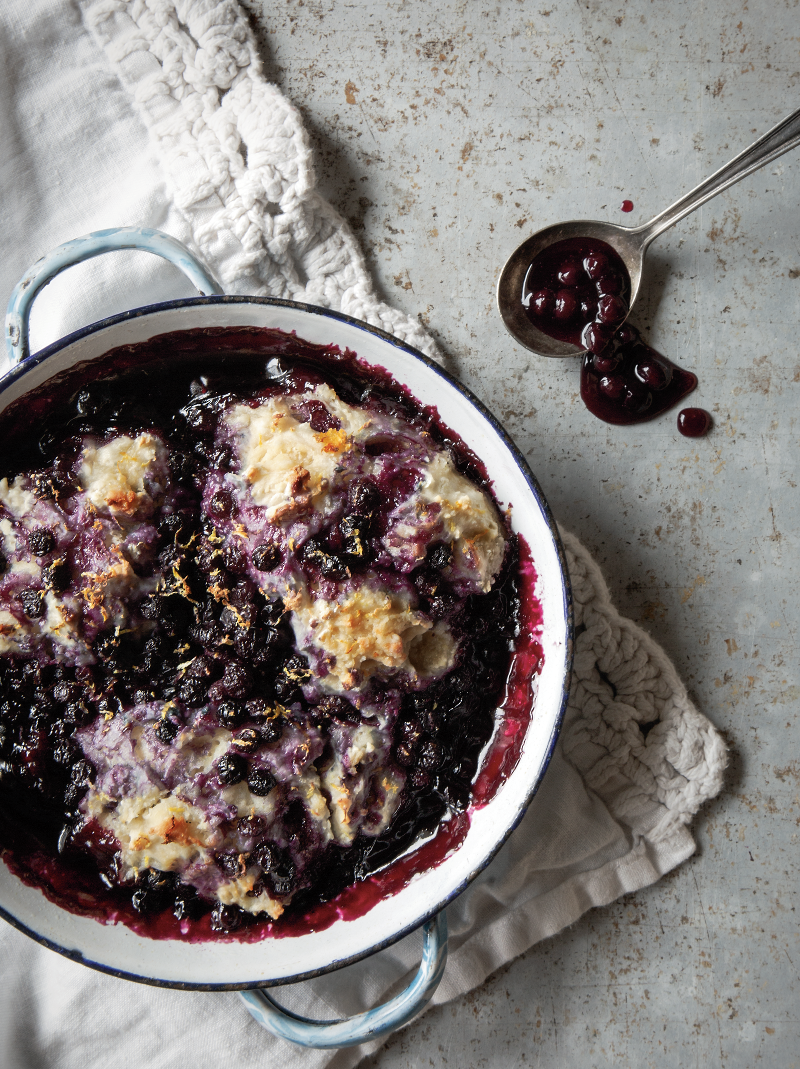 Although fresh blueberries aren't currently in season, thanks in part to many of the cookbook's contributors, there are plenty of Canadian-grown blueberries to be found in the freezer section at grocery stores across the country.

"If there was ever a 'provincial dessert' for Nova Scotia, blueberry grunt would definitely be in the running. It has even been celebrated on a Canadian postage stamp!" Acken and Lycopolus exclaim in the introduction to their Upside-down blueberry grunt recipe.

"This simple, sweet dish of light, fluffy biscuits and stewed blueberries is a hearty and welcome ending to any meal. The biscuit texture is traditionally crispy on top and very soft on the bottom from the blueberries. This upside-down version creates a lovely fluffy finish throughout and even more blueberries to enjoy!" 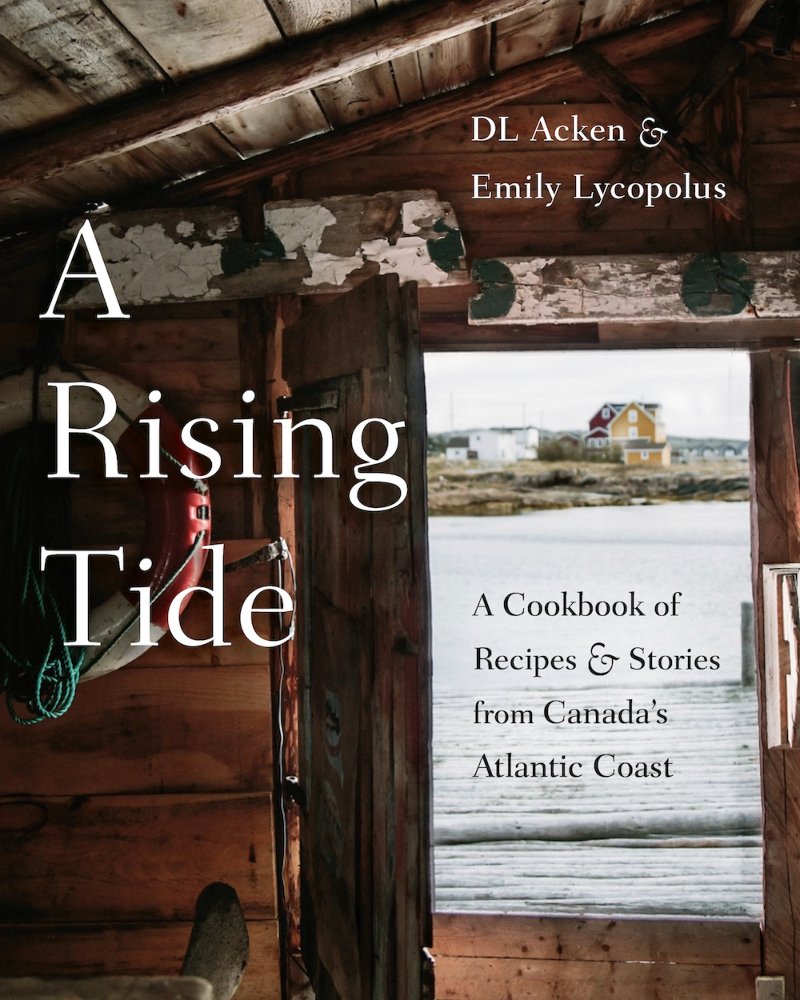 Place all the blueberries in a large saucepan, drizzle with the lemon juice, and scatter half the zest over top. Cover the pan with its lid, place over medium-low heat, and cook for 3 to 5 minutes, just to soften the berries.

In a small bowl or measuring cup, combine the sugar, cornstarch, and nutmeg. Sprinkle over the berries and stir to combine. Increase the tempera-ture to medium-high and bring the berries to a boil, stirring well. Stir for 1 minute and then remove from the heat. Set aside.

Divide the dough into four rounds, form each portion into a disc shape, and place in the prepared pan. Pour the blueberry sauce over the biscuit dough and sprinkle with the remaining lemon zest.

Bake for 20 minutes, until the blueberries are bubbling and the biscuits have risen.

The grunt will keep in an airtight container in the fridge for up to 3 days.