It’s no small feat to turn a food truck into a brick-and-mortar restaurant. Saskatoon’s beloved Ace Burger food truck has done just that, recently opening in a prime Broadway location, with a patio and parking lot.

The food truck launched in 2014, right around the time Saskatoon was going wild for mobile food vendors, just a year after the team--Blair Voth-Miller, Brad Miller and Cole Dobransky--opened Congress Beer House downtown.

“We thought, ‘We should get in on this. It’s so fun!’ recalled Voth-Miller. “Everyone loved Ace Burger.  We were welcomed so much by Saskatoon when we opened it and it did really well.”

The burgers, which were Congress’s top-sellers, naturally became the food truck’s stars. 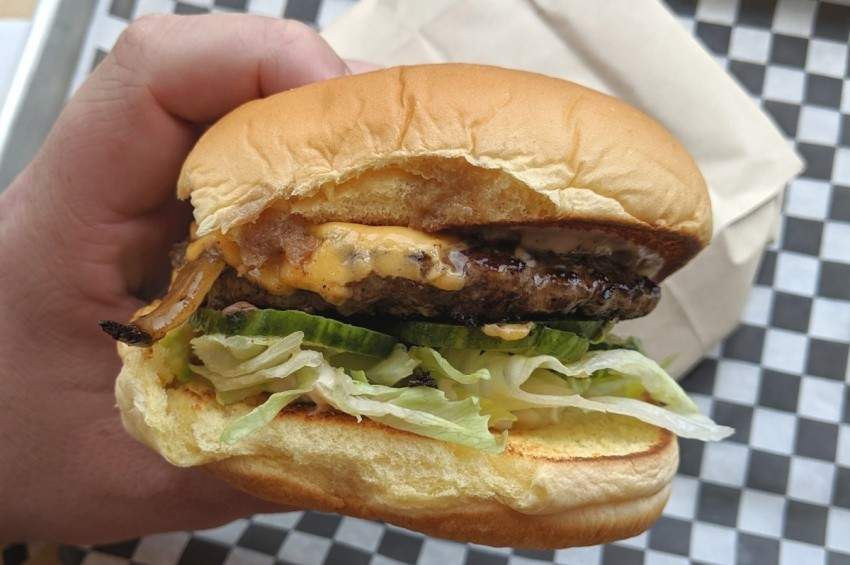 They’re served on a potato bun and made from AAA certified Angus beef; always made fresh in-house and never frozen. There’s also hand-cut French fries (order a side of truffle aioli for those), several different burgers, homemade milkshakes and Saskatchewan’s Nokomis Craft Ales on the menu. Most burgers come with homemade pickles, care of Voth-Miller’s family’s recipe.

The classic Ace Burger comes with a winning combo of peppery arugula and spicy sriracha mayo. It was also the burger for which people flocked to the food truck in droves. so much so, that when the team sold the truck last year, the outcry on social media was loud and clear.

“People were so mad,” said Voth-Miller. “We told them they could get an Ace Burger at Congress, but they said it wasn’t the same.”

In addition to converting to a brick-and-mortar operation, it's also not easy to run an environmentally sustainable burger joint. As it stands now, 90 per cent of what’s on your tray, right down to the last bite of burger you couldn’t finish (although that’s unlikely) can be composted--by September, it’ll be 100 per cent.

“There’s so much waste in the restaurant industry,” said Voth-Miller. “And the carbon footprint of beef and burgers is not the best. Right from the start, we wanted to work on offsetting that with being as waste-free as possible.”