A good ribeye at a steakhouse can cost anywhere between $40-$50, and that’s before you even think about drinks and sides. It’s much more economical to cook steaks at home, and what could be better than grilling some steaks on a hot summer evening while chatting with friends and family over a couple beers on the deck? Still, there is something about the steaks from the steakhouse that just can’t seem to be replicated at home: that subtly smoky crust giving way to a juicy, tender centre... or can it?

In an article popularized by Lifehacker, Cook’s Country proposed that the key to the perfect steak was rubbing it with equal amounts of salt and cornstarch, then freezing it for 30 minutes before grilling.

Most of us have definitely heard of using salt before; it seasons the meat and helps to draw out the moisture, making it easy to blot dry. A dry steak surface is essential to creating that steakhouse crust. 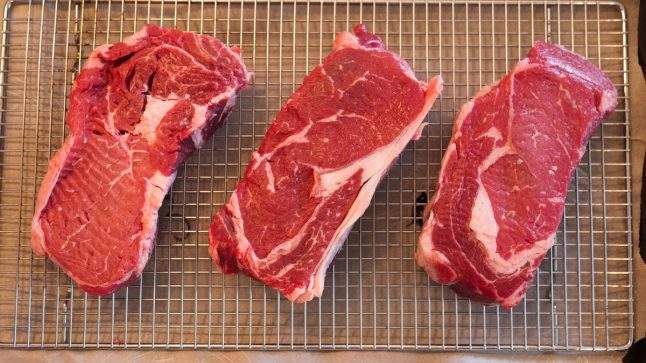 Cook’s Country argues adding cornstarch helps to absorb the moisture that gets drawn out by the salt. Coating meat with cornstarch is also a technique used in Asian cooking to make it taste more tender and velvety. Commenters on Lifehacker have also noted that the cornstarch may act as a bit of a “breading” to help create a crust. Finally, the dry environment of the freezer evaporates any excess moisture quickly.

While most people sear their steaks on the hot side of the grill first before finishing on the cool(er) side, J. Kenji Lopez-Alt of Serious Eats Food Lab proposed that you should start the steaks on the cool side, then finish them with a quick sear.

“The steak that is cooked gently first and finished with a sear will not only develop a deeper, darker crust,” he writes. “But it also cooks more evenly from center to edge, thus limiting the amount of overcooked meat and producing a finished product that is juicier and more flavorful.”

In the name of science, we simply had to test these theories at the same time, with the hope that combining the methods will produce the perfect steak.

Seven Canadian AAA ribeye steaks were acquired from Costco. The steaks weighed between 412-490 g, with an average weight of 459 g (that’s just over a pound for you imperial sticklers).

All steaks were rubbed with a ½ tsp of kosher salt and a liberal sprinkling of freshly cracked pepper on both sides. (Yes, I know that’s the recommended upper limit of sodium intake per day on each steak.) For the steaks in the cornstarch group, ½ tsp of cornstarch was rubbed in per side. The steaks for the freezer method were rubbed shortly before freezing for 30 minutes; the steaks that were cooked fresh were rubbed just as the steaks were about to be placed on the grill.

The steaks were all placed on the grill at the same time. Due to space limitations, the steaks that were cooked before searing were placed on the upper rack first before being seared on the lower rack. All steaks were removed from the grill when its internal temperature reached 130˚F, and were rested for 5-8 minutes under aluminum foil before tasting.

The steaks were blind-tasted in random sequence, and the tests were completed without discussion. Each steak was evaluated out of five based on appearance, texture and taste. The steaks were ranked based on the cumulative score (out of 45) from the three tasters. 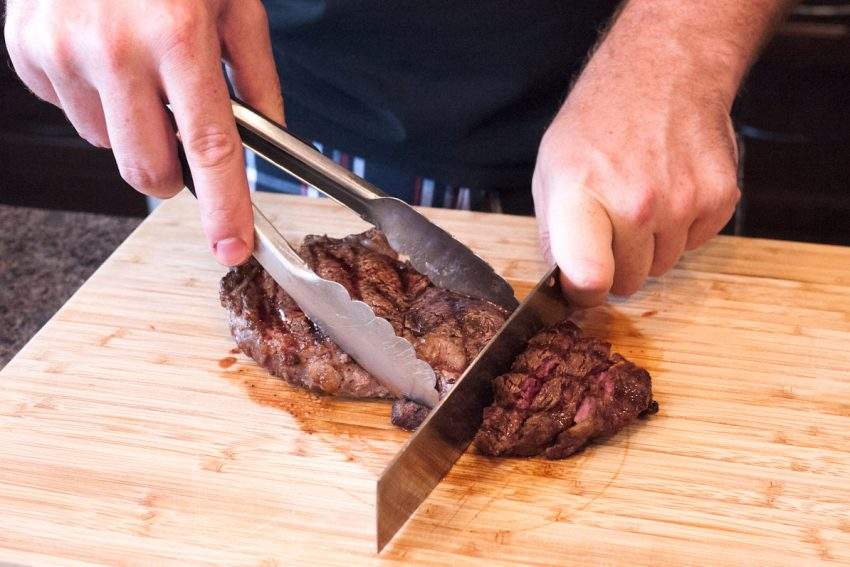 The steaks did not vary too much in appearance and taste, so it all came down to texture. We did make the mistake of not slicing and tasting the steaks all at once, so 25 minutes elapsed between tasting the first steak and the last steak, which did lead to marked differences in appearance.

Disappointingly, most of the steaks did not form a crust, which may have been due to the steaks not being blotted dry before grilling and/or the fact they were rested under foil after cooking.

This was the favourite of two of the three tasters. It looked the best out of the steaks tasted, with a dark exterior and dark pink, juicy centre. There was a bit of a crust, but the tasters liked it more for the tender meat.

There was a marked difference in appearance between this steak and the eventual winner - the exterior was light and almost grey, while the interior looked overdone. Tasters ranked this steak highly because despite its appearance, the steak was very tender and juicy - one taster noted that it was their favourite.

This steak had good colour, but was tougher than some of the other steaks tasted. Overall an average steak.

The conventional method of grilling steak produced a piece of meat that looked juicier and had a pronounced crust, but tasters agreed across the board that it was tough despite being cooked to medium-rare.

This steak also looked more light on the outside and was a lighter pink on the inside. Still, the meat was tender, but not as tender as the “Cornstarch only” steak.

Originally hypothesized to be the best steak, this sample definitely fell short of expectations. The steak was nicely browned on the outside, but the inside appeared to be overdone, and the meat was tough.

The method that inspired this experiment actually wound up being dead last. The steak was light on the outside and quite well-done on the inside. It was slightly more tender than the Combined method, but didn’t form the promised crust. 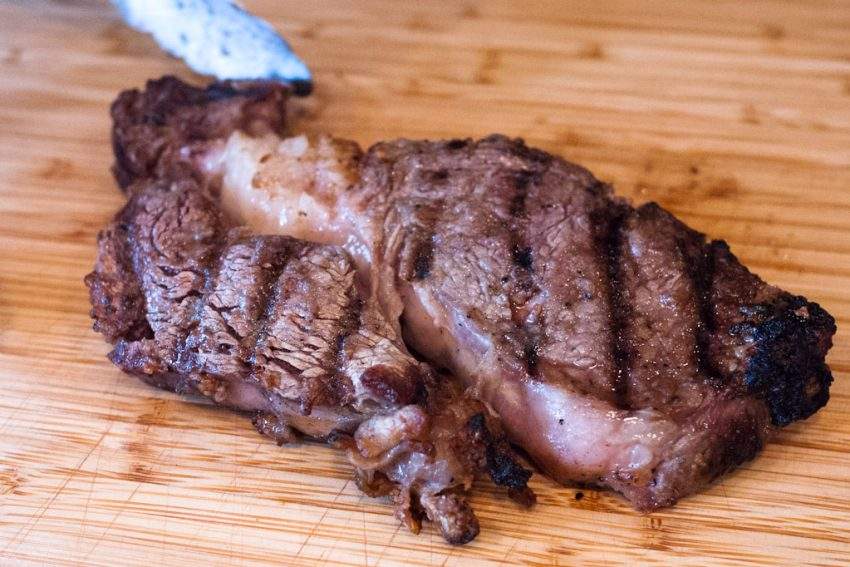 There’s no need to get fancy and do a lot of prep with your steaks, all you need to do is change the way you cook them. Instead of the conventional method of searing your steak quickly and then letting it get up to temperature on the unheated side of the grill, reversing the order will produce the darkest, juiciest and most tender steak.

Cooking is fundamental: The importance of resting meat

Eat North Answers: Why should you brine some cuts of meat and not others?