There's a lot to love over on the East Coast. Everything from the lobster to the world's largest food and film festival, Devour, exceeded all of my Maritimes expectations. It was on this most recent trip where I had the chance to sit down and talk with this particular chef.

I was seated on a plane headed for Mexico with a pile of writing to get done and interviews to transcribe, but opted for a little in-flight television instead. I mean, you can't write on a laptop until the seatbelt sign goes off anyway, right?

Food Network Canada before 8 a.m. on a weekday is a lovely thing. Did you know there are actual cooking shows on in early hours of the morning? Instructional-style series may not generate record-breaking ratings these days, but I can always do with a quality cooking lesson or two any time of the day. As I sipped coffee on an empty stomach, I plugged in my headphones just in time for chef Michael Smith's tutorial on marinating and grilling a lamb roast, among other things.

Well, I'll be damned. Who, but Halifax chef Craig Flinn, was the dinner guest in this episode of Chef at Home, circa 2004.

After stoking a big fire in his backyard, Smith heads back into the kitchen and flashes old pictures of his cooking buddy (Flinn) to the camera while bouncing back and forth between prepping the roast and getting some vegetables in the oven, all of which was making me quite hungry, with only in-flight cuisine to look forward to in reality. 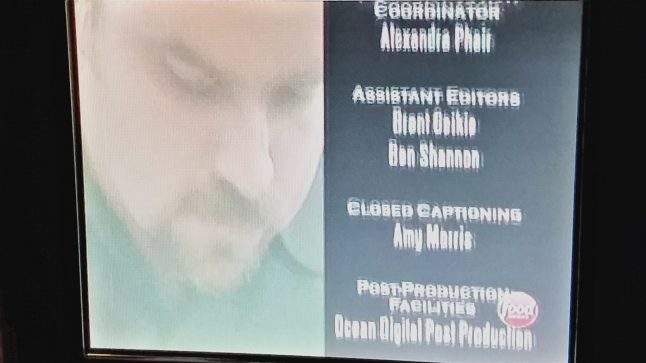 It's easy to see how Flinn and Smith get along so well. Both are loud and proud advocates for hyper local ingredients and that natural, cook-from-scratch approach. Flinn is the owner of two reputable Halifax restaurants, Chives and Two Doors Down. Although Flinn openly points out he doesn't like the "chef" title.

Regardless, the chef professional cook has become somewhat of an icon in Nova Scotia's culinary scene, stressing the importance of supporting one's provincial food economy, penning multiple cookbooks that focus on said province and, oh yeah, cooking some food on the line too.

Here's my conversation with Flinn.

Your restaurant, Chives opened in 2001 and is still one of the city’s top spots. How do you not get stale-dated over the years?

Well, you need to be consistent for sure and you need to make sure that people continually can get a good meal at your restaurant. I think I got lucky choosing a style of food that is popular with Haligonians. We like big portions, we like rich flavours, and eating in a restaurant here for the most part here is definitely still “treat food”. I don’t think people [in Halifax] count their calories nearly as much as people in other larger cities.

What do you think of your city’s food scene in general?

I think, generally speaking, there are a lot of place to eat here. You can fill your belly with some pretty decent food, but you’re very quickly get into pubs and those kinds of places, all with very similar menus. We have far too much of that and not enough of the interesting food that you can find at Morris East or Edna or Brooklyn Warehouse. I’d like to see a bit more growth in that area, but besides that, I’m happy with the city. It’s come a long, long way.

I live in Alberta, the land of steaks, where every restaurant needs to have a steak dish on the menu. Do you feel that pressure here with certain things?

Yes, definitely. I do feel like my restaurant, Chives needs to have a steak on the menu. As an owner, you feel those pressures. You always want to have lobsters, scallops, those signature Maritime ingredients; but steak is also a big one in this city.

How much faith do you put in published lists (print or online) regarding restaurants in this country, especially when you’re mentioned?

Honestly, I think sometimes, the most important lists are just in your local market. National prestige is one thing, but I’m not filling my restaurant on a daily basis with people from Calgary, right? So, I think it’s a balance between everything. Even Yelp and Trip Advisor, your positions on those sites can matter a lot, as much I can find it frustrating to deal with the comments, you can find on there.

There is always a pressure for a restaurateur to cook for your audience and not for yourself and I’ve never had any problems doing that. I’ve never lost sight of the fact that you can be the most creative chef in the world, but if you can’t get people to eat your food, what’s the point? You have to cook food that’s expected to some level, food that people will want to give their money for. You have to balance that out with creativity and pushing the envelope.

It’s almost like cooking solely based on creativity rarely results in success for a business, right?

I think so too. Look at the El Bulli model -- the most expensive, most well-known restaurant in the world, and it still went out of business because it lost money every year. Now, if that’s not a telling sign to how careful [a restaurateur] should be..., but his new restaurant now is much more casual.

Sticking to regional ingredients in any part of this country year-round is not an easy thing. So, what allowances do you give yourself in your restaurants?

I mean, I can’t be 100 per cent local all of the time. Say I have a new spring menu that has asparagus on it. Everybody thinks asparagus is a spring ingredient, but it’s not really, it comes out late May or in the middle of June and lasts for maybe three weeks. So, if I want to launch a spring menu that isn’t three weeks from summer, I have to go, "OK, what am I going to do? Am I comfortable with using greenhouse-grown asparagus from Ontario for the first few weeks this menu runs and then immediately switching over when the local option becomes available?"

That’s a sacrifice that I can endorse.

We need to understand that in order for us to keep our food systems and local economies strong, that it’s up to chefs -- especially if they are working at a high-profile restaurant, do a lot of buying and are reaching a lot of people with their food -- to step up to the plate and deliver some sort of message that’s useful.

It seems like a lot of young chefs come fresh out of school and want a head-of-the-kitchen career right away. Is that something you see a lot of in Halifax?

They want it all immediately. They want to be a chef right out of the gate...There are certain things, basic cooking skills, that culinary students don’t have a clue about and yet they want to make their own prosciutto.

That is true. What’s the most, let’s say, interesting situation you’ve had with a young cook?

I met this one guy who was out of culinary school for less than a year and he told me that he was already working on his own cookbook. Like, what are you writing about? Seriously, what could you possibly teach anybody?

Instagram is a very popular social media platform for chefs lately. Sometimes it seems like a way for people to one-up each other. What do you think?

I am on Instagram, but I think I’ve made four posts in a year. I’m trying to do Twitter more, trying to step into that because I know it’s important, but I also know since coming from Terroir that there’s a lot of bad feelings about Instagram in a sense, because you’re right, it’s the fact that you’re on instagram and throwing out photos of everything you’ve ever done, trying to make something high profile, trying to outdo everyone else around you. At some point, there is that feeling of, “Will you just shut your phone off and cook!”

Is the reason you’re a chef today the same reason why you wanted to become one in the first place?

All that I do in my day-to-day life, what I had to become as a business person and a restaurateur, is without a doubt, the single biggest source of stress in my life. The managing of people (53 staff members), the costs, dealing with all sorts of problems -- everything that goes wrong in the run of a day -- it all eats away at me; but the one thing that has never changed is my love of food, of cooking and of feeding people. I seriously, seriously love to do it and hope to get that reaction of, “Wow, that was great!”

Well, what happens when you don’t get that reaction because, let’s be honest, that can’t always happen in the restaurant world.

Well, it’s to the point where if you say that you thought this one dish was good, but could use a little more punch, my heart would flutter a bit. I really wanted you to like that. I always want people to be honest, but I’m so personally connected with every plate of food that we put up. It’s just my life, right? I haven’t lost that desire and that’s a good thing because I am tired. I’m tired of a lot of the stuff I’ve had to deal with for 20 years to get to this point, but I’m thankful for it.

A lot of restaurant owners get to a point where they get so busy with the administrative side of their work that they aren’t in their kitchens very much anymore. Where would you rather be?

I love to cook food and be in the kitchen. Put on the line on a busy night or serving up food during a big event and I’m zen-calm. I literally don’t have any nerves in that environment: the sea of tickets, the clatter, the yelling. In the midst of all of that, I’m at home. All of the other stuff that goes along with it is just the unfortunate pains I have to go through to have these two restaurants and be able to do what I want to do.