Around this time of year, farmers’ markets are waxing towards wane, the best of hardy herbs have reached their peak, and food lovers have turned their eyes to preserving the bounty of the fields. For those who haven’t yet had a chance to stock the pantry with old favourites and new experiments, it’s not too late! We chatted with two accomplished Canadian chefs who know the value of a stocked larder, and have ideas for preservers of all abilities as they “put up” for the winter!

Speaking with chef John Winter Russell, owner of acclaimed Montreal restaurant Candide, and Camilla Wynne, pastry chef and the founder of the Hamilton-based Preservation Society, the conversations brought to light the possibilities of preserving that extend far beyond grandma’s traditional jams and jellies. For both Winter Russell and Wynne, their formative experiences with preserving started in the restaurant kitchens they came up in, working with pickles and compotes as plate components and ingredients. As both their experience and exposure to new products and applications grew, they became subject matter experts in their own right.

Winter Russell—who when starting Candide already knew that they “had to be able to support local farmers and suppliers for a whole year with short growing seasons without everything becoming a pickle”—recommends drying or dehydrating at home to maximize limited shelf space. Products like dried mushrooms and herbs can be easily purchased, but when you have the raw ingredients in surplus, dehydrating is the perfect way to make them last through winter.

Drying and dehydrating at home doesn’t require any fancy equipment either. When it comes to drying, it’s as simple as putting your favourite leftover herbs in a cold oven with the oven light on until herbs are just dry and crumbly to the touch. Dehydrating concentrates flavour, and mushrooms like lobster mushroom, ceps, chanterelles, and morels, all intensify with this process. “You can then rehydrate or reconstitute dried mushroom in a small amount of heated, aromatic liquid, like a broth or tisane that works to complement the dried product,” Winter Russell explains.

Winter Russell rehydrates thinly-sliced dried zucchini in tomato sauce, which gives them “a texture akin to thick rigatoni when cooked right.” Lastly, dehydrating is a way of preserving products that would otherwise be unusable as they quickly degrade with age. “Dried mushrooms, like boletus and morels, benefit from dehydration and then rehydration when their spores drop or their caps open. After braising, the dried mushrooms take on a texture alike, but thinner, than beurre monte, an almost coating sauce,” Winter Russell describes.

Both Winter Russell and Wynne spoke to the delayed gratification of preserving as one of the most exciting parts of setting aside summer’s bounty for later consumption. Winter Russell reflects on the revelatory experience of opening a jar of cherry tomatoes in the middle of winter, heat-canned at the height of flavour and “tasting of summer”, while Wynne recollects the anticipation of opening an aged jar of marmalade or jam, preserved from one year to the next as a nostalgic window onto years past. As a chef myself, I love the opportunity to present pickled kale stalks, nominal waste in the kitchen, as garnish for a Caesar instead of celery or pickled beans. Anyone who has preserved before knows that one of the best parts is the anticipation of cracking open a new jar to taste test a product that was made months before. 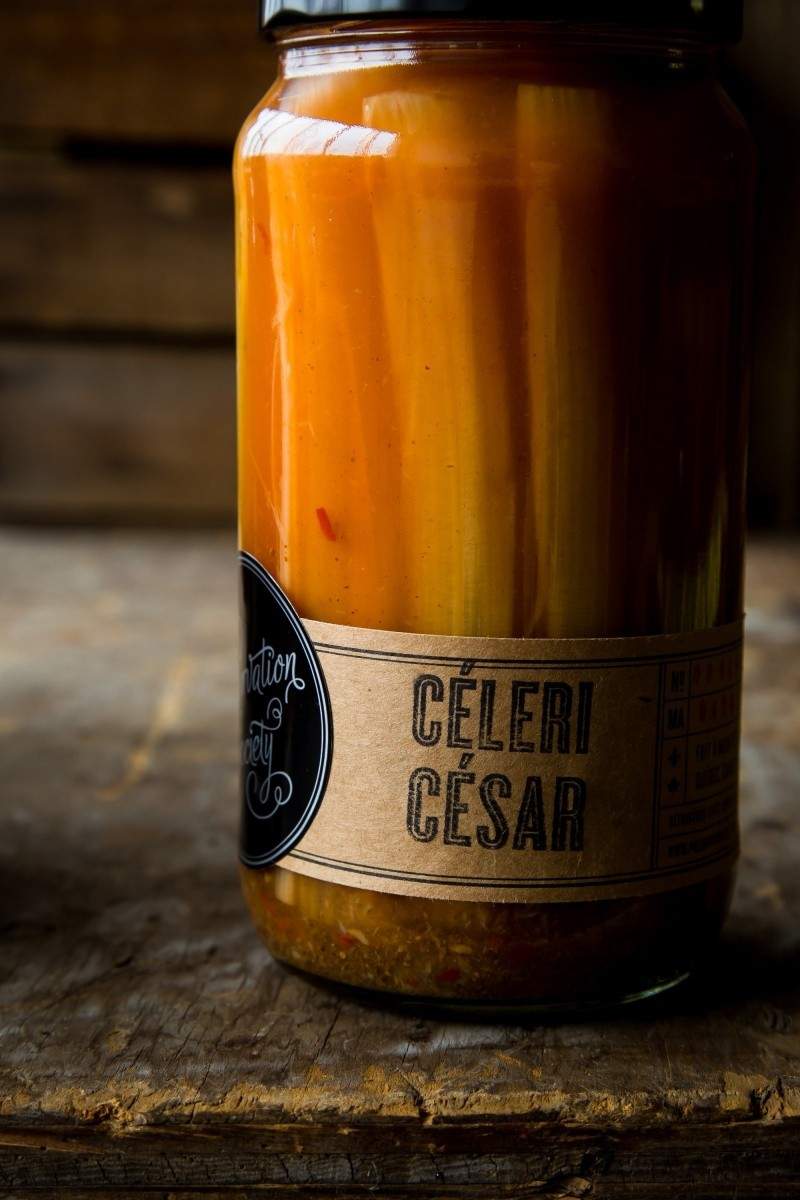 When embarking on a preserving adventure, it’s imperative to have good resources at the ready, whether that is cookbooks or kitchen equipment. Wynne recommends the tried and true Bernardin Complete Book on Preserving, which she calls the bible of home canning. She recommends it for recipe guidelines, times, temperatures and procedures. As for equipment, Winter Russell recommends some basic, must-have equipment if you are doing more than a jar or two at a time.

“After watching me almost scald my hands for the first year, removing finished jars from the water bath with a wadded kitchen towel, the staff took pity and purchased a pair of canning tongs for the purpose. After that, you really need a good wide, flat-bottomed pot that will fit your jars, trays to move jars around, and wire cooling racks to help them cool. Inexpensive papers to test pH help assure that what you are putting up will go the distance, and after that, you have the supplies you need to carry on year to year,” he says.

Beyond the basics, Wynne encourages following your intuition when it come to thinking up flavour combinations for jams and other products. When she first took her Master Preserver course, the adage was, “canning is not creative cooking,” but further reading of her Preservation Society cookbook proves that with a mastery of the fundamentals comes the opportunity to riff on whatever you have at market that day.

Her Caesar celery are celery stalks pickled with aromatics and spices matching or complementing the drink itself.

“Taking flavours, known combinations, and recognizing the open form as a starting point to tweak 90-degrees, is a great way to be curious,” Wynne says. “Things in season go together. Read a lot, see what everybody else is doing, and think, ‘Wouldn’t it be great if…’ when working with whatever ingredients you have at hand.”

Q&A with Dana Harrison and Joel MacCharles of Batch cookbook

Cooking is fundamental: Different types of salt and when to use them

Eat North Answers: Why can fruits and vegetables cellar?