It’s June 2020 and Vietnam has been combatting COVID-19 since the end of January. As of today, we have 328 confirmed cases, 293 recovered and 0 deaths. Life in Saigon seems to be back to relative normality here. The once empty streets are now abuzz with motorbikes zooming left, right, and every which way. People are sitting outside on red plastic stools drinking Vietnamese coffee or munching away on grilled BBQ pork ribs with a glass of ice cold beer in hand, cheering, “Một Hai Ba Yo!” with their group of friends.

But for every street eatery that had to put out extra plastic stools to accommodate the post-lockdown rush, there are several that didn't make it. Whole streets of shuttered shops with "For rent" signs, families clearing out kitchen equipment are all a daily reminder of the heavy toll that COVID-19 has taken on local businesses. This is our new reality.

In order to understand why Vietnam was able to re-open sooner than most countries, we need to start with an examination of the measures that were taken at the onset of the pandemic. It’s those measures that now allow me to have a drink in a bar or enjoy street noodles with a group of friends--four months after the first cases were detected in Vietnam.

When China reported its first COVID-19 cases in late January, myself and other Saigon residents were celebrating Lunar New Year. This is when the news about the infections in China started trickling in. At first, it was business as usual. My tour company, Hidden Saigon, was still getting daily requests for tour bookings. (We take guests behind the scenes of modern day Saigon to meet local chefs, restaurateurs, bar owners and local residents to explore their creation and hear their stories.) 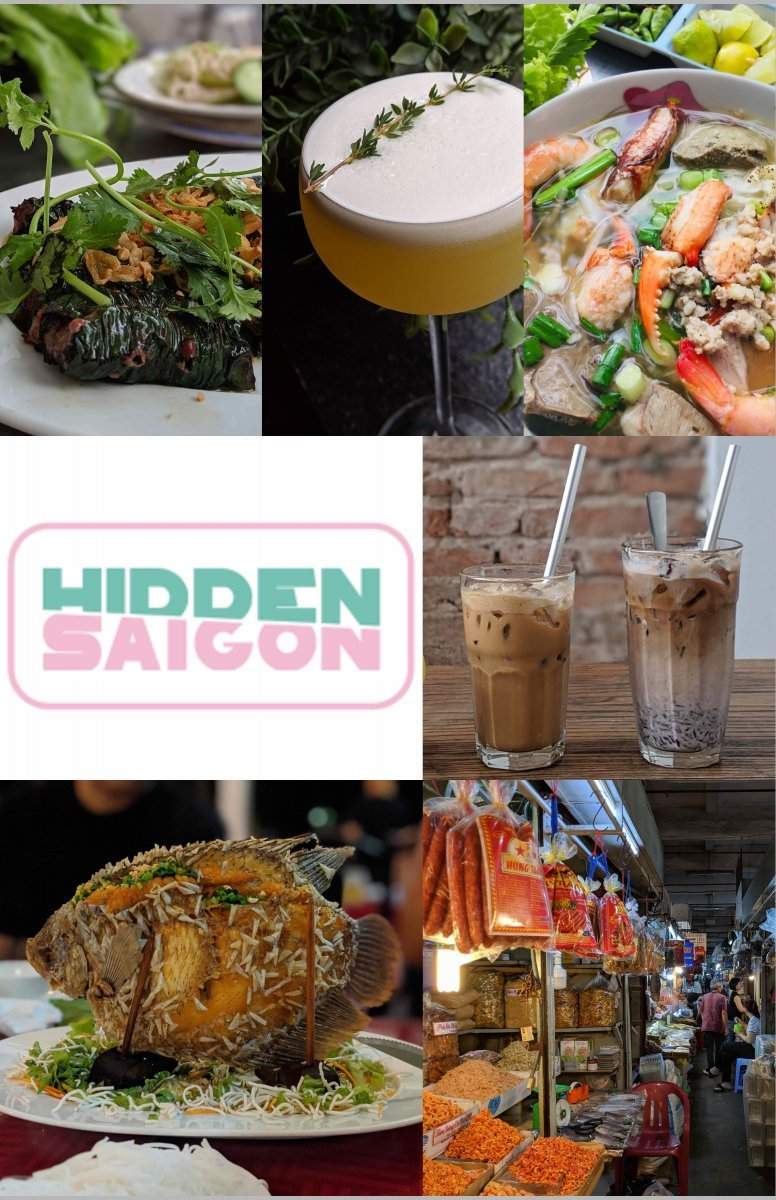 My family in Canada was worried about me, of course–I am Vietnamese-Canadian and have lived and worked in Vietnam for the past 14 year–given Vietnam’s proximity to China. But the Vietnamese government acted quickly: setting up a task force, testing those coming in from Wuhan and then eventually closing off all flights from there. Vietnam has a lot of experience dealing with infectious diseases such as SARS, H1N1, and Bird Flu, so they knew how serious and deadly something like this can be.

Over the next few months, the government had daily assessments, and made decisions quickly. On January 29, all schools, learning centers and afterschool programs, nationwide, were closed.

In February, Vietnam started to see cases appear throughout the country. People were tested, treated, and quarantined. Their movements were tracked and potential cases were also tested and home-quarantined for 14 days. Text messages were sent almost daily to everyone about prevention methods; the government app NCOVI provided daily updates on new cases; and the Health Department even created a music video about prevention methods that went viral when it was picked up by John Oliver.

After the initial outbreak, Vietnam was COVID-free and clear for 22 days with no new cases. We were taken off the United Nations' list of the infectious areas to avoid and the city was starting to get back to normal. It all seemed to be working. 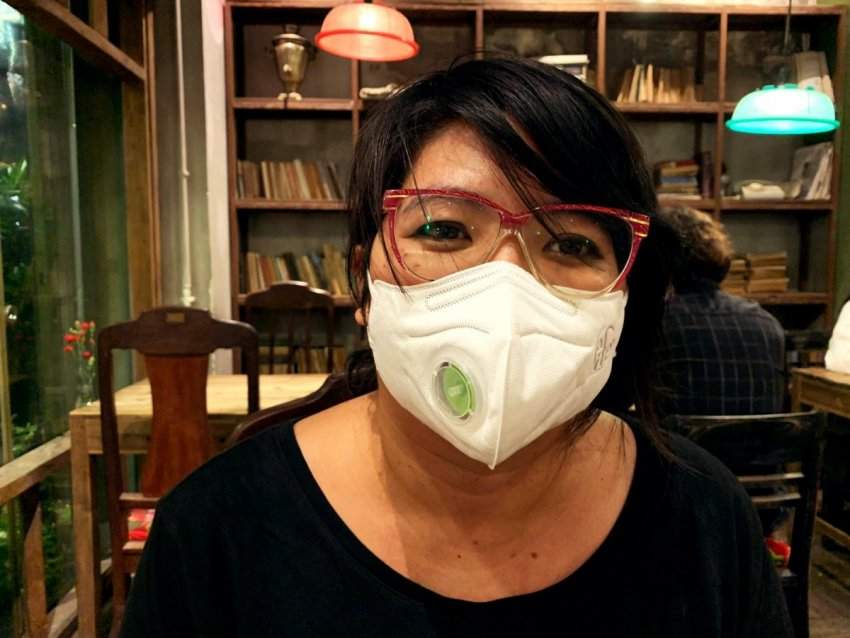 Then on March 2, a Vietnamese socialite flying back from London was found to be infected, which resulted in an entire neighbourhood in Hanoi being locked down. As more people started coming in from overseas, we saw a rise in cases. Everyone flying into Vietnam was placed in government-run quarantine camps for 14 days, provided three meals a day and released only after testing negative three times.

Since Vietnam does not have the money to do mass testing, they focused on targeted testing and contact tracing. Anyone with direct contact with an infected person was also placed in the quarantine camp. People who had secondary contacts were put on 14-day self-isolation in their homes.

The country stopped all international flights coming and going into Vietnam. Masks were now mandatory in public places and since we are already used to wearing masks when we’re on our motorbikes or when we are sick, there was no pushback on this. Then, over a span of two weekends, the government decided to close all restaurants, bars, karaokes, clubs, massage clinics, spas, sports, and public gathering venues of more than ten people. There were more than 30,000 people now in government-run quarantine centres and they were running out of room.

On April 1st, the government called for a 15-day nationwide partial shutdown. All non-essential businesses were closed, including public transport, taxis and app car services like Grab car. People were asked to self-isolate and only go out for essential items like groceries and medicine.

I’ve never seen the streets so quiet in my 14 years of living here. The only bikes that seemed to be on the road were the delivery ones. Vietnam has a delivery culture. Need a fridge delivered? Stick it on the back of the bike and go. Need a bowl of hot noodles delivered? Put it on a tray along with chopsticks, herbs, dipping sauces, balance it in your hand, waiter-style, drive your motorbike with the other hand, and go. Need groceries? Go on Chopp.vn or Marketoi. Promotions abound. BOGO for bubble tea!

People were hunkering down, doing their part and staying in. I took this time to restrategize for Hidden Saigon. We were now in the low season and even if we were to recover quickly, the rest of the world wouldn’t be ready. While our supermarkets here were packed full of food, cleaning products, flour and toilet paper, my family and friends in Toronto weren’t able to find any of these items.

The tourism industry accounts for more than 6 per cent of Vietnam’s GDP and like many other countries during this pandemic, it has been hit hard. The country is slowly reopening and starting to shift its focus on domestic tourism, and I know that come September (our high season), I would have to do the same.

In the meantime, how will my company and I survive?

By early February, all my tours had been cancelled. Hidden Saigon also offers creative workshop programming to schools. All of these were also cancelled or “delayed” indefinitely. There was no work in sight. All I could do is try and keep the Hidden Saigon name topical through social media posts and blogging. As we already had a blog setup, I can finally dedicate more time to it. We started covering the effects of the pandemic on our community by interviewing entrepreneurs, creatives and locals working in all sectors. 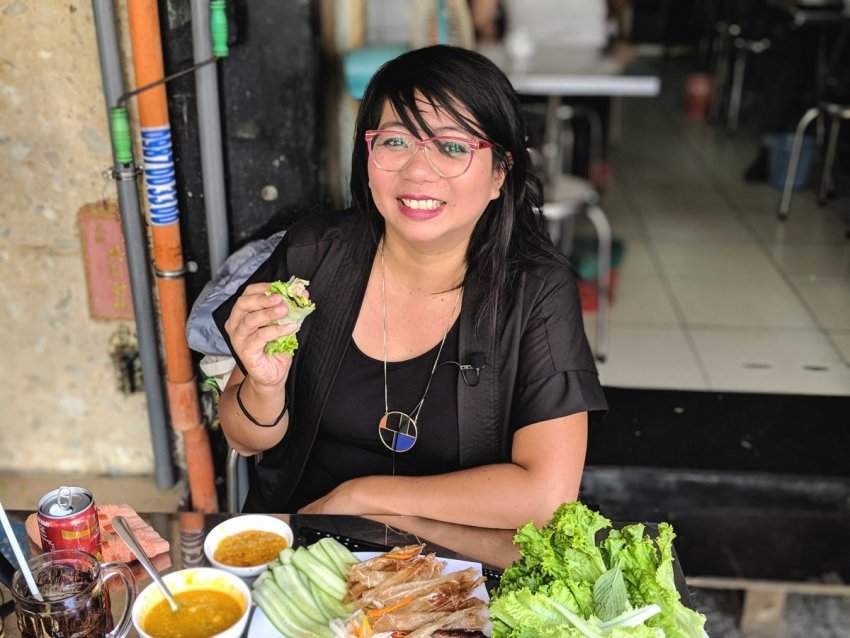 I’m starting to see the affects COVID-19 has had on my business partners. Since the start of the pandemic, the food and beverage industry has been trying everything to survive. When the government closed all food and beverage outlets, my partners, like many other places focused on takeout, increased their social media presence, and some even ran fundraising campaigns. But the little money they made from deliveries was just not enough to pay the staff and cover high rent, and sadly, some of them are permanently closed. A few are taking a break hoping that when September rolls around, they can open back up again, as tourists start returning to Vietnam.

All we can do is improvise. While Vietnam is bouncing back quickly (a recent article by Politico says that Vietnam has responded the best in the world in terms of health and economic impact), our economy and business is also reliant on the rest of the world. We just hope they can recover quickly by steading fast to the techniques we implemented and know that work. Social distance. Stay indoors. Wear a mask. Test. Trace contacts.

Hopefully, in no time, we’ll be able to sit together with family and friends and share a meal, to talk about our next steps.