Although fat no longer seems to be public nutrition enemy no. 1 anymore (thanks to sugar and gluten), choosing the right fat to use in cooking is still a daunting task. The debate is no longer animal fats vs. vegetable oil. Nowadays, it seems like manufacturers are able to squeeze bottles and bottles of liquid gold out of every possible nut, seed, and grain; and all of them have different flavour profiles, smoke points and health benefits. How do you choose between all of them? We profile eight popular oils on the market today. 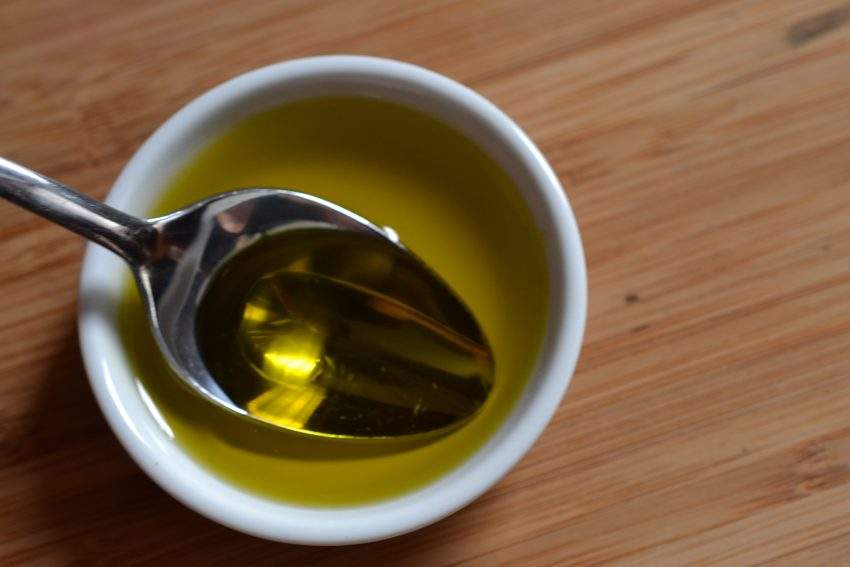 Shopping for olive oil can be confusing to some, with terms like “extra virgin”, “extra light”, “cold pressed”, etc. Extra-virgin and virgin oils refer to oil that has been mechanically extracted; oil with lower acidity (implying higher quality) gets the “extra” label. The pressing and grinding of mechanical extraction generally produces heat, so in order for it to be considered “cold pressed”, the temperature cannot rise above 49˚C (120˚F), allowing the oil to retain as much of its natural flavour and colour. Light, or refined oils, have been extracted using heat or chemical means -- there is usually some virgin oil added back for flavour and colour -- but these oils are usually cheaper, have less flavour and a higher smoke point.

A common myth surrounding olive oil is that it has a low smoke point and is not appropriate for cooking or frying. According to the International Olive Council, however, olive oil has a smoke point of 410˚F. Still, most people would probably want to save their high-quality, cold-pressed, extra-virgin olive oil for drizzling and finishing, not only because it’s expensive, but also because it would impart a distinctive grassy flavour to the cooked food. 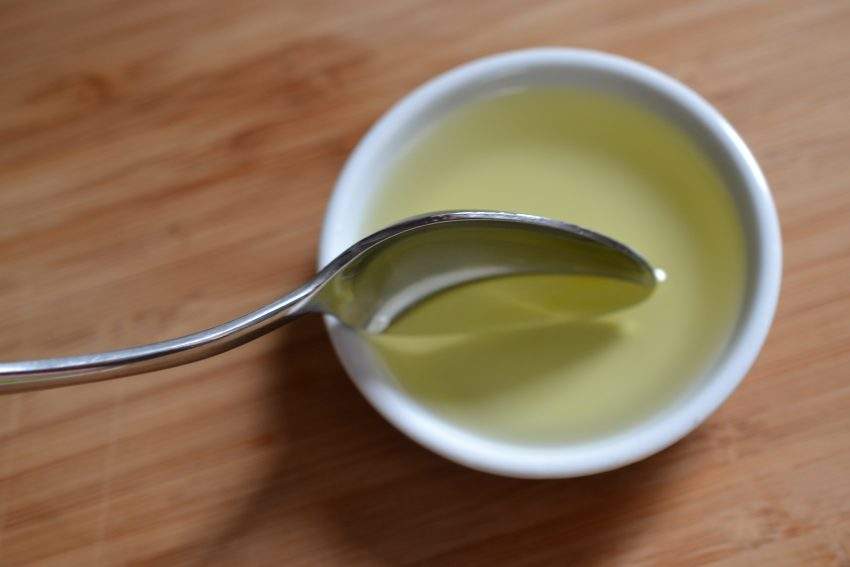 Canola oil is arguably olive oil’s main competitor when it comes to health. Like olive oil, it is primarily made up of monounsaturated fats, but it also has a higher percentage of polyunsaturated fats, which have been shown to improve heart health by lowering LDL cholesterol and raising HDL (“good”) cholesterol. In addition, canola oil is neutral tasting, has a high smoke point, and was invented in Canada! Canola is actually a rapeseed derivative that was bred by the University of Manitoba in the ‘70s.

The current controversy, however, is the fact that 80 per cent of all canola grown in Canada is genetically modified. While I believe the jury is still out on how GMOs affect our health, if you are looking to avoid them, then choose organic, which must be GMO-free in order to be certified. 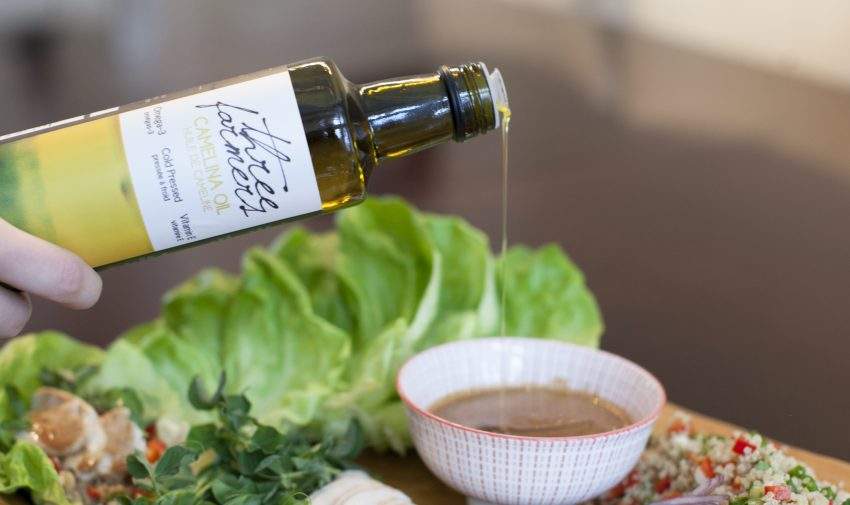 Camelina oil is one of the newest oils on the market, having only been approved by Health Canada as a food item in 2010. It has been steadily picking up steam since the Three Farmers Company pitched this product on Dragon’s Den. It is described as having a nutty, almond-like flavour.

Unlike olive oil and canola oil, camelina oil is predominantly made up of polyunsaturated fats, with most of these being omega-3s – essential fatty acids that may help decrease inflammation in our bodies. Camelina oil is also naturally high in vitamin E – it has about 10 times more than olive oil – which works as an antioxidant in our bodies, and keeps the oil from going rancid on the shelf. 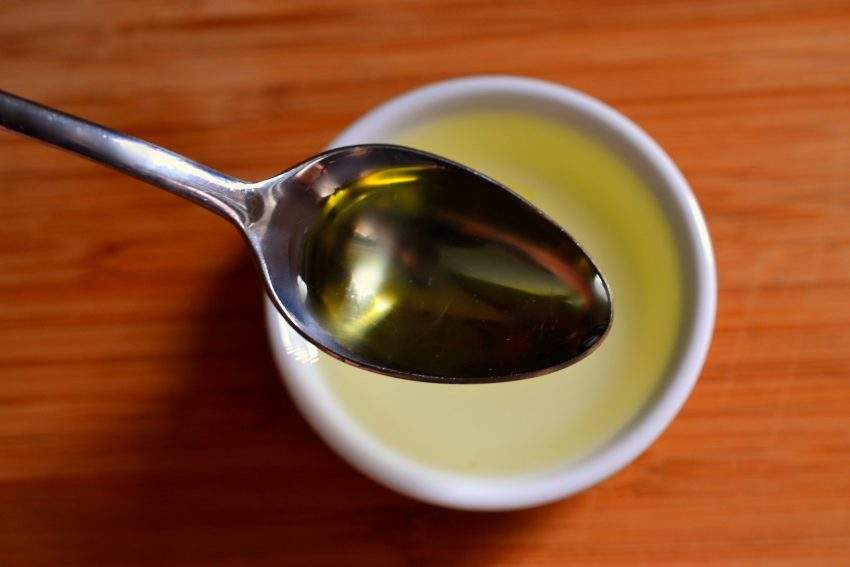 Avocado oil is unique in that it is not derived from the seed, but actually the fleshy pulp of the fruit; so, depending on how refined the oil is, it has a distinctive avocado or mushroom-like taste.

Avocado oil is mostly monounsaturated fats, and is marketed mainly for its unusually high smoke point – even extra-virgin avocado oil has a much higher smoke point than most oils. Because the oil is extracted from the fruit, it does contain chlorophyll and other antioxidants not found in most other oils.

With hemp and chia as the new “little seeds that could” on the nutrition scene, it seems like flaxseed is on its way out, but there are some who still swear by ground flaxseed and flaxseed oil as a source of omega-3s in their diet. Indeed, flaxseed oil is mostly made up of omega-3s, which is good in terms of health benefits, but does contribute to its lower smoke point and poor shelf life – flaxseed oil generally needs to be stored in the fridge in order to prevent it from going rancid. Also, like virtually all plant-based oils, the omega-3 in flaxseed oil comes in the form of alpha-linolenic acid (ALA), which does show some health benefits, but definitely not as much as DHA and EPA, which are mainly found in fish oils. ALA does convert into DHA and EPA into our bodies, but very inefficiently. So, unless you are vegan, remember to still eat fish. 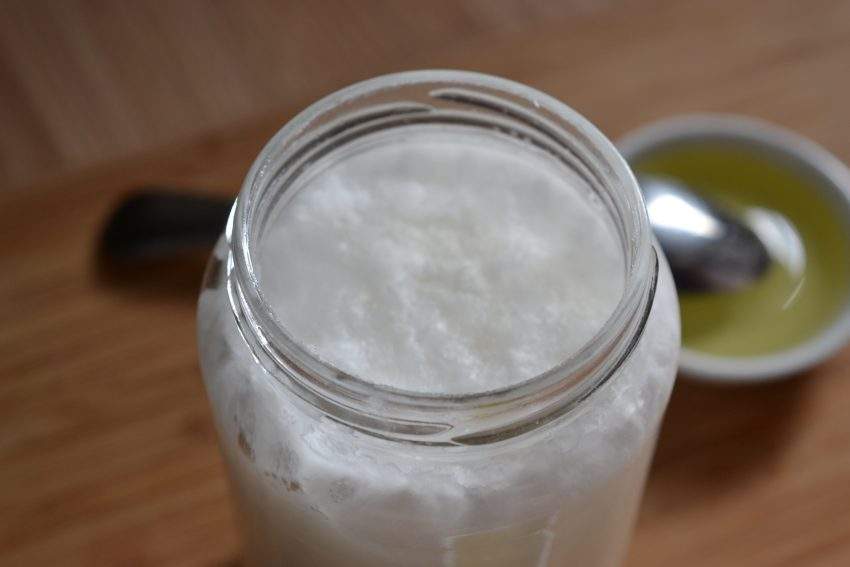 Coconut oil differs from most of the vegetable oils we can find in our kitchen because it is solid, owing to its high saturated fat content. What sets coconut oil apart from other highly saturated fats like butter or lard, however, is that the fat molecules found in coconut oil have shorter carbon chains. Because of this, while coconut oil does increase our cholesterol like other saturated fats, studies have shown that it increases the HDL (“good”) cholesterol, not just LDL. The other claims surrounding coconut oil, however, have less of an evidence base.

Both soy and corn oil are neutral-flavoured, inexpensive, primarily unsaturated fats with high smoke points, making them a good choice for cooking and frying. Unfortunately, it seems like everyone uses them – read the ingredients list of any processed food and one of them is likely to be in there.

One of the theories behind the high rates of chronic disease we see today is because the Western diet gets way more omega-6s than omega-3s; most estimates put it at a 10:1 ratio, but I have seen some reports that claim as high as 30:1, while the recommendation is closer to 1-2:1. Soy and corn oil are both high in omega-6, so since we probably get a lot from the packaged foods we eat anyway, we should probably cook with oils that are lower in omega-6 and choose omega-3 rich foods and oils more often.