We've all been there. Waking up foggy eyed with a mild not so mild headache and lack of zest for life. While eggs, bacon and a few well-crafted Caesars are always a great way to cure a hangover, it's nice to be able to whip up something that's equal parts delicious and good for you.

Ottawa's Kelly Brisson wears many hats as an avid cook, food blogger and writer. With her first foray into screen-time, Brisson's new web series Whoops, I Got Wasted! is aiming to show Canada (and beyond) how to throw together a delicious meal when you're not feeling your best. 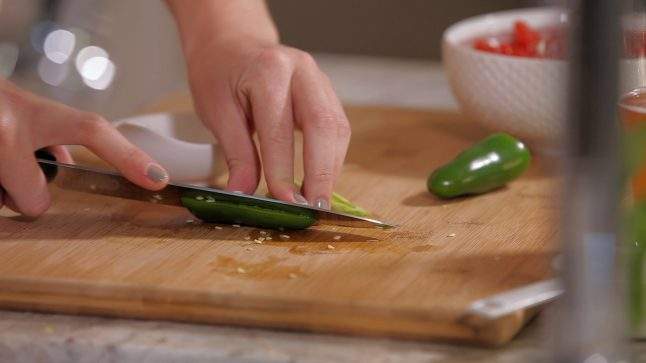 When did you come up with the idea for the web series?

I was definitely hungover, but that's nothing new. I wanted to work on a web series but had a hard time coming up with an original idea that was fun, casual and let me be exactly who I am. WIGW has been a blast to shoot so far, and I have high hopes for its future. If it were to stop being fun, I'd move onto something else. I'm in it for the fun: life has enough serious from nine to five.

How do you "research" good dishes to cook for hangover mornings?

I usually start by looking into ingredients that have been shown to help hangovers and then developing recipes/concepts based around them. Other times, I cook the things that I crave when hungover: greasy, hot sauce-covered, carby anything.

If I was hungover right now and only had an hour to get to work, what is something you could throw together really quickly that would help re-energize me?

Smoothies! Always. I know it's not the most exciting or gorge-worthy, but it's the quickest way to get all those lost nutrients back into your body. A smoothie high in bananas, berries, coconut water and leafy greens is a good place to start.

What's your favourite thing to eat when you're hungover?

Greasy spoon, all day long. I know it's not the healthiest option, but it makes me happiest when I'm feeling gut-rotted and achy. Fried eggs, breakfast sausage and crispy-well spiced potatoes. AND, of course, a spicy Caesar with plenty of pickle-y things tossed in. 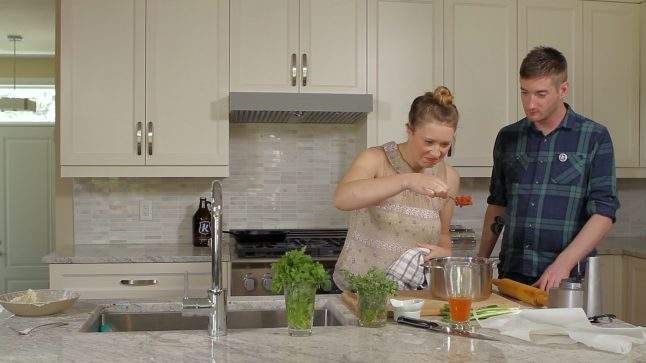 What episode are you currently filming and what can people look forward to this season?

We've just wrapped episodes two and three and will be setting up for four and five in October. In the upcoming episodes, you can expect to see some reputable chefs from around here [Ottawa] sharing their favourite hangover recipes; me, cooking both healthy dishes meant to cure and some that aren't so healthy; interesting people and friends who'd like to learn how to take care of themselves (or stuff their face with the best of us) when hungover. We'll be showing one episode per month, so episode two will drop in early October.

How do you go about choosing your "sidekicks" for the show? I want to be one!

You're only allowed to host an episode if you join me for an evening of gin-and-tonics beforehand. It's rough work, but someone has to do it. And I think you're just the man.

But, more seriously, I've chosen the guests for the first few episodes because they're friends of mine, and I find them interesting and think they'll make for hilarious web TV. That being said, I'm open to anything. I've had a registered dietitian reach out about hosting and I think that would make for an illuminating episode.

Any tips for someone who's thinking of starting their own cooking video series?

Since we've only filmed a few episodes, it's hard to give much advice at this point. We're all still learning how to do this web series thing. I'm extremely lucky to have a talented film and post production crew (Marissa King, Ryan Grevatt, Pat Bolduc). Without them, it would just be me, hungover and scared to death, cooking. That's like every other day, really. Who wants to see that? They've made this show what it is so I highly recommend working with people who share the same vision, are passionate about their craft and want your project to succeed as badly as you do. 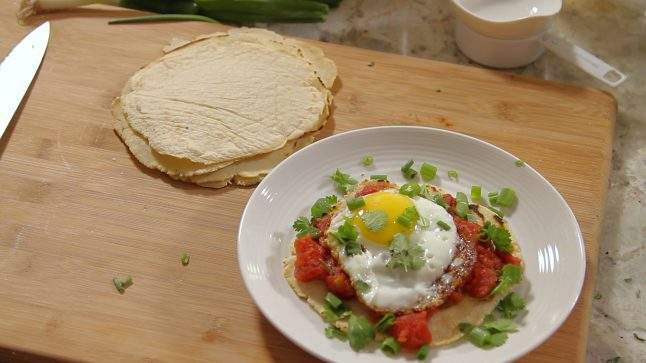 I am a huge fan of using Caesars to cure my hangovers. Should I expect to see a healthy version of a Caesar on Whoops, I got Wasted?

A man after my own heart! I am a Caesar girl through and through (as you may have guessed by now). I wouldn't be surprised if you spied a recipe or two based around the almighty hangover Caesar. Episode two shows you how to make a beer and Clam[ato] brisket that's got a lot of the Caesar flavour but with a heavily hopped beer. The flavour of the tomato, beer and Clamato work really well together.

Do you think that the My Drunk Kitchen girl should be taking your tips when she wakes up in the morning after filming her episodes?

Something tells me Hannah Hart has her hangover recipes on lock-down, but it would be a blast to film an episode of My Drunk Kitchen with her and vice versa. Pipe dreams, my friend, pipe dreams.

For more recipes that aren't necessarily geared towards your hangover, check out Kelly's popular blog, The Gouda Life (get it?) here!