This fall has been a heavy one. The American election was nearly as draining on Canadians as it was for the country's own residents, COVID-19 cases have increased exponentially in virtually every major city and small businesses have been struggling more and more...and then there’s pumpkin spice Kraft Dinner.

Between the pandemic and politics–and writing about the former as it pertains to the Canadian food and beverage industry on the daily–there's no harm in taking a little break from serious topics to focus on something as frivolous and ridiculous as this clever PR stunt from Kraft Heinz Company. 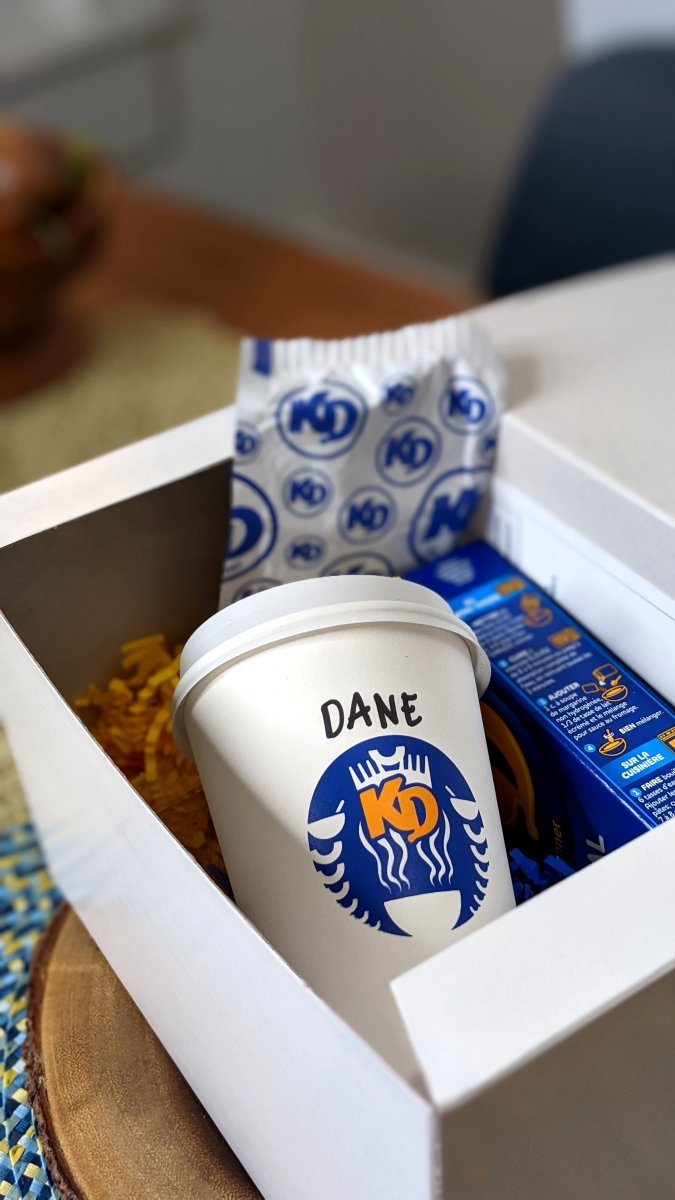 I don't know if my ears exactly perked up with excitement when I first read the news release about the limited edition Pumpkin Spice KD being sent out to 1,000 "lucky" Canadians, but it definitely caught my attention. A playful jab at the hysteria that annually surrounds Starbucks' Pumpkin Spice Latte, people were able to sign up via PumpkinSpiceKD.com (now out-of-service) for their chance to get a taste of this autumn-inspired macaroni and cheese.

And, wouldn't you know it, I wound up being sent the special pumpkin spice kit. Aside from the components to prepare this, uh, unique version of KD, the kit also included a blue fork and a Starbucks-inspired cup–complete with misspelled name–meant to be the vessel for pasta consumption. Being someone who has previously had a clash with Kraft in terms of brand infringement, I do find some irony here.

There was no doubt in my mind that the "booster pack" (a powedered version of pumpkin spice syrup) would make the boxed pasta taste less than desirable, it did make me ponder: Is there a place for the warming spices generally found in the pumpkin spice blend in a chessy pasta like KD?

Making the case for pumpkin spice 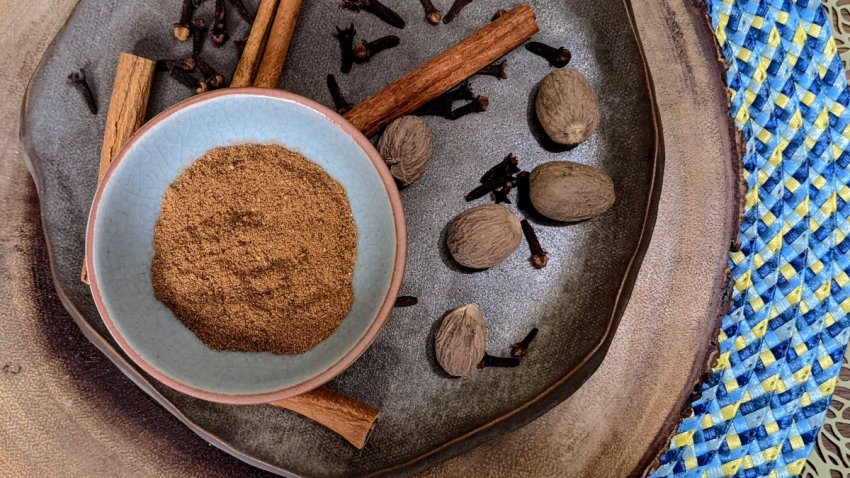 One of the major misconceptions with pumpkin spice–largely thanks to the PSL a la Starbucks–is that it is inherently sweet, which is absolutely not the case. The other is that there is actual pumpkin in it. Also not the case.

Though recipes of the spice blend can vary, it generally includes a mix of ground cinnamon, cloves, nutmeg, ginger and, occasionally, allspice.

An avid home cook will use the spice mix in things such a pumpkin or apple pie, but these types of warming spices can also find a home in savoury cooking as well. Things such as bechamel, shakshuka, pho and virtually any recipe calling for garam masala will typically involve at least one of the spices included in the pumpkin spice blend.

Does pumpkin spice belong in macaroni and cheese? 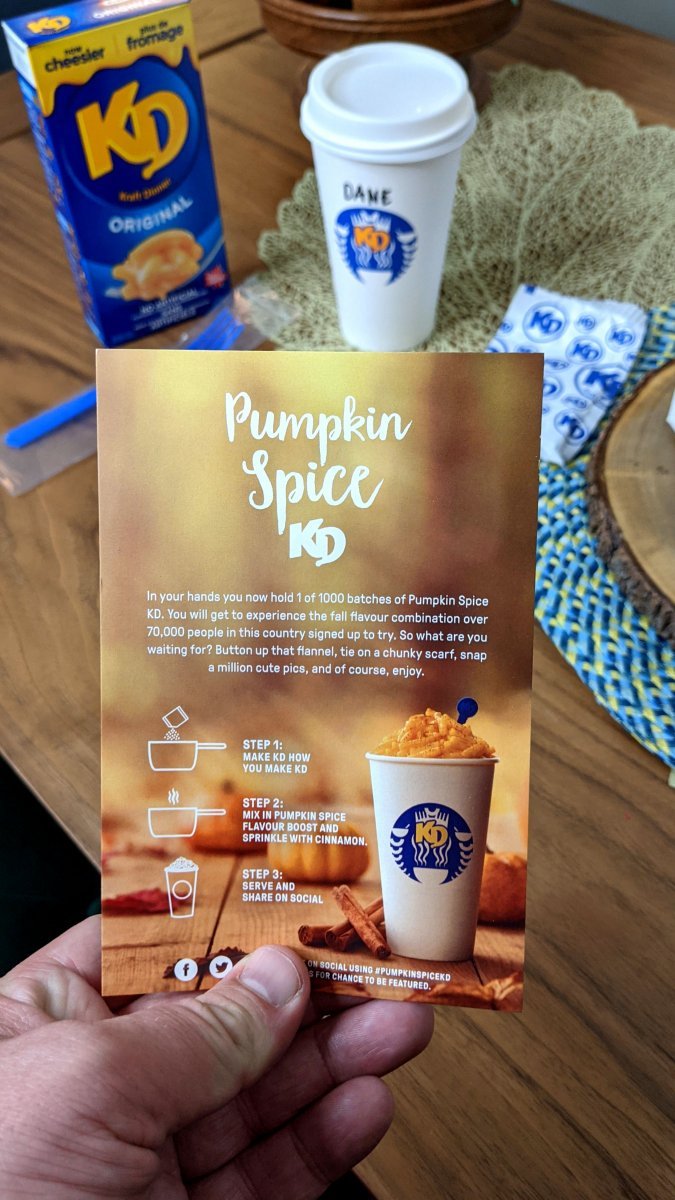 The long answer? Working off the basis that a little nutmeg is found in a classic bechamel, it's a concept that I think is worth pondering and even experimenting with. After all, I've tried to cook up–and have eaten–much stranger culinary creations.

Though Kraft Dinner is by no means comparable to a homemade mac 'n' cheese, making this limited edition version of it along with two other batches incorporating pumpkin spice in different ways was an easy, down and dirty way to experiment with the idea with the help of a friend on a snowy fall evening. 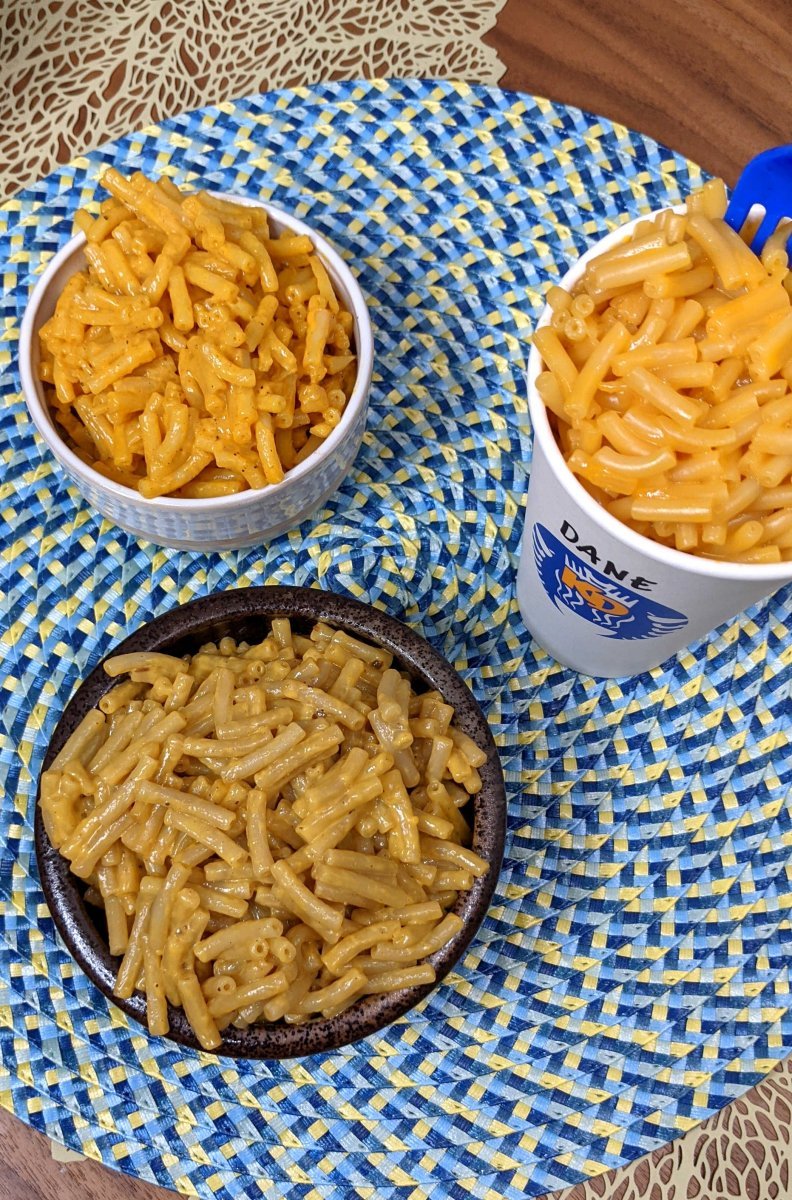 After reading through the ingredients found in the pumpkin spice KD booster pack (primarily sugar, among other things), it was easy to assume that the end result would be oddly salty-and-sweet. For our other two variations of the boxed macaroni and cheese, we decided to add a true pumpkin spice blend to the cooking process at different times.

Variation one: One teaspoon of pumpkin spice mix added to the water before boiling the pasta noodles.

Our thought process with this method was to give the spices an opportunity to cook and mellow out, yielding a more subdued pumpkin spice flavour.

Variation two: Half a teaspon of pumpkin spice mix added along with the powdered cheese, milk and butter.

When it came to number two, our assumption was that a more abrasive, "spicy" batch of KD would result. Seeing as the dry spices are only being stirred in during the final step of the process, there would be little-to-no time to cook. Have you ever seen a video of someone trying to eat a spoonful of cinnamon? This wouldn't be too far of from that. 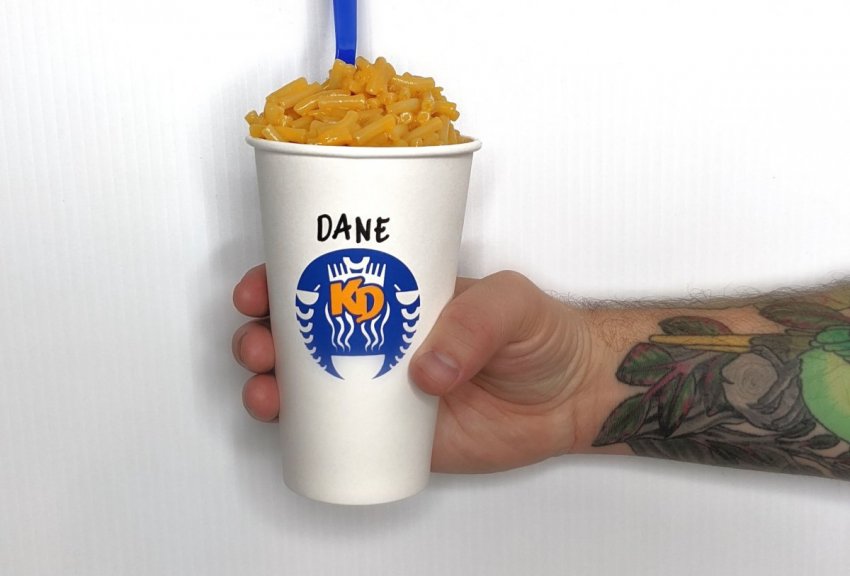 Regardless of the variation, if I never had a spoonful of pumpkin-spiced KD again in my life it would be too soon. I stand by the fact that autumn spices like cloves, cinnamon, nutmeg and ginger can happily find homes in a variety of home-cooked, rich and/or creamy dishes, but they certainly do not belong in a highly processed, packaged food that takes all of ten minutes to create.

But, if we had to pick favourites, here's how the three preprations ranked...

1. Variation one: By far the most palatable. The noodles did turn a light brown, but the pumpkin spice flavour was not horribly overwhelming.

2. Variation two: Though it was hard to eat more than two spoonfuls due the intensity of the dry spices, this batch narrowly beats out the limited edition kit.

3. Pumpkin spice KD: Bizarrely sweet with a paler colour and runny sauce, one spoonful of this was more than enough. Kick the (pumpkin spice) KD, if you will.

Canadian DYK: How KD got its name

Interesting ways to use maple cream liqueur this fall