You know you've got a really good thing on your hands sandwich in your hands when you are taking your concept across the border.

Since opening in 2010, Meat and Bread has proven itself as one of the premier gourmet sandwich shops in Canada, if not all of North America. It has garnered very favourable reviews over the years from pretty much everyone, save, perhaps, vegetarians, but the name does sort of imply that there won't be much for them here. Following the KISS (keep it simple stupid) principle, Meat and Bread's menu stays concise with only a small handful of sandwich options, including its signature porchetta with salsa verde, soups and dessert. 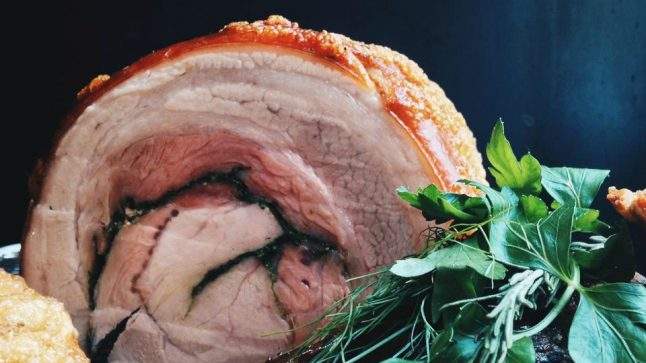 These days, Canada has definitely seen an increase in quality quick-service eateries (see: Watercress Express), a curve that this Vancouver company was well ahead of. With its massively successful location just outside of the Gastown neighbourhood, Meat and Bread expanded to a second location on West Pender Street, another in Victoria and in a few weeks, it will make its big debut in the American market in the Capitol Hill area of Seattle.

This expansion to Seattle isn't really all that surprising, seeing as the two cities share similar tastebuds and are close in proximity. We might be seeing some more expansion from Meat and Bread as I heard (fairly reliable) rumblings last year that the sandwich king had been scouting possible locations in Calgary and Red Deer, Alberta. So, I wouldn't be surprised if we Canadians east of British Columbia will be able to bite into that showstopping porchetta some time soon.