Ten was created with classic Belgium pale ales in mind, but employ new world brewing techniques to produce a modern tasting table saison from Sabro and Enigma hops. The brew is light-bodied with tropical, citrus, and stone fruit flavours, ideal for summer sipping.

“Year after year, we are inspired by the ingenuity, quality and advocacy of what our fellow brewers are doing across the province,” says Brent Mills, Four Winds brewmaster and co-owner. “We are honoured and excited to be brewing Vancouver Craft Beer Week’s 10-year anniversary collaboration beer alongside our great friends at Dageraad and Powell, plus the 30 other breweries who came out to support us on brew day.” 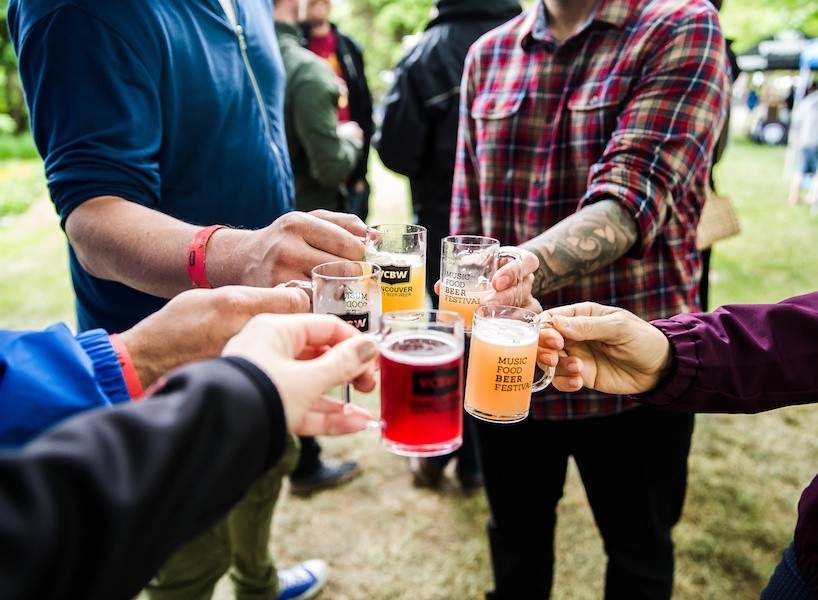 VCBW’s Ten features illustrations by renowned Canadian artist, Luke Ramsey, whose past collaborations include the likes of The New York Times, The Cartoon Network, Patagonia, and The BC Children’s Hospital. The logo is meant to capture the past 10 years of local craft brewery by connecting notable events within that timeframe in the fashion of illustrator Rube Goldberg. Goldberg's cartoons are well known for depicting complicated devices that perform simple tasks in indirect and convoluted ways--which is how the directors of VCBW identify with their 10-year journey.

The VCBW Tenth Anniversary Ale will be available at the three collaborating breweries starting May 17. The commemorative brew will also be available in tall can four packs at select liquor and beer stores on May 21. Additionally, it will be served at the VCBW 10th Anniversary Kickoff Party at the Beaumont Studios on May 31, and on draft at the VCBW Festival at the PNE Fairgrounds on June 8 and 9. Partial proceeds of Ten’s sales will be donated to the BC Hospitality Foundation.