Since it was built in 1982, The BMO Convention Centre has arguably been Calgary’s go-to venue for the city’s special events, consumer and trade shows, conferences, and more.

This past December, the Calgary Stampede and the Calgary Municipal Land Corporation (CMLC) announced that it had built a 100,000 sq-ft addition to accommodate an upcoming $500 million expansion project to modernize and double the current space available to rent at the historic landmark, and today, construction officially got underway. 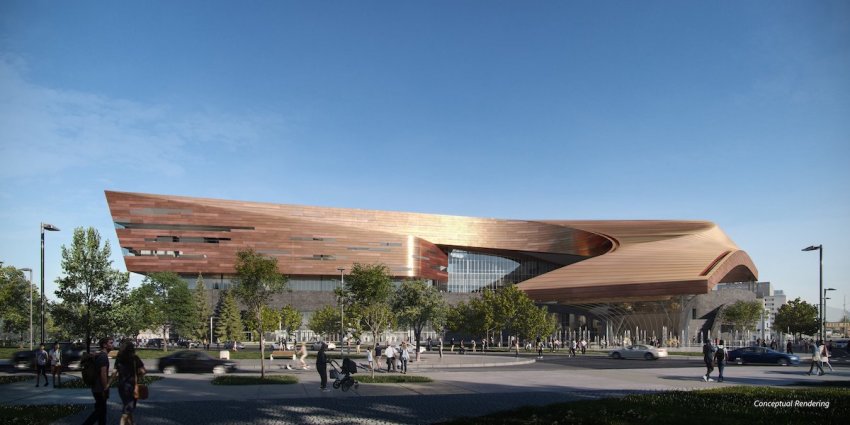 Today’s groundbreaking is a key moment in the larger-scale Rivers District Master Plan that aims to grow the city’s downtown culture and entertainment district. Upon completion, the space will become the largest convention centre in all of Western Canada, which according to CMLC, will give Calgary top-tier destination status in the competitive international meetings and conventions market.

"I'm so pleased to see the BMO Center expansion progress," said Mayor Naheed Nenshi in Calgary Stampede's announcement today. "We are solidifying our role as the ultimate host city, while creating new jobs and economic activity in the creation of a vibrant Culture + Entertainment District in Victoria Park."

The project timeline is currently on track and is expected to be completed by June 2024.

Canadian DYK: The 2019 Calgary Stampede held a pancake breakfast that only produced one bag of trash