If you love food but haven't been on Gusto TV, you're missing out. The food and lifestyle website airs everything from old cooking shows, like Licence to Grill with Robert Rainford, to originals like the new A is for Apple. In the new show, chefs look for ingredients that start with a given letter of the alphabet, then create dishes using each, as well as both, the ingredients.

Chef Robert Jewell, one of the three hosts, landed his first kitchen job as a dishwasher at Teatro under chef Michael Allemeier (who you may recall from Cook Like a Chef), and eventually moved onto become the brand chef for Double Zero Pizza with the Concorde Group in Calgary, AB.

Jewell chatted with us about the new show, as well as where he goes to eat and drink in Calgary.

Has appearing on television been something that interested you or were you approached for this show?

I think a lot of chefs see TV as the pinnacle that really shows you made it. I've never looked at it that way and I've never pursued it before.

I really love my time in the kitchen with my teams, creating for our guests. When Gusto TV approached me to audition for the show, I was really flattered and told myself, “Well, Robert, if they are approaching you, you should pursue it.”

Most chefs are obsessed with competing on reality shows, like Chopped and Top Chef. To you, what makes this show unique?

I have never been a fan of the reality cooking shows, except to cheer on my fellow Calgary chefs. They always seem to make people look bad and stir up drama. This show is unique because it takes the viewers back to basics and shows them that the kitchen is a fun place to create and enjoy. Its about food and the people you want to share it with.

Gusto TV did auditions across the country to find their hosts. Does regional cuisine come into play in the show?

I did a huge variety of styles of cuisine--Moroccan, Thai, French, American, Canadian, Turkish. I really wanted to showcase the fact that you can create all these at home whether you’re in Calgary, Saskatoon or Brandon.  I had a conversation with Chris Knight, the CEO of Gusto TV and a major foodie, and we discussed Canadian regional cuisine, specifically Calgary, and neither of us were able to pinpoint something that really makes Calgary, Calgary.  We have such a fresh, young and dynamic city that it would be a shame to have something that limits us in our culinary world.

You didn't do a lot of TV appearances before A is for Apple. What was the learning curve like with filming a show like this?

I had done a few morning spots on Global and whatnot to promote restaurants I have been a chef at; that’s actually how Gusto TV found me.

This was a very different experience. For one, you get to work with the director hands-on and help bring the vision to fruition together.  There were some difficult things at first, like finding the camera you’re supposed to be looking at and not stumbling over your words, but those things passed fairly quickly.   The encouragement from the crew and everyone really helped.

Who do you think will be the first person to ask for your autograph? Aside from me, obviously.

Other than my biggest fan Dan Clapson, I think the first person to ask for my autograph will be my parents!

This one is tough, being a chef, breakfast is rarely on the menu. My new favourite go-to is Suzette Bistro by chef Dominique Moussu. Going through the small entrance and being transported to the east of France is like a dream… le sigh.

Goro+Gun. There is nothing more satisfying then sitting in the downtown core and enjoying a big bowl of ramen alongside some of the best sushi in the city. It's always bumping and always dynamite. 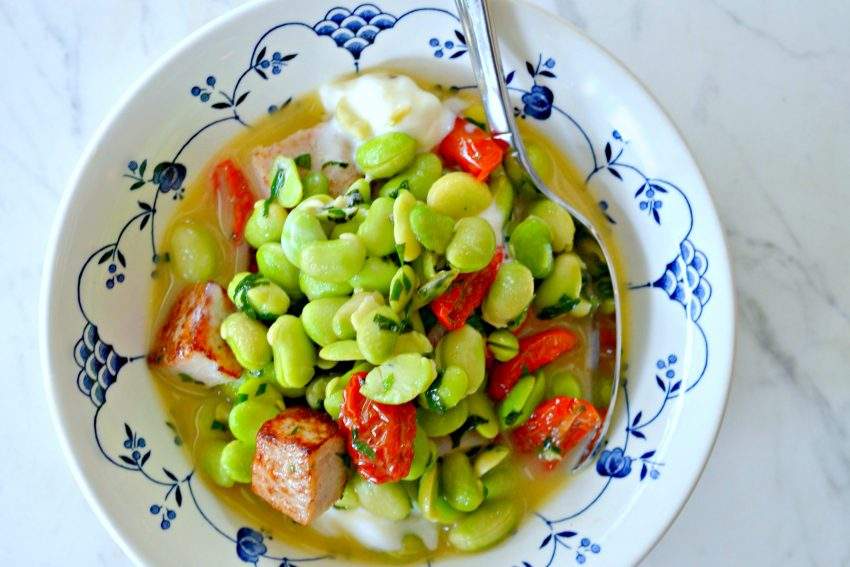 Pigeonhole. There’s a reason it received [the title of] best new restaurant in Canada. Chef Garrett Martin, under the guidance of chef Justin Leboe, is a match made in culinary heaven.

Bourbon Room. It oozes class and sophistication, not only from the impeccable drink menu, but the oasis it provides inside the madness of National.

Thai hot and sour soup with shredded chicken and lemongrass