Saskatoon Spruce may be new and unknown to many Saskatonians, but owner and cheesemaker Kevin Petty’s knowledge is the product of centuries of cheesemaking by European monks.

Petty’s cheesemaking journey started four years ago when he travelled to the Swiss Alps to attend a friend’s wedding. After the wedding, the group toured the Alps together and visited a traditional cheesemaker at the top of a mountain, where they and tasted slices carved off large wheels at the shop. Unsurprisingly, the idyllic image of the wheels aging on wooden shelves stayed with Petty. It got him thinking about Saskatchewan and its current lack of handmade traditional cheese. 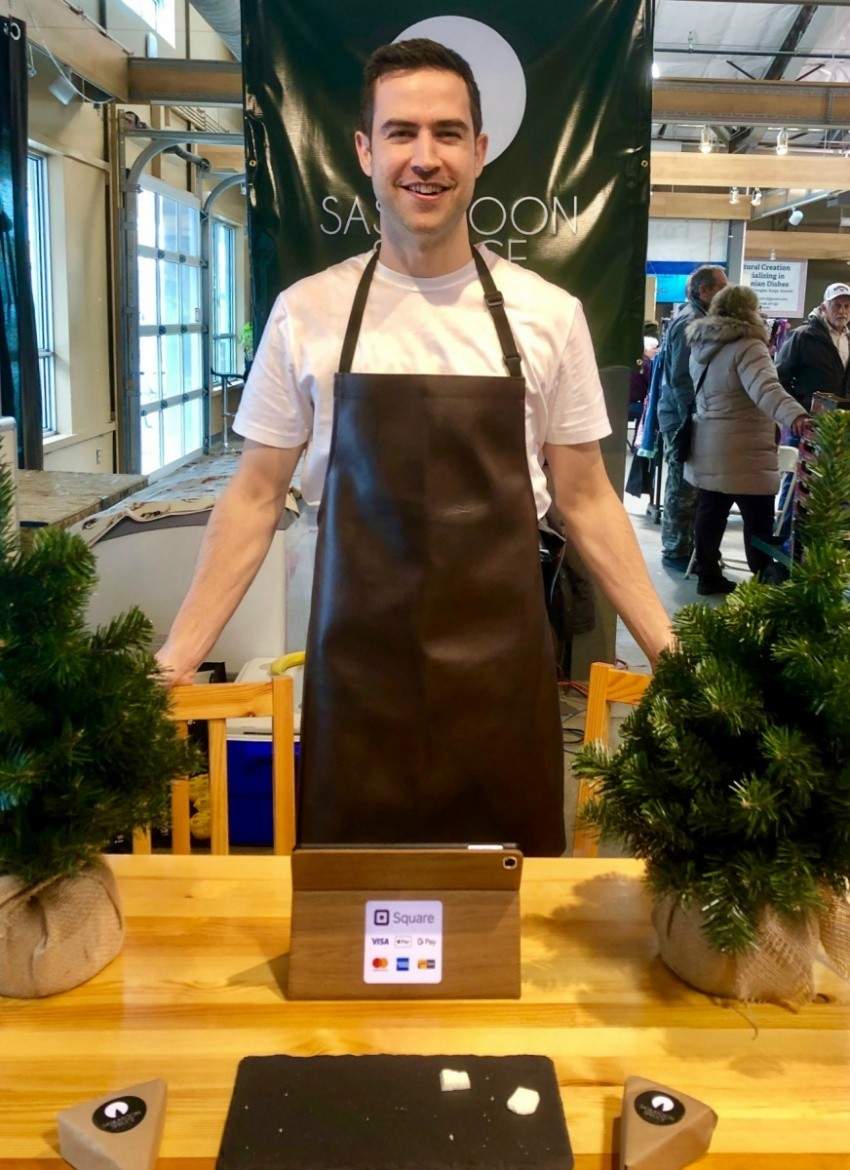 “I thought there was an opportunity there,” says Petty.

With that thought and fascination, Petty began experimenting, trying to make cheese at home, but without much success. To give himself a stronger foundation, he went on a Saskatchewan cheese quest, visiting and learning from those that failed before him.

Then, he heard about Brother Albéric, an 84-year-old French monk at the Notre Dames des Prairies monastery near Holland, Manitoba, who made Fromage de la Trappe cheese with unpasteurized milk for 60 years.

Brother Albéric is now retired and was the last person in Canada making cheese using traditional Trappist techniques. He joined a monastery in Quebec as a teen and learned how to make cheese. He was allowed to bring the recipe with him when he moved to the Manitoba monastery in 1967 and established a new artisanal cheese shop.

Before he retired, he also passed along his methods to Dustin Peltier and Rachel Isaak, chefs who run Loaf and Honey, a catering company near Winnipeg. The couple sells their Prairie Tradition cheese (made in the Trappist style) at several locations in Winnipeg and through their cheese factory in Woodlands.

“His process was simple and efficient. He handmade everything and used raw milk. He aged his wheels on wooden shelves,” said Petty.

Armed with new knowledge, gleaned from centuries-old traditions, Petty got to work. Motivated by a career promising autonomy, the 32-year-old father of a newborn girl moved the cheesemaking process out of his home and rented a commercial space in a town north of Saskatoon.

“Ultimately, the goal is to make a little bit of money and love what I do… choose where I sell the cheese and what kind I make,” says Petty.

His Welsh Caerphilly--made with raw milk for its ample bacteria varieties--is a dry, hard cheese that crumbles easily. It delivers a flavour that becomes more robust when it’s served at room temperature (all the better if you’ve got a nice chutney or marmalade to serve alongside).

“You get more diversity of flavours and it’s the traditional way to make cheese,” says Petty. 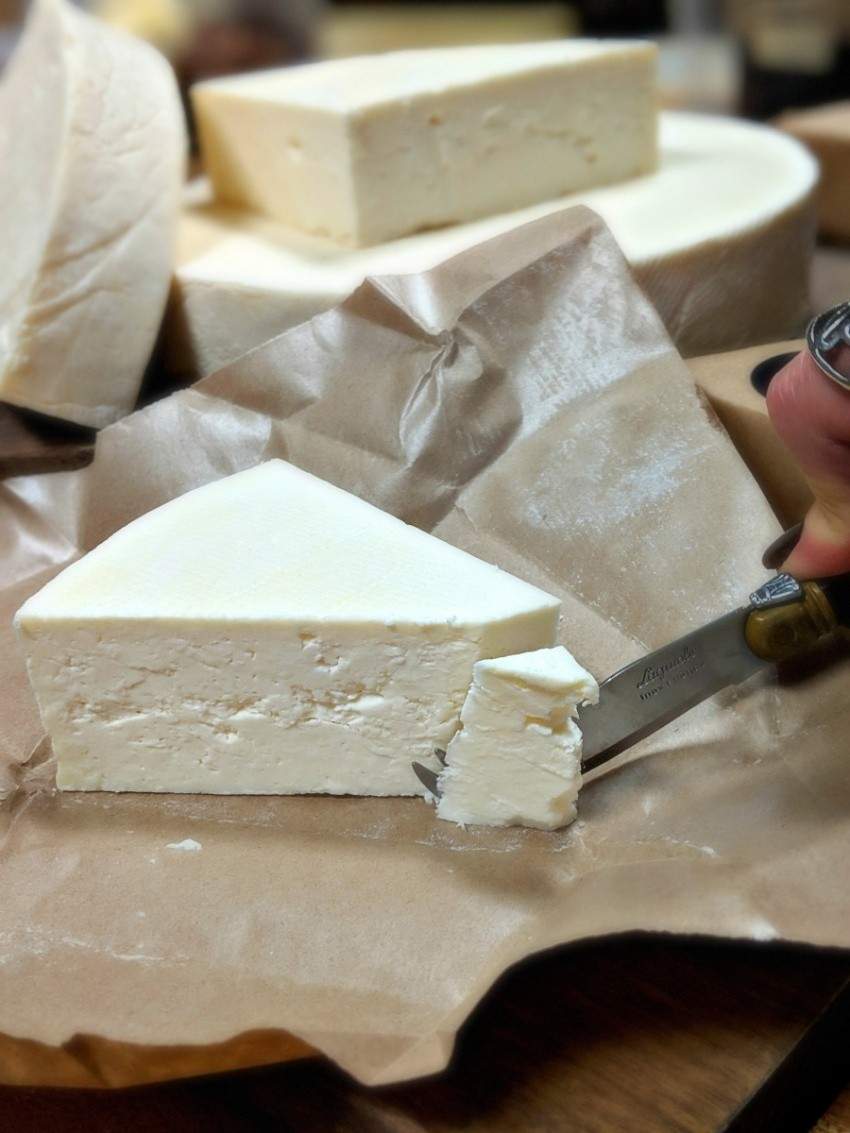 His raw milk, bought through Sask Milk, always comes from the same dairy and is triple-tested before Petty uses it for cheese.

To meet Canadian food safety regulations for raw milk cheese, Petty must age it for at least 60 days and has it tested regularly. For the aging, he uses spruce boards, cut from trees in Northern Saskatchewan near Big River, which gives a taste of Saskatchewan terroir in every bite.

“Cheese ages so well on spruce. That was the whole drive–the relationship between the cheese and the wood and the humidity exchange.”

Not only is Petty looking to win customers over with the local offering. As the ultimate test, he is taking a wheel of his Welsh Caerphilly cheese to Brother Albéric.