Throughout this season of The Amazing Race Canada, the Lavoie sisters—Lauren and Joanne—proved that their bond was a force to be reckoned with. In any leg of the race, there was never a dull moment when they were around.

Their commitment, spunk and determination paid off as they made it to the final three, competing for the grand prize. We got to chat with them about this once in a lifetime opportunity, being the first team on the show that’s from Saskatchewan, and we asked them a few things about their hometown of Regina. 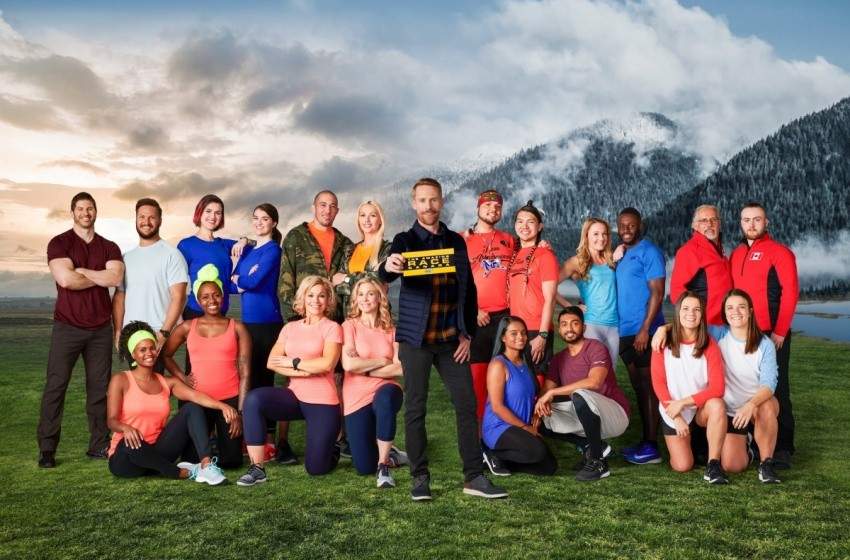 What has it been like to be a contestant on The Amazing Race Canada?

L: It’s was really incredibly cool, but also incredibly testing. Both Joanne and I watched the show for years, so to actually be competing on it has been this surreal “pinch me” experience. It’s also been the most difficult thing that either of us has ever done.

Did you have a favourite location this season?

J: A big favourite for me was Wolfville, Nova Scotia. We had never been to the Maritimes before and it didn’t disappoint. It was so beautiful and the people were just incredible.

L:  Yellowknife, NWT. I loved it, I need to go back up north.

What was your favourite challenge?

J: My favourite had to be zip-lining over the Ajax Mine Project (B.C.) in episode one. It was incredible, the view was unreal, and I really had fun with that challenge

L: I loved going under Great Slave Lake in Yellowknife (episode three). That was the coolest thing ever, and actually very cold; but being able to be up in the north and then doing a polar plunge blew my mind.

What was your biggest takeaway or lesson from this experience?

J: As loud as I am, I’m kind of a shy and timid person. The race showed me that I don’t have to be scared of anything anymore, especially after I bungee jumped and almost died on a dirt bike. I also got closer with my sister and I couldn’t imagine having a better partner beside me as I did the hardest thing in my life. We wanted to be great role models and very strong women who can do whatever we put our minds to and we’re hoping we gave that this season.

Any secrets on what got you to the top three?

J: As much resilience and determination as we had, a lot of luck goes into it. There were times we were minutes away from being eliminated and somehow we made it through.

Did you have fun in any food challenges?

L: Oh yeah, I got to taste some fun jellies and jams in Wolfville. I had never had jellies and jams that were savoury with herbs and spices. I was really used to the sweet and sugary jams. I had a lemon jelly with chives in it and it was very interesting for me.

J: I didn’t really get to eat anything. I just got to watch Lauren try and decipher all of those spices and that was hilarious in and of itself.

Any go-to snacks when you’re on the road for The Amazing Race Canada?

L: You can’t underestimate a good Clif Bar. They were awesome and there are so many different kinds of them, so you never get sick of them. And apples; I grabbed one everyday from whatever hotel we were at.

You’re infamous as Vine stars with one video in particular that included a McFlurry. What is your favourite flavour?

J: I like a Smarties McFlurry. It’s actually the one that caused the problem in the now-famous Vine video.

We know you are full of Prairie pride. What is your go-to restaurant in Regina?

J: I absolutely love the Copper Kettle. You cannot beat the pizza that is there. You will find me there almost every weekend, stuffing my face.

J: The Green Spot is amazing. It’s always packed and the staff is always so welcoming and nice. Even if you are a bit grouchy and haven’t had coffee yet, they’re still so lovely.

L: Hunter Gatherer is fantastic. They offer a great selection of vegan and vegetarian options. And they’re open for breakfast, lunch and dinner.  As a vegetarian, there are only certain things on most menus that I can have so it’s really great that I can go and order almost any item on the menu.

Sweet Tooth Rolled Ice Cream and Waffle Tacos is super awesome. It’s this pink bus that is open seasonally, and as soon as it’s parked somewhere, everyone just flies to it. They do a really, really good rolled cherry cheesecake ice cream. They also do a great ice cream for dogs, so my puppy quite loves that.

L: A big thing for us from the race is that there are so many times in our lives when we only took a chance when we were sure it was going to go well. The strength that we found in being uncomfortable… I gave up my job before we went on the race and it was such a departure from the comfortability we were used to. I really hope everyone at some point in his or her life tries something that scares them.

J: You only get one shot on this earth so why would you limit yourself to just living your everyday life? Go out there and do the things that scare you because it could absolutely change your life and push you down the path you were wanting and dreaming of.