Talk to any Canadian and they can tell you tales of passing fields of corn, wheat and canola on their sojourns across this beautiful country. Head to southern Ontario and MacKellar Farms, though, and you might be a bit shocked at the choice of crop this fourth-generation family farm has decided to grow.

Led by 26-year-old Jacob MacKellar, MacKellar Farms is the first producer of 100 per cent naturally grown edamame in Canada. Frequently consumed in Asian restaurants, edamame is a soybean known for its high fibre, protein and nutrient qualities. While 99 per cent of edamame sold and ate in Canada comes from China, the soybean produced by MacKellar Farms offers a non-GMO and Canadian alternative that competes in taste and size.

“It seemed like people were tired of the traditional soy-based products which are highly processed and often times genetically modified,” says MacKellar. “This is a nice, clean, very simple product people can supplement into their diet and still have the health benefits of soy.”

Available frozen in both pod and shelled varieties, MacKellar Farms’ edamame has a sweet, savoury flavour a bit different from Chinese varieties because of the contrasting growing conditions. 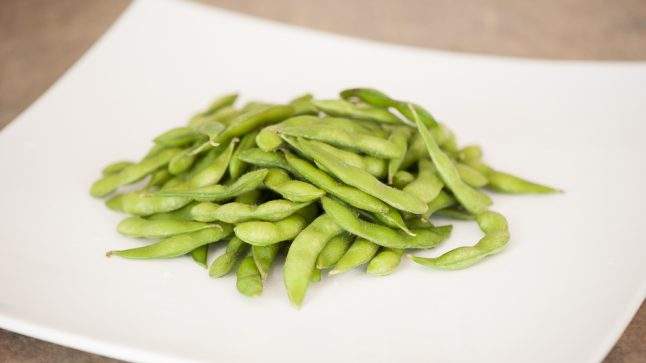 “In Canada, we have cooler nights, compared to southern China where it’s hot during the day and it’s hot at night," explains MacKellar. "They don’t get a daily sugar cycle when their crop is growing in a field.”

MacKellar’s edamame is also grown using environmentally-friendly and sustainable farming practices, such as water conservation and no soil disruption (no-till). Unlike other crops in Canada, Jacob and the rest of the family have had to develop their own techniques for growing the young soybean, as it has not been done on such a large scale before.

MacKellar continues: “There's really no support programs for edamame production in Canada. There's great insurance and marketing programs for the big commodities farmers produce, but when it comes to edamame, it's so specific and niche that we're entirely on our own. There's certainly no manual to say this is the variety of edamame that you should grow, this is how you should produce it, this is how you should harvest it, and these are markets that you could sell to. It's just kind of one big challenge all the way through.”

With the knowledge, skills and intuition of four generations working the family farm, it’s not surprising that MacKellar Farms has been able to grow successful crops of edamame since 2010. Their products are now available coast to coast.

So, what is MacKellar’s favourite way to eat edamame?

“My favourite way to eat edamame is actually plain,” he says. “Maybe that just makes me a plain boring farmer, but I'm always identifying different tastes, different varieties. I always want to know exactly what our product tastes like just on its own, because not everyone is putting salt on their edamame or making recipes. As long as I know we're on that right track, taste-wise, I’m happy!”

A day in Paradise Fields with chef Spencer Thompson