To say that Canada’s northern food scene is growing is accurate, but here’s the caveat: very few Canadians are aware of the vast array of flavours and innovative dining available in place like Yellowknife, Northwest Territories. Sure, we may expect muskox, ptarmigan and moose from chefs like Robin Wasicuna; but even Wasicuna regularly dishes up gourmet burger and creates desserts with the finest, most fragrant flourishes. Thus is the paradox of being an ambassador for a food region that Canadians, even well tread and well fed ones, really have no exposure to.

This was the reason for our evening at 12 Acres, where Wasicuna and St. Albert chef Cory Rakowski collaborated to school diners on regional food.

As the duo revealed each of the evening’s six courses, the room volume grew with ooohs and aaahs. Our table neighbours, the Taylor-Smiths, regaled their food adventures over glasses of Fernie Brewing brown ale while noshing on a smoky and sweet plate of shaved beef tongue, wheat berries and Einkorn tuiles, all lovingly drizzled with a Saskatoon berry and birch syrup.

When Tim and Carolyn Taylor-Smith visited a small suburb in northern Paris a few years ago, they met a lovely Belgian dame with whom they shared a bottle of Pineau des Charentes (a French dessert wine) into the starry night. For years after that, the Taylor-Smiths searched for the bottle on wine lists, from San Francisco to Montreal, but it wasn’t until a fateful trip to Yellowknife that they found the bottle at a small (now closed) French bistro. With their quest was over, the St. Albert couple can enjoy the unicorn of French dessert wines at 62 degrees north, without so much as opening their passports.

As Taylor-Smith’s shared their Canadian food adventures over ling cod belly stuffed morels and medium rare prime rib resting on an pomme puree with kimchi, we asked what they were expecting from “northern cuisine”. 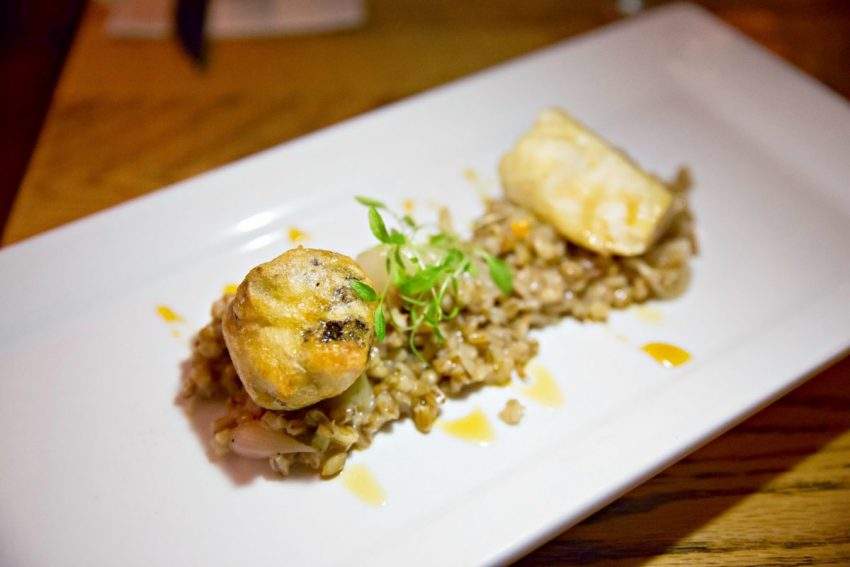 “We were curious to see what was going to come from Yellowknife,” they said, not being able to put their finger on what northern cuisine is.

For Rakowski, the 12 Acres dinner was an opportunity to continue his northern ingredient education. The Gold Medal Plates finalist met Wasicuna last spring in Edmonton.

“Several chefs collaborated on cooking Northern foods, such as bowhead whale, char, musk ox, walrus, ptarmigan, and caribou,” said Rakowski. “It was an enlightening experience, and gave me an enormous amount of respect for the culinary abilities of the Inuit and other Northern peoples. It's not easy making walrus taste delicious!”

By all accounts, the restaurant business in "The Knife" is small, delicious and cutthroat. A decade and a half ago, the restaurant community welcomed Wasicuna, who with a booming voice, pulls no punches and embodies type-A sensibilities when it comes to making and plating his meals. Since then, he has worked tirelessly with local flavours to introduce them to an expanding audience. In 2011, Wasicuna opened the wildly successful Wiseguy Foods food truck, serving up odd but addicting burgers. Last summer, his summer expanded when he opened the tiny, perky Twin Pine Diner.

While Wasicuna’s loves his northern ingredients, he’s just as passionate about educating people on combining cultures, techniques and tastes. His prime rib was a combo of French and Asian flavours, while his savoury-sweet dessert fully embraced Arctic-Prairie love by combining the profiles of juniper, wild cranberries and award-winning Crown Royal Northern Harvest rye. The only slightly saccharine cranberry cake was punctuated with rye-soaked cranberries, topped with mint-roasted sunflower seeds and sat on a bed of juniper berry gremolata. 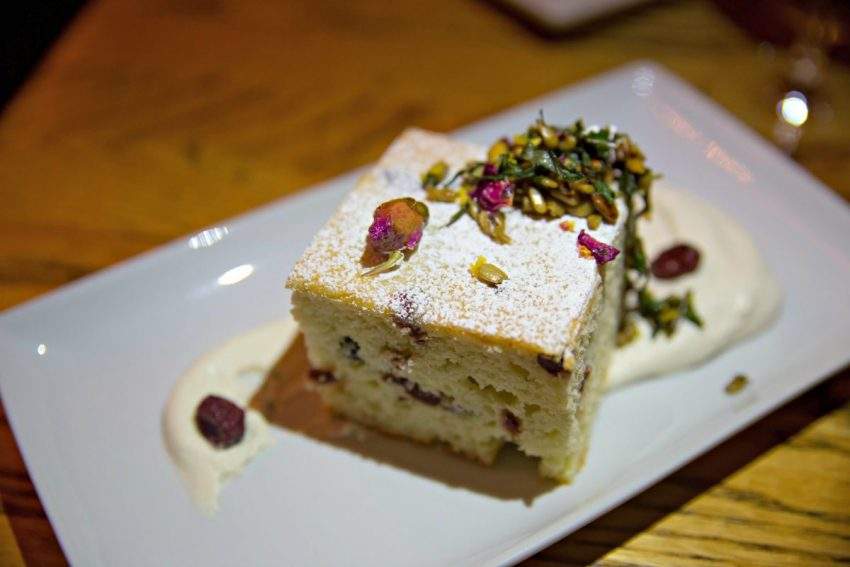 The candied rose bud was a delicate and ideal end to a four-hour lesson in eating, socializing and mixing prairie sensibilities with northern tenacity.

“I had no idea cranberries grew so far north… Watching Robin get excited about [cranberries] was a lot of fun,” says Rakowski. “Seeing this big, burly, tattooed hardass hold these beautiful, tiny berries, and seeing his eyes light up was awesome.”

(All photos courtesy of Karlynn Johnston.)

The food scene heats up in Yellowknife