There’s no denying that beer is, primarily, made with dudes in mind. Let’s not kid ourselves.

I’ve never seen a bottle of beer with a scantily-clad guy gracing the label, all greased up, hair majestically blowing in the wind, delicate thong providing just enough coverage to keep it from being classified as pornographic.

I appreciate a beautiful woman as much as the next person, but come on; if a company is brewing good beers, nudity is not necessary. In fact, I think that if a brewery comes up with a kick-ass product, but throws a lewd label on the bottle, they’re not going to receive the attention they deserve for the quality and flavour of their creation. Instead, beer lovers like myself will question the company’s choices and move on to the next brew.

That said, the times, they are a-changin’. Folks are getting wise to the fact that both men and women (gasp!!) drink, make, and are involved in beer. 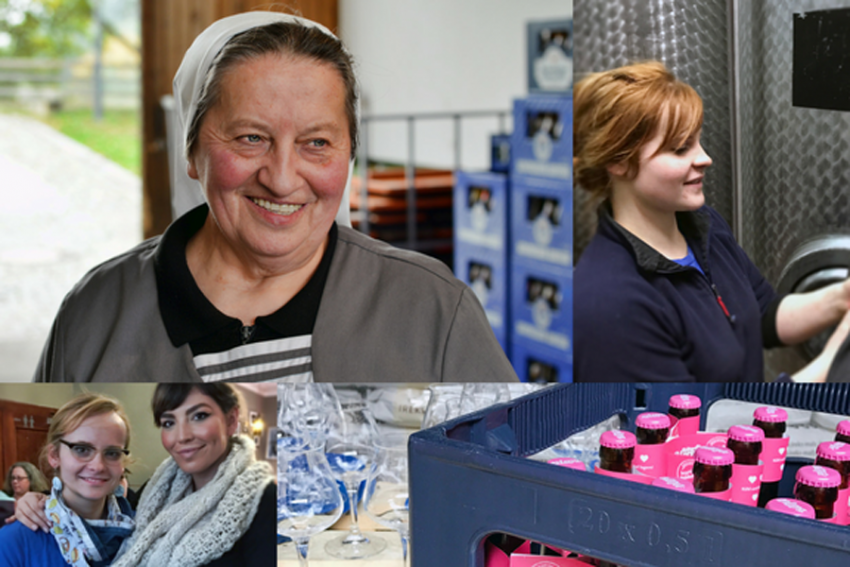 A little while ago, I had the honour of travelling through Bavaria with a group of incredible women from the Pink Boots Society for a Beer, Bratwurst, and Beyond trip, where we visited a wide variety of breweries: centuries-old brew houses, brand new facilities, and nun-run joints with the most fascinating of people at the helm (like Sister Doris, and Moni and Gisi Meinl-Hansen, pictured above). The majority of the breweries we visited were led by women, some were carrying on family names, others were challenging the rules and borders of the ever-so-stern Reinheitsgebot, but all were women who were really making a name for themselves in a male-dominated industry.

Here in Canada, we have the advantage of being a young country, and that means that all of our breweries are really new, by European standards. We don’t have hundreds of years of tradition, stereotypes, and cultural norms guiding the trade in the same way that many older countries do. In fact, women in Canada are doing some pretty amazing things in the beer world: opening a brewery, being brewmasters, brewers, or working in the industry in some other way. If you ask them, which I did, they feel pretty equal to their male counterparts. I’ll raise a pint to that!

So, who are some of these libation superstars? I interviewed six women from across the country to get their take on their start in the industry, and picked up a few tips for those looking to get into beer. 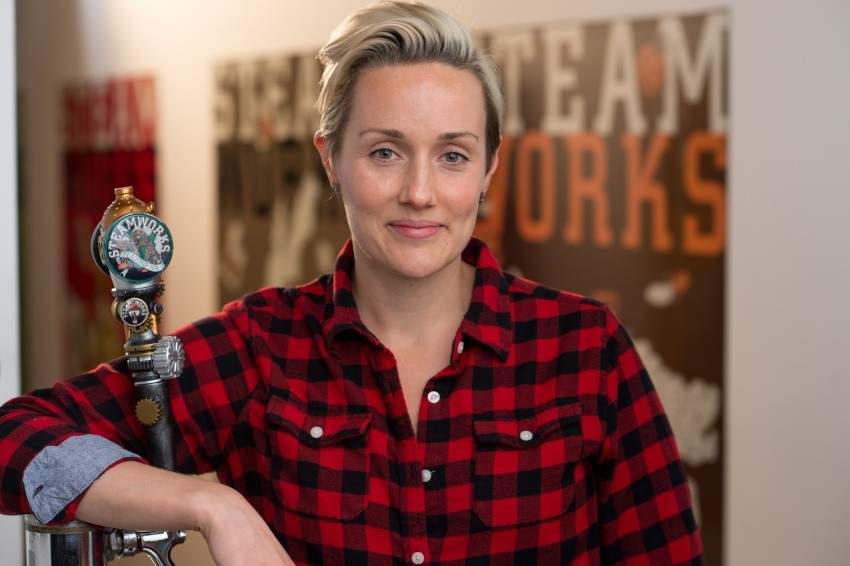 She loves beer, has a degree in chemical and biological engineering, and is the kick-ass brewmaster at Vancouver’s Steamworks Brewing Company; Julia Hanlon is a force to be reckoned with. Hanlon has loved beer practically since day one: “I remember sneaking a few sips of Coors Light when I was a kid and really liking it.” Then, as she made her way through Europe (as an adult, so no sneaking around was necessary), she discovered Belgians, sours, wits, weisses, and all sorts of other incredible brews. That love has since transformed into an exciting adventure full of learning (a decade at Molson working on nearly every aspect of brewery operations), creativity, and naturally, delicious beer. While Hanlon obviously has an impressive résumé, it’s her no-bullshit attitude that I admire the most. When it comes to people wanting to get involved in the beer industry, Hanlon says, “Just do it! If it’s something you want to do, you can and you should and you will.”

“I can’t wait for more women to become brewers, and I am, and will always be, supportive of initiatives like Pink Boots and anything else that helps achieve that. But, really, I can’t wait because I am tired of being asked about what it means to be a woman in the brewing industry. Yes, I am a woman, but I wish it wasn’t a big deal… I would love to be talking more about the beer and less about the fact that I happen to be a woman that makes beer. For me, that would be equality.” Amen, Julia.

Favourite brew at the moment: “This changes depending on the occasion and season, but my go-to is definitely Steamworks Flagship IPA.” 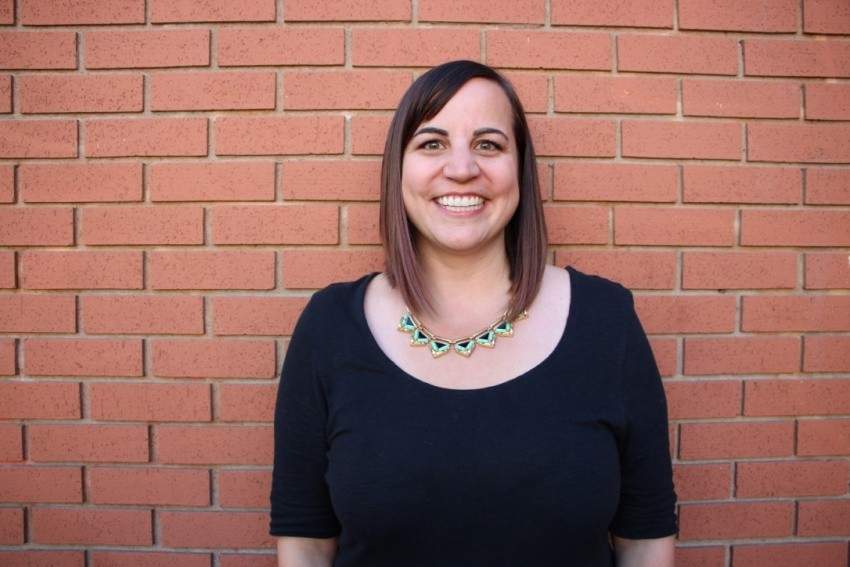 If you’ve been to any sort of beer event in Calgary, you’ve likely crossed paths with Peiskar; there’s no missing that girl’s killer smile and positive attitude. Peiskar is the brand manager for National Beer Hall, which means she builds all of the beer lists (306 taps!), directs beer education, and puts on awesome events for all of its locations. She is also an executive member of the Cowtown Yeast Wranglers, three-term president and co-founder of CAMRA Alberta, and organizer of the Women’s Collaboration Brew Day here in Calgary. In her spare time (ha!), she mentors folks who are looking to get their Certified Cicerone® accreditation.

With all of that going on, you’d think that Peiskar has been imbibing since she was a wee one, but she was, admittedly, a late bloomer when it came to beer. Her fashionably late love for the stuff hasn’t stopped her from becoming one of Calgary’s most respected beer aficionados, and she stresses that nothing should stop others from following their dreams in the industry.

“Find a mentor and soak up all the knowledge you can,” she says, “don’t be afraid to ask all the questions.”

Favourite brew at the moment: “Crushing on anything Phillips puts out lately, Melvin 2x4 DIPA, and locally, Banded Peak is producing some great beers.” 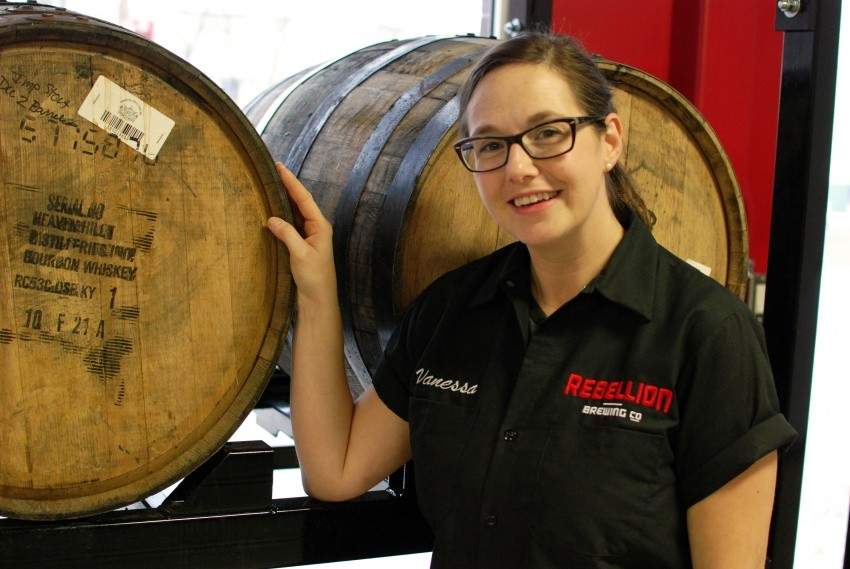 Owen started out with a degree in international studies, travelled Latin America for four years, and then started home brewing because she had a tough time finding the styles of beer she liked. Fast-forward a few years: Vanessa is now the assistant brewer at Regina’s award-winning Rebellion Brewing Co. She has completed the Beer Judging Certification Program (BJCP), created the Lady Rebels Beer Club, and does everything from “crushing grain, kegging, collecting and pitching yeast, transferring beer, barrelling beer, brewing beer, and every form of cleaning and sanitizing that you can imagine.”

She’s brewed some crazy concoctions, like a spicy pepper lentil cream ale, a strawberry basil blonde, a coconut curry amber ale, and a mango habanero IPA. With an imagination like that, there’s no doubt that Owen is the right person for the job.

While the atmosphere at Rebellion has been nothing but positive and encouraging for Vanessa, she’s certainly encountered some discrimination. When she first joined the Ales and Lagers Enthusiasts of Saskatchewan (ALES) club, “it was almost all males and there were a few women, but they were there with their husbands. I would be asked if I was just there to pick up men, and once I was asked if I actually brewed when I picked up my grain order. It made me uncomfortable, but I forced myself to attend every meeting and become a better brewer.”

The club has changed and become very welcoming over the past few years, and there are now many more women involved. Still, when she orders a beer at a pub, people will sometimes suggest a “girly beer” or a fruit beer. Her response: “Thanks, I’ll have a double IPA.”

There’s no doubt that those kinds of assumptions will continue to exist, but Owen insists that if you want to be part of the industry, you just have to work hard and never stop learning.

“Working in a brewery may sound like a dream job to some, but there is a lot of hard work that goes with these jobs. You have to put in a lot of sweat, and sometimes long hours, but at the end of the day you get to sit down and have a pint of something you were a part of – it’s very rewarding.”

Favourite brew at the moment: “Rebellion has the most amazing Flanders Red on tap and I love it. I also love that I can get a local sour beer – and it feels amazing to be a part of the changing craft beer landscape in Saskatchewan.” 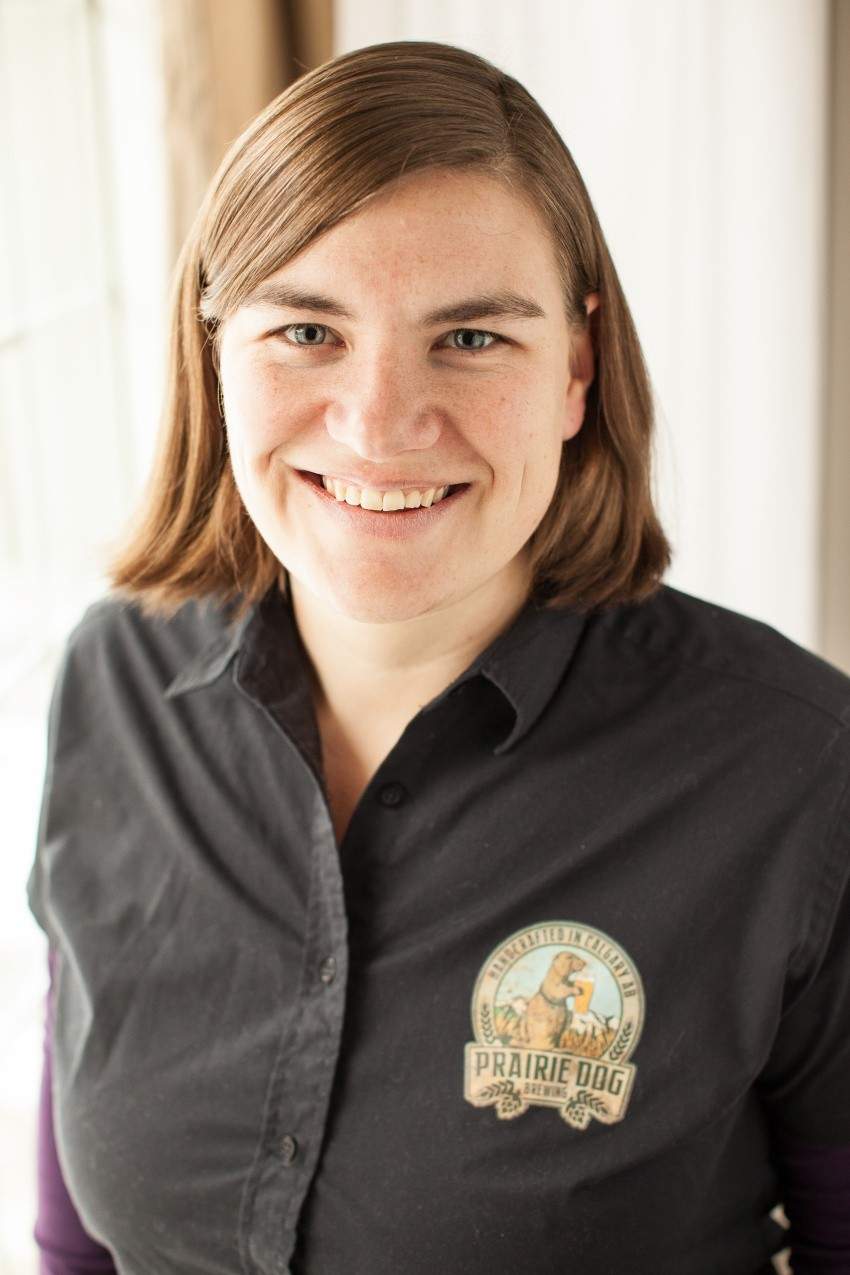 As the co-founder and director of marketing for the soon-to-be opened Prairie Dog Brewing in Calgary, it’s evident that Coles is pretty cool. Throw in the fact that she’s also the founder of the city’s Barley’s Angels Beer Education Society (BABES), there’s no doubt. Like Peiskar, Coles is a fan of the beer scene in Alberta, and finds most people to be “very inclusive and encouraging of women.” If you want a career in the industry, she has some simple, but solid advice. “Just do it. Do not let the idea that beer is a ‘guy thing’ intimidate you or make you think you can’t be successful.”

Favourite brew at the moment: “It changes almost daily, but currently, it is Last Best’s There Will Be Porter.” 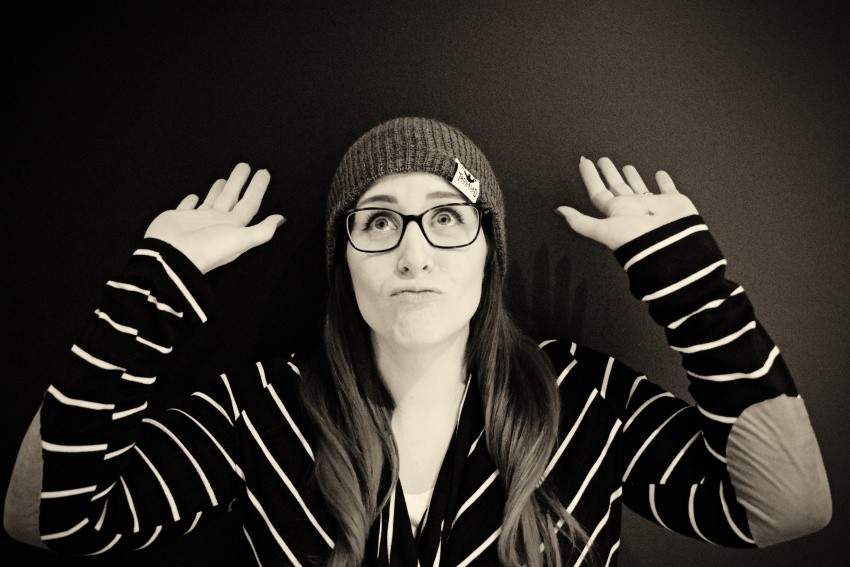 While beer is a relatively new love for Fulton, it’s a love that runs deep. So deep, in fact, that she has opened up Western Canada’s first fully dedicated craft beer bottle shop: Thumbprint Craft Beer Market in Airdrie.

“I read a beer book that said craft beer is said to have a brewers’ thumbprint; like a thumbprint, every beer is unique.”

Fulton’s dad, who was diagnosed with cancer in 2014, passed away in 2015, and, knowing how much she wanted to open the shop, he left her enough money to get the ball rolling. Before he passed, Fulton took a print of his thumb,which became part of the shop’s logo: the outside rings are Fulton’s, the inside, her father’s.

While she has encountered the odd beer rep or customer who can’t seem to fathom that a woman is the owner of a beer store, she says it’s getting better: “Most men are excited to see their girlfriends or wives getting into the beer industry.”

And the women who are already in the beer world are supportive and ready to cheer others on. “I believe everything happens for a reason. I am proof that you can follow your dreams and be successful, especially if your heart is in what you do!” 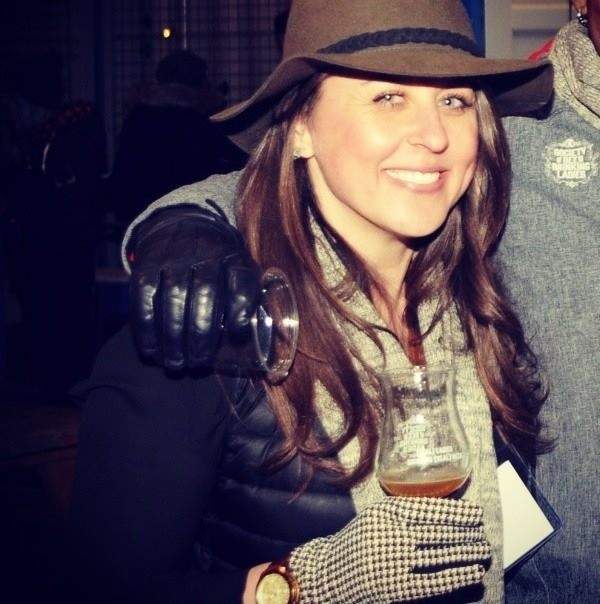 As the Toronto-Durham sales rep for Collective Arts Brewing, the co-founder of The Society of Beer Drinking Ladies, and a Prud’homme certified beer specialist, it’s safe to say that Erica Campbell knows what she’s doing. The funny thing is, she actually started out in psychology and sociology, thinking she’d work with kids. As as she was in Montreal working on her master's degree, she discovered the beer at places like Benelux, Reservoir, and Dieu Du Ciel. “I never quite made it into the world of teaching, as the beer world came calling,” she says.

While she’s not directly involved in brewing, Campbell is still very much immersed in the beer industry. It sometimes shocks people to hear she’s not just some “contract events staff chick” and that she works for the brewery; but, instead of letting others’ skepticism deter her, she feels empowered.

“Because the Ontario craft industry is still quite new and foreign for a lot of people, I get to assist them in shifting their preconceived notions of women and beer,” she says. “As a woman, you have to prove yourself--you have to be willing to roll up your sleeves, work long hours, stay positive, (and) push yourself.” Now that is some solid advice.

“Also, find your women in the beer industry and dudes that have your back and respect what you’re doing.” There is power in numbers, friends.

Favourite brew at the moment: “The first in our IPA Project Series at Collective Arts. It’s a 7.1 per cent IPA with Nelson Sauvin, Citra, and Simcoe hops. It’s unreal. Juicy AF.”

WCR conference recognizes achievements, challenges and passion of women in the hospitality industry