Sitting down for a bite with Alexandra Gill makes me feel fairly at ease. She smiles, makes friendly conversation, all the while multi-tasking with pen inhand. As we make small talk (you know the kind: weather and all of that casual bullshit you stumble over when you first meet someone), I can't believe that Gill is such a polarizing member of Canada's food community. As The Globe and Mail's Vancouver restaurant critic, this woman takes her food very seriously — as she should. Known for culinary storytelling that ranges anywhere in tone from bubbly and charming to down right, no-dicking-around critical, Ms. Gill has been kicking asses reviewing restaurants out of her homebase of Vancouver, B.C. since 2005.

Seeing no fun in the all-bark-and-no-bite philosophy, Gill refuses to hide behind online anonymity when she's more than a little let down by a dining experience. With scathing lines like, "Cuchillo is a good-looking room. I'll grant it that - but not much else" and "Sula’s purple walls and floral murals feel hideously hippy-dippy. And the bathrooms are unpleasantly dirty," the culinary expert proves in her popular column that she has no problem biting the hand(s) that feed her. It's not all bad, though. Like executing a harmonious plate, Gill is as generous with accolades as she is with criticisms, shouting them from the mountaintops (figuratively) when that credit is due.

Like any daily grind, the job of a restaurant critic comes with its ups and downs. A lot of people envision food writers as individuals who prance around town, wining and dining without a care in the world. While there is a lot of food to be had and wine to be sipped, the repetitive nature of the beast can leave tastebuds exhausted.

"People get so mad at me and say, ‘You can’t complain about eating again!’ but, in order to do justice to a restaurant, you have to go in fresh every time," explains Gill. "If you’ve been eating and eating and eating, sometimes you just don’t want to have another bite. It’s a real first-world problem, I’ll tell you that, but it becomes like that. You have to take time to savour and relax your palate."

Of course, after the eating comes the hard part: the writing. Surely, when it comes to capturing the dining experience with one's words, there a difference between quality blog writing and writing for traditional media.

"Maybe we’re just coming to realize that now. I mean, that’s why I think the ‘death of newspapers’ is so overrated. People still go for good writing. I was a writer before I was a food critic and now I’m trying to learn how to blog," she laughs as she lightheartedly admits before continuing. "So, we all have to cross over and I realize that’s essential to me right now, as a freelancer, but it’s not my forté. Maybe we do live in separate [writing] worlds with a slight crossover."

As we swiftly approach 2014, our Canadian food scene boasts (in current pecking order) a few reputable food critics, several handfuls of food writers, hundreds of bloggers and a horde of online reviewers. Since Yelp, Urbanspoon and other online review sites provide the average restaurant-goer with a soapbox, it begs the question: Is there even a need for an actual "critic" anymore? Will the generally uninformed, faceless online reviewer push out a reputable writer like Gill?

"At one time, people would put a lot of faith in those [websites], but there’s been a reckoning now," points out Gill. "The [reviews] can come from somebody with a chip on their shoulder, or you’re not getting the whole story. So, if anything, I think the independent critic has become more relevant and valued." 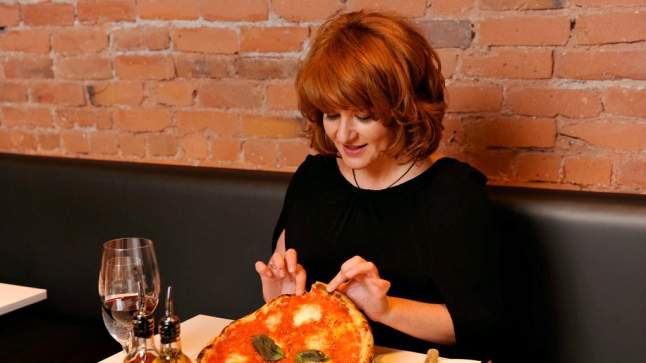 Even though Gill's career candle is not even close to burning out, I ask her about about the future of critical food writing in Canada. Naturally, she's happy to share her thoughts.

"There’s been a whole sea change; everyone is actually using the [blog platform] as an entrée into writing. Andrew Morrison started off as a waiter blog, but now he’s gone on to write for Scout Magazine. He can be a really dogged reporter, but he plays favourites," says Gill. "He refuses to go to Fable. Andrew refused to go to the restaurant to review it when he was writing for the Westender because the [previous restaurant owner] was a friend of his. He said, ‘I don’t review restaurants where people diss other chefs.’ Well, if you’re only an online writer, you can do that, but you can’t do that if you’re working for a mainstream publication. You just can’t play favourites."

Then, there are responsible and credible bloggers like Mijune Pak. A Vancouver food blogger who has shot up the ranks over the past few years with her popular website, Follow Me Foodie. While Pak has not yet secured "critic" status, she is on the right track, garnering respect from many chefs and traditional journalists alike.

"She kind of reminds me a bit of myself when I first started because I’ve eaten with her. I respect her rigor," says Gill when Pak's name comes up in our conversation. "She sits there at a table and she takes copious notes and she asks the waiter to explain every single ingredient. She takes a bite and she writes; she takes pictures ... she is so meticulous and I respect that. But, she doesn’t take time to savour the food. She’s not getting the big experience."

Gill continues: "When I was starting off doing theatre reviews, I was the same way. I would sit there in a dark theatre, scribble notes constantly without absorbing the whole experience because I didn’t trust myself. I think that’s her right now. She doesn’t trust her palate enough so she’s not sitting back; she needs to get verification, but it’s a sign of a good reporter and she’s going to be someone to watch when she begins trusting herself. She’ll be very interesting. She [puts] a bit too much under the microscope. She’s does very good reportage, but she’s missing that element of sitting back and just savouring everything together and that’s part of dining."

It's refreshing to find an honest voice that can cut like a knife in an often skewed food media world. Whether you love her or hate her for her take on anything from a slice of pizza to whatever offal/Asian-fusion/gluten-free/raw-food trend is hot these days, you can never say that this critic doesn't know what the hell she's talking about.

Lesley Chesterman on her restaurant critic retirement and the road ahead