Next year, a team of Canadian butchers will be competing in what I'd personally like to coin the "Olympics of Meat".

Originating in 2011 as a competition between Australia and New Zealand, the World Butchers' Challenge is a growing international competition meant to put butchers from countries around the globe in the limelight, showcasing the immense technical abilities it requires to excel at the carnal craft. 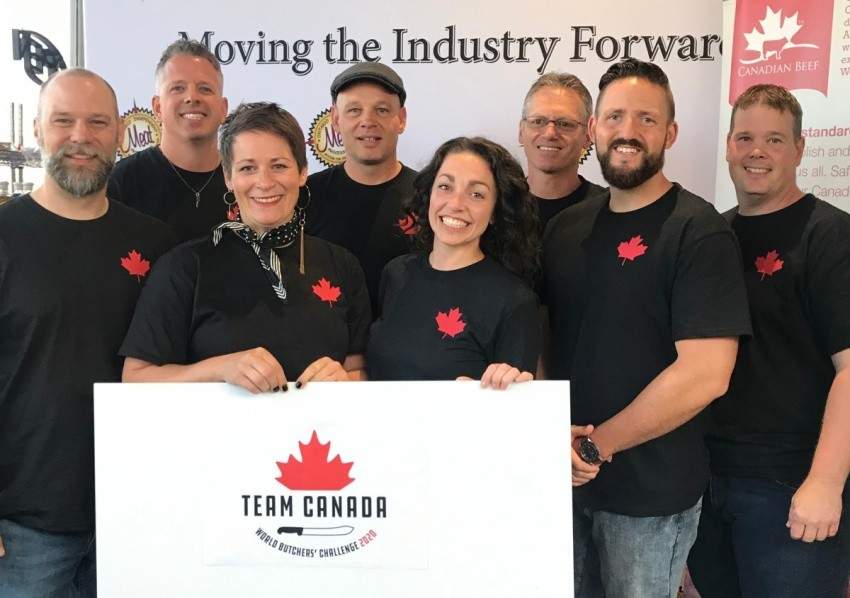 "We all applied months ago and were asked to complete a series of photo and video challenges to showcase our butcher skills," explains Team Canada member, Elyse Chatterton of Edmonton. "We met for the first time this past weekend and I am excited [to help showcase] just how amazing Canada’s craft butchers really are on a world stage and hopefully inspire more people to consider a career within the meat industry."

Now that the team is assembled, they've got plenty of time to get to know each other and train together to win the competition, but the president of Meat and Poultry Ontario, Carol Goriup implies this is also a great opportunity to create awareness around butchery as a trade that young culinary-minded people can find success in.

“Our industry faces a critical shortage of skilled labour. Esteemed competitions like this help elevate the profession to where it belongs as a true and respected trade. As an association, we are proud to put forward and support a Canadian team in the World Butchers’ Challenge," she says.

The team of butchers have also launched a GoFundMe campaign to help with team travel expenses as well as things such as uniforms and "practice" proteins.

Tips on barbecuing at home from some of Canada's top butchers

The resurgence of local butcher shops