Although many restaurants across the country have resumed operations in some capacity, the hospitality industry as we once knew it is far from reaching full recovery.

As a means for survival during these trying times, restaurateurs and chefs have had to get creative. Some have even begun launching packaged food and drink products as a way to generate alternate revenue, while providing patrons with a chance to enjoy their signature offerings from the comfort of their homes.

From jams and teas made of foraged ingredients to canned lobster, there is something to take home for everyone in this collection. 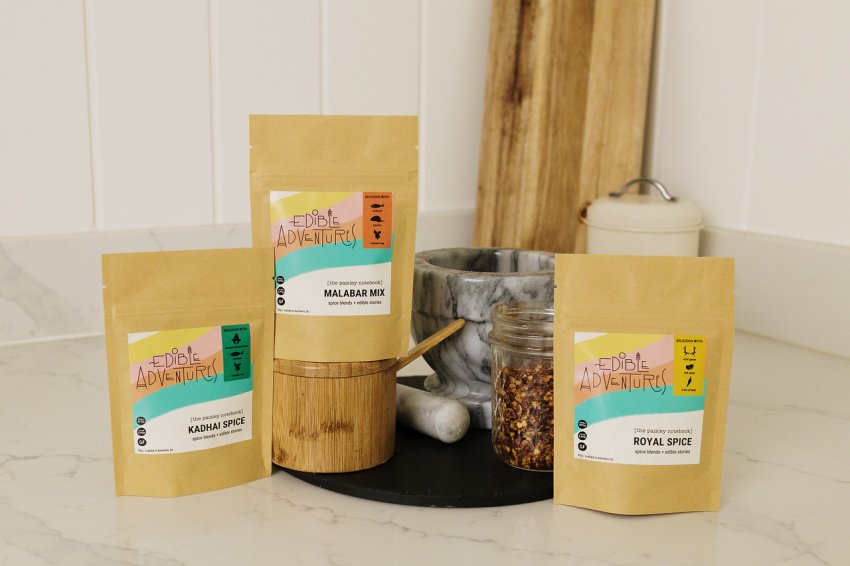 Kelowna chef Aman Dosanj, known for providing one of the nation’s premier pop-up series through The Paisley Notebook, recently released a line of Indian Spices. Inspired by her mom's sage words of advice, "You're only as good as your spices," Dosanj went on a journey to package the spice combinations that she has been using.

Through this new journey called Edible Adventures, Dosanj aims to make Indian spices a little less daunting to those who are a bit wary of using these intense flavours. Each 60g package holds the secrets to around 20 edible adventures. These adventures include kadhai spice, royal spice, Malabar mix, chai mix and finally, campfire daal.

These mixes will not only up your overall cooking game, they also support anti-racism organizations, with 1 per cent of all sales going toward keeping the conversations surrounding racism going.

Dosanj does not currently have an e-commerce platform, but you can access these offerings by emailing Dosanj with your order.

Au Pied de Cochon is a Montreal staple created by chef Martin Picard that serves up some serious Québécois indulgences. If you can't make it to either the sugar shacks or the main restaurant, Picard has ensured that you can enjoy this traditional Quebec cuisine from anywhere.

You can purchase prepackaged items straight from PDC's garden, such as their garlic flower puree, which makes a beautiful pesto. They also have their signature sauces available for purchase, including their barbecue sauce, Dijon mustard, baseball mustard and old-style mustard. You can also buy their maple syrup, maple fudge, maple butter and maple vinegar.

Create an authentic taste of Quebec at home with any of these delicious goods. 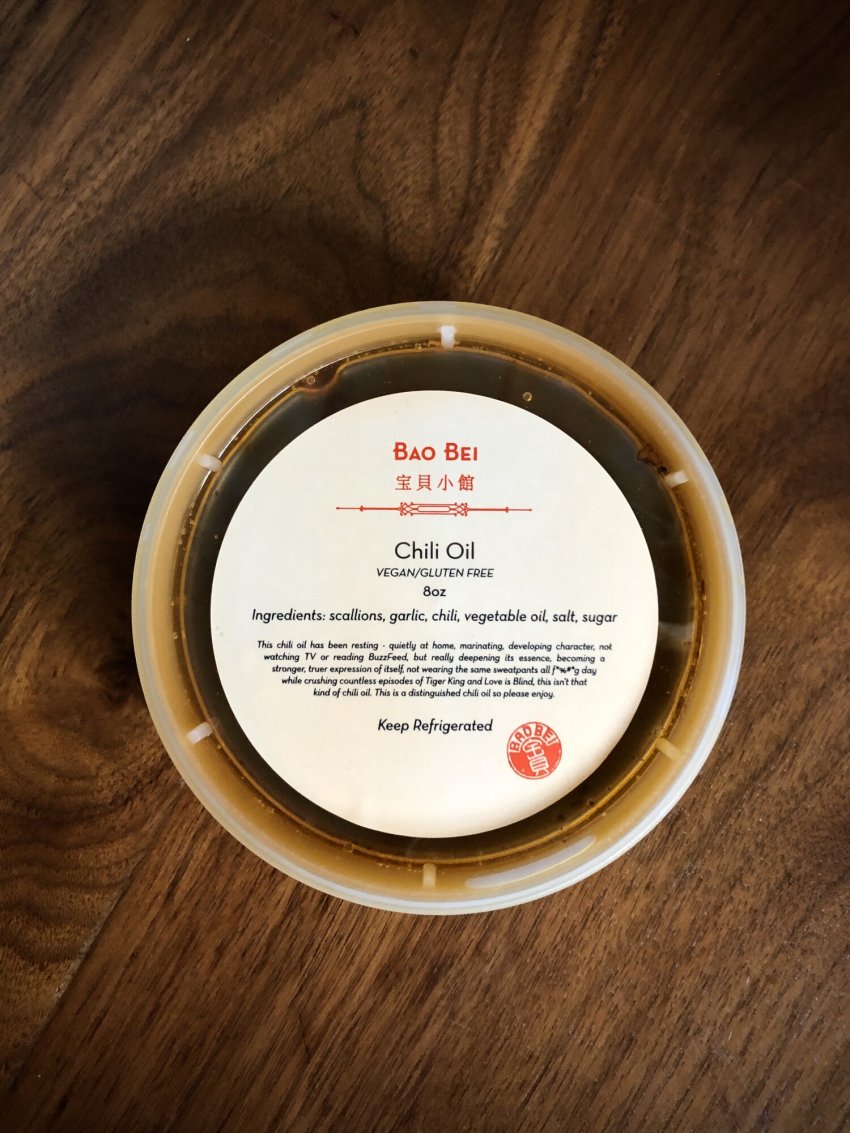 Located in Vancouver, Bao Bei serves up small plates meant to be shared with family and friends. The food served at this Chinese brasserie has heavy influences from Taiwan and Shanghai that form a modern approach to cooking Chinese food.

Seeing as their food is best shared with company, you may not find yourself super inclined to partake in our current climate. To counteract this, Bao Bei has created their own little shop where they offer frozen options that allow you to enjoy their food from the safety of your own home, but the real star here is in the sauce.

Bao Bei sells the closest thing to liquid gold, their chili oil, in 8-oz. container. This beloved and versatile chili oil, has a place on every plate, no matter what you're eating.

For the short, yet sweet time that they were located in Calgary, Buttermilk Fine Waffles spent all of it perfecting their waffle game. Since then, they have transferred their knowledge of creating the fluffiest waffles to the prepackaged realm.

You can now make your very own replica of Buttermilk waffles at home with the mix, giving you the option to top it as high as your heart desires. Each package yields about ten waffles. Once you have perfected your personalized waffle, you can move onto another breakfast royalty, pancakes.

As an ode to The Calgary Stampede, which was cancelled due to COVID-19, Buttermilk Fine Waffles created a "Stampede's cancelled, pancakes aren't!" special edition pancake and waffle mix. If you want to channel some serious pancake breakfast energy, fire up your griddle and get flipping.

If you're located in Calgary, these mixes are delivered every Friday, but they can be shipped Canada wide, so stock up on the maple syrup and waffle on. 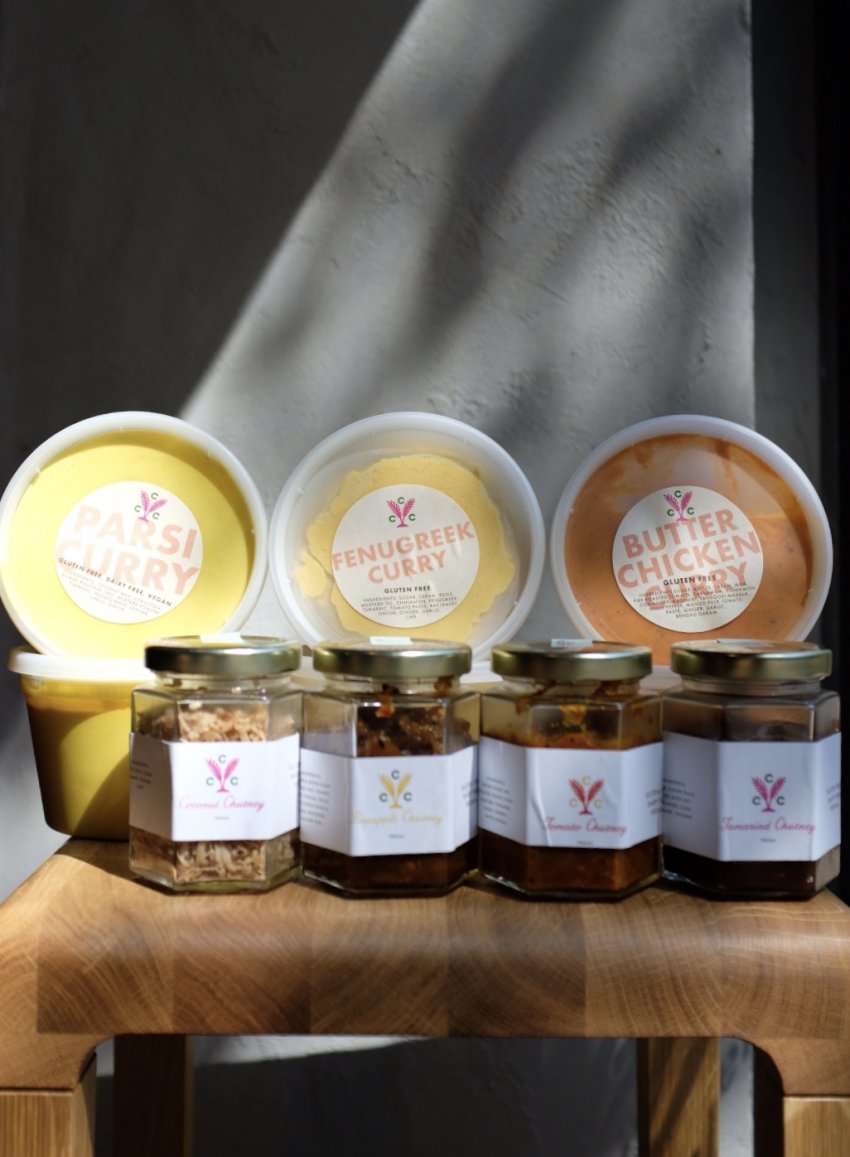 The Thank You Hospitality group has brought Calgary some of the most popular restaurants in the city, including Native Tongues Taqueria and the Calcutta Cricket Club. Their most recent venture is A1 Bodega, where they sell prepackaged items from the aformentioned restaurants.

The true star of the show at A1 comes courtesy of Calcutta Cricket Club with their much-loved curries and chutneys. They have provided some of their most popular items to be sold individually, including a wide variety of chutneys (coconut, eggplant, pineapple, tomato, tamarind and green chutney), ready-to-go curry sauces (butter chicken, vindaloo, parsi, and fenugreek curry), tandoori marinade, and even a chai concentrate.

Calcutta Cricket Club isn't the only restaurant serving up their to-go-goodies through A1 Bodega though; its sister restaurant Native Tongues Taqueria is also offering taco fillings like carnitas and suadero, as well as tortillas and a variety of salsas. In addition to stocking items from other restaurants, A1 is also stocking its shelves with some of its own signature snacks as well, like pomodoro sauce, bolognese sauce, smoked olives, and three different types of house-made bread.

Grab your prepackaged goodies and get cooking. 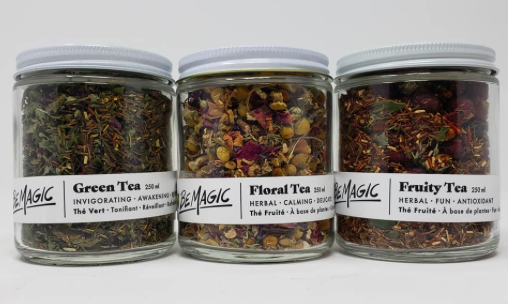 Their pasta has made a name for itself across the province, so Peters decided to market the sauce on its own with the Primal red sauce.

In addition to the Italian cuisine that Primal Pasta is known for, Peters is also selling some lighter items. These include her signature loose-leaf Be Magic Tea blends that can fit any dedicated tea drinker's bill. Whether you like it fruity, woodsy or even just green, this tea collection has something for you. Nothing goes better with tea than a little jam on toast, so Peters is also selling her Be Magic haskap strawberry jam.

Christie Peters provides Saskatonians with good eats for any meal of the day while being locally-inspired and sourced.

Chubby's Jamaican Kitchen, located in Toronto, is offering two of their signature hot sauces that they serve with pride at their brick and mortar on Portland street: mango hot sauce or guava and papaya hot sauce. Fittingly, these hot sauces are sold in 8-oz. chubby bottles and they provide the heat that a traditional Jamaican pepper sauce would, but with the fruity flavours that Caribbean cuisine is often infused with.

Chubby's was named after a nickname in Jamaica for the feeling you get after having a delicious home-cooked meal, so it is only right that they created prepackaged options for guests bring the flavours of Jamaica home. Whether you're spicing up some homemade curry goat or adding a Caribbean flair to your average dinners, try some of these Jamaican hot sauces at home.

Chuck Hughes, Canadian chef, TV personality and restaurateur, has created his own line of prepackaged food items inspired by his two restaurants in Montreal.

Although his online shop is currently closed, he will be selling his grocery items through large retailers such as Amazon, Hudson's Bay and Shop Brunette. First released a few years ago, Hughes has a highly comprehensive selection of goods that can fill nearly all of your pantry needs. These items will elevate your own dishes, unlike the other restaurants on the list selling ready-to-eat items.

Some of his best selling products include a set of his spicy antipasto, spicy eggplant and his hot pepper spread, which are all products of Quebec. In addition to the plethora of sauces and spreads, he also has his very own extra virgin olive oil from Greece. He also sells what he calls "The official hot sauces of Garde Manger and Le Bremner."

You can buy any of these items and be transported instantly to his Montreal restaurants.

Kitten and the Bear's jams, jellies and marmalades (Toronto, ON)

Kitten and the Bear may be known for their impressive tea and scone collection, but they also offer delicious small-batch artisan jams, jellies and marmalades to Torontonians. The prepackaged spreads are made using only the finest ingredients available and are perfect for when you don't have time to pop into the store.

They are currently offering many different types of preserves for you to take home and enjoy. Their classic line-up includes strawberry-raspberry and cream, damson plum and Earl Grey, sunshine peach and finally, summer berry blend.

Whether you like to have some artisan jam on toast for breakfast, or a healthy helping of marmalade on a buttery scone, these jams let you enjoy all that Kitten and the Bear offers on your own time. In addition to this, Kitten and Bear's blog also offers up some new and improved ways to use their spreads at home that you wouldn't be able to get at their cafe.

Don't live in Van City? International shipping is available, so get rid of that old raspberry jam that's been sitting in your fridge for a year, and stock up on the good stuff. 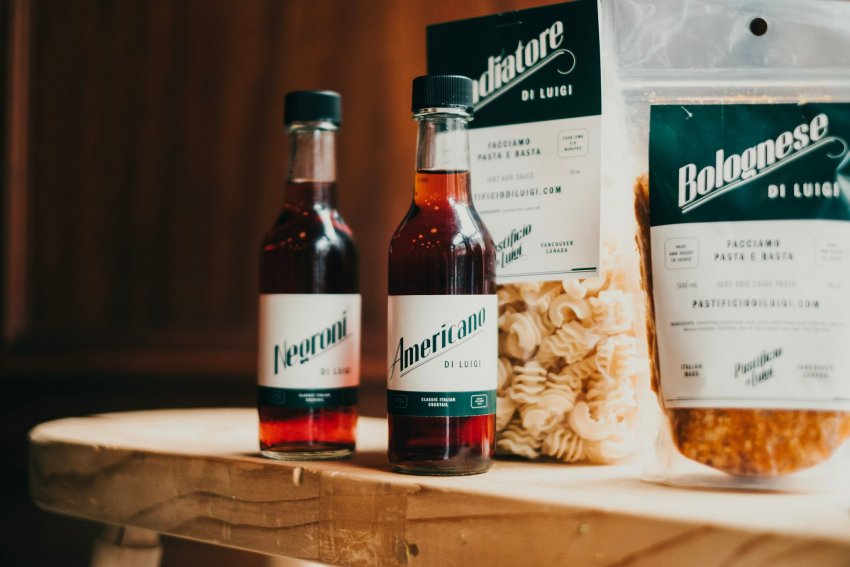 The days of buying a low-quality jar of pasta sauce are over. You no longer need to spend hours making a delicious pasta sauce because Pastificio Di Luigi in Vancouver are doing it for you.

Self-named "Luigi's Pasta Factory," this West Coast pasta joint serves up fresh-made Italian fare seven days a week. You can now enjoy Luigi's pasta from the comfort of your own home, with no one to judge your spaghetti-stained face.

Not only does Luigi's sell their house-made pomodoro and bolognese sauces, but also their hand-made pasta, including fresh rigatoni, radiatori, campanelli and of course, spaghetti.

Delivery and pickup of their grocery items are both available, so there is no excuse not to indulge.

Unlike the rest of the goods in this compilation, Proof is providing something a little harder; their own signature ready-to-drink cocktails. T

Available in two flavours, The Mule is a sparkling cocktail that includes fresh ginger, lime, chilli and lemongrass, while the gin citrus punch is simply a patio crusher. These canned cocktails can be enjoyed over ice or straight from the can for the fanciest canned drink experience you have ever had.

Proof's bartenders not only craft these flavours, but they also oversee the canning process to ensure the highest quality cocktail is being served, even if you aren't at the bar itself.

Next time the backyard bonfire is BYOB, grab some of these ready-to-drink cocktails instead of the same old, same old.

Scout is a chef-driven craft cannery that prides itself on being purveyors of sustainable seafood to help reduce food waste and protect our oceans. It all began in P.E.I., where chef Charlotte Langley started with the mission to help people enjoy the delicious seafood that the Maritimes has to offer, no matter where they were.

This is not your mother's canned tuna, though. Their variety of canned options are flavoured with delicate sauces that highlight the seafood's flavours. Scout is currently canning up fresh Atlantic lobster, rainbow trout, and P.E.I. mussels.

Take your seafood game to the next level with Scout. By purchasing any of Scout's products, you will be supporting the One Percent for the Planet program.

Forgotten urban fruits made unforgettable by Fruits of Sherbrooke