Since opening in early 2016, southern fried chicken lovers have been waiting with anticipation for Cluck N Cleaver to open a second location. Earlier this week, their hopes--and owners Nicole and Francine Gomes’ plans--came to fruition.

Situated next to Spolumbo’s inside the West Springs Co-op, in what chef Nicole has affectionately referred to as a pseudo-eating hall, the city’s second Cluck N Cleaver will continue the tradition it’s built on, serving fried and rotisserie chicken, house-made biscuits and cookies, and a range of fresh salads and sides.

"Since opening our first Cluck N Cleaver location, we've been really lucky to have a loyal following of customers who love our made-from-scratch fried and rotisserie chicken and sides,” says Francine. “We're seeing a lot of people taking advantage of our online ordering to pre-order for pick up on their way home or even getting it delivered. So, we're excited to bring our next location into the West Springs area inside the Calgary Co-op.” 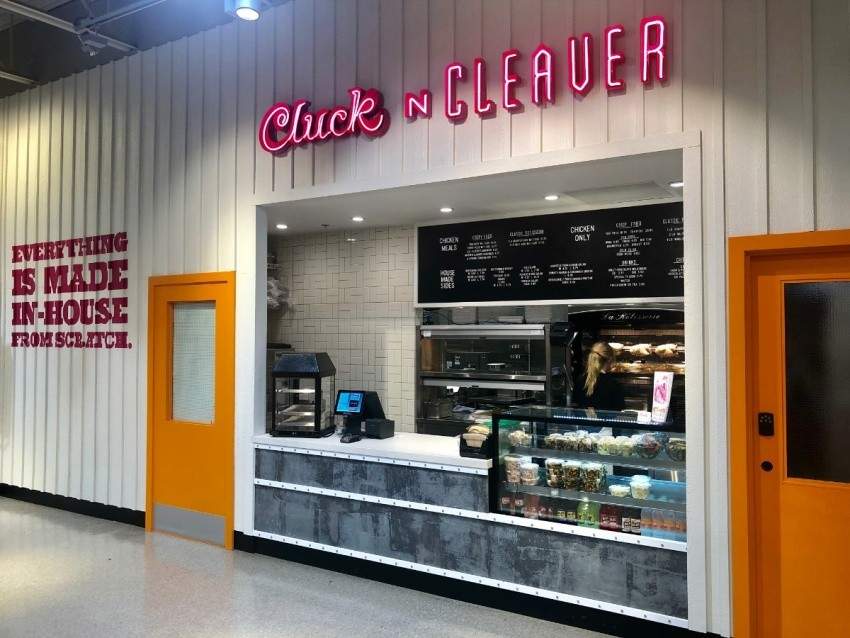 Cluck N Cleaver’s partnership with Co-op began as a conversation about selling Cluck N Cleaver chicken within the grocery store, but after several discussions and some meticulous planning, the Gomes sisters and Co-op decided to open a full eatery. Incorporating on-location eateries in Co-op is a relatively new concept for the grocery chain, but Francine believes it’s a concept that the pair can build upon for years to come.

“They’re a brand that really values local vendors and products,” Francine continues. “We think that customers will love being able to pick up a few groceries while getting some fresh, delicious chicken at the same time.”