Although culinary practices and techniques often change and evolve, some of our country’s oldest traditions have stood the test of time and remain intrinsically intertwined with Canadian culture to this day. One such tradition is the Caribou cocktail.

The sweet French-Canadian beverage dates back to colonial times, and was allegedly composed of caribou blood and whisky. According to Caribou lore, disclosing the secret of a family Caribou recipe is said to bring bad luck, so unlike other culinary traditions, recipes are passed down orally from generation to generation and not written down in recipe books. 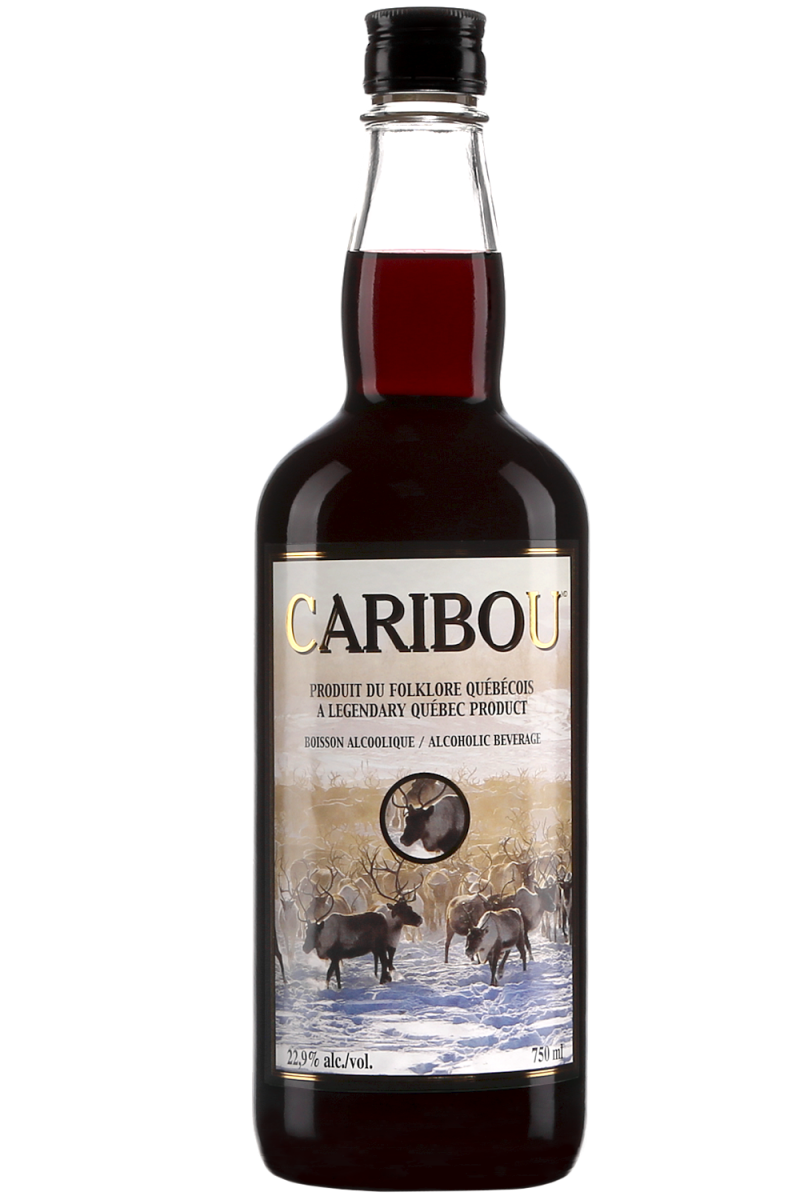 Today, the mixture generally includes 90 per cent pure alcohol, water, and red wine, to which one or two other ingredients are added, depending on the region and/or family recipe. To put it simply, Caribou is a (chilled) mulled wine with an extra boozy kick.

While you are now able to purchase a pre-mixed Caribou cocktail in bottle form in both Quebec and Manitoba, it typically isn't available elsewhere in Canada. Produced by Station 22 Creative Beverages and dubbed as "a legendary Quebec product", it seems like the company has a monopoly on the pre-mixed Caribou market as no other distilleries appear to make a comparable product. 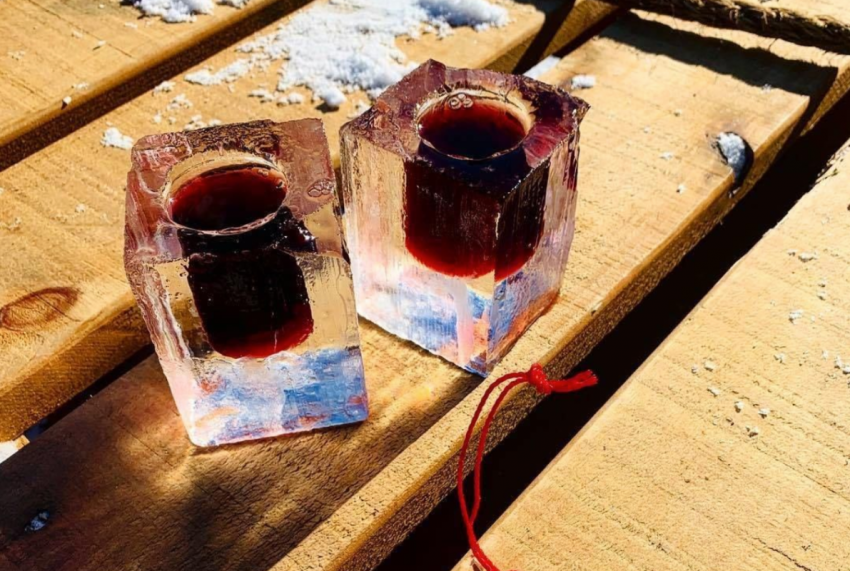 With the country's largest winter festivals, Winnipeg’s Festival du Voyageur and Québec City’s Carnaval de Québec transitioning to virtual formats and not serving up Caribou to thousands of people by way of ice cube shot glasses, there has never been a better time for Canadians to try their hands at creating their own renditions of the classic cocktail at home.

Here are seven spirits produced in Quebec that are perfect for making your own subtle spin on the iconic Caribou cocktail. 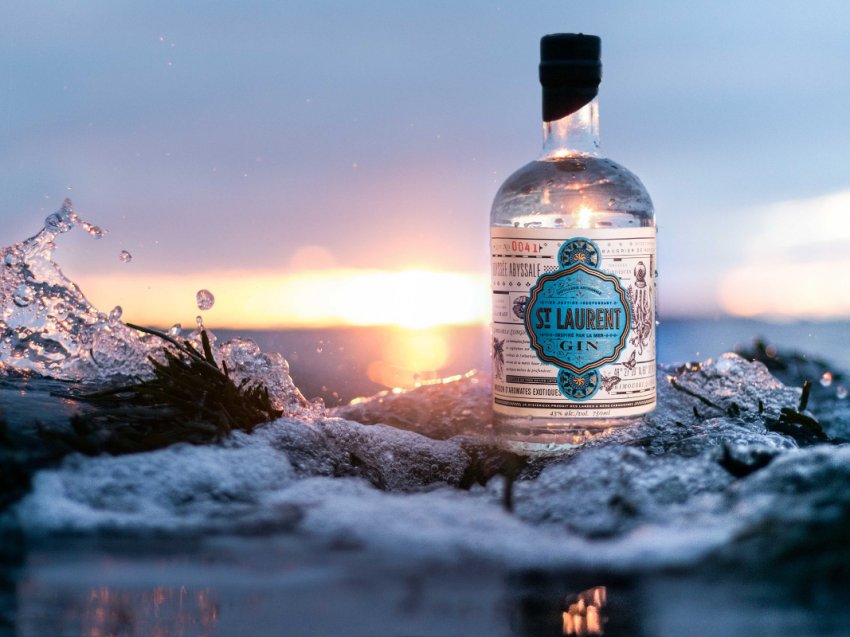 Distilled in small batches in Rimouski, St. Laurent Gin is an herbacious, all-natural hand-crafted gin that takes inspiration from the boreal forrest. After a steam infusion of exotic spices in a custom-designed gin-basket, the St. Laurent gin is slowly macerated with laminaria seaweed hand-harvested in the Bas-Saint-Laurent region. 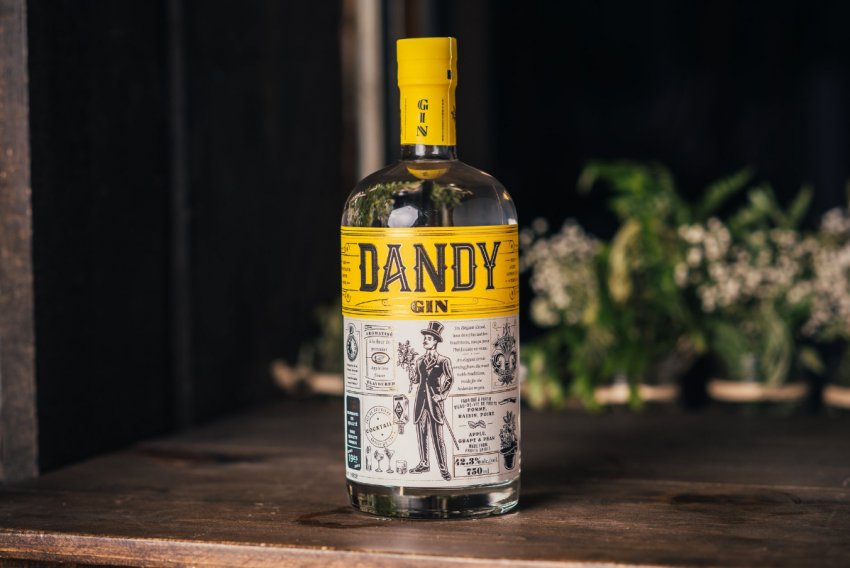 This multi-generational distillery produces a fruit brandy unlike any other. Made from a combination of locally-sourced apples, pears, grapes, and hand-selected herbs and spices, the Dandy Gin offers delicate notes of fruit and floral that provide an added touch of delicate sophistication to the traditional mixture. 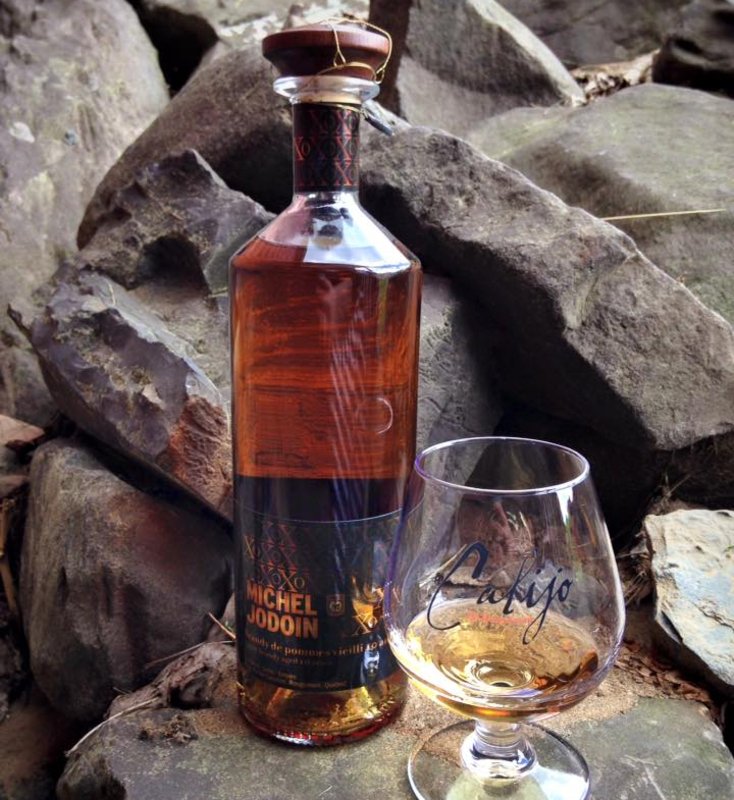 The Jodoin family have been operating their Montérégie orchard since 1901, and for the last 21 years they have been producing some of the best microdistilled cider, liqueur, and brandy the province has to offer. Aged for ten years in a single cask, the Apple Brandy XO is a robust and aromatic cider that provides the perfect accompaniment of heat and smoke to help keep your Caribou sips warm and cozy. 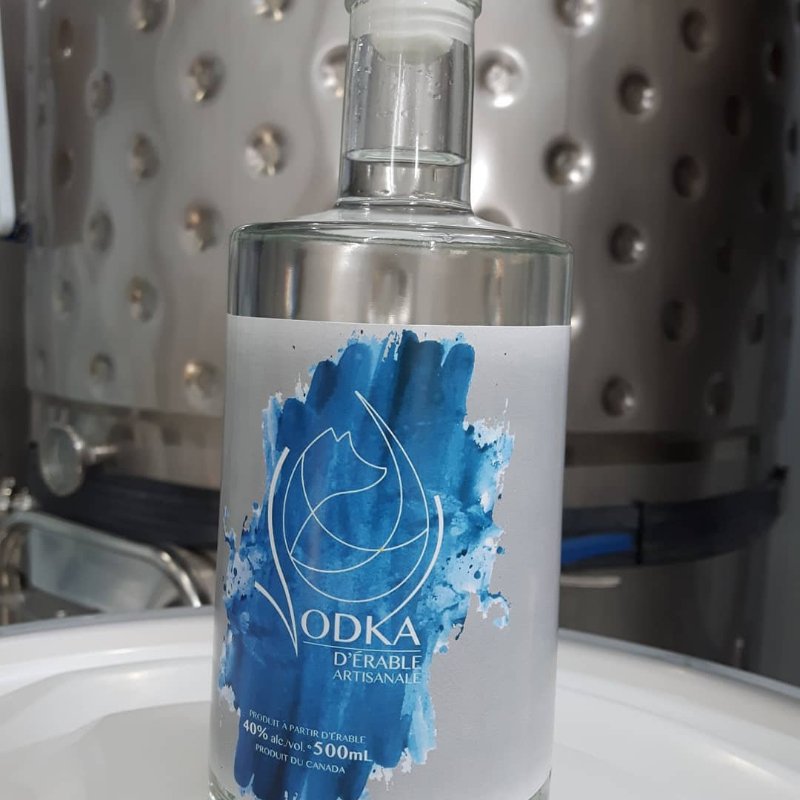 Distillerie Shefford’s Maple Vodka is made from the fermentation and distillation of locally-sourced maple syrup. Twice distilled at over 95 per cent, it is then diluted with neutral water to refrain from altering its taste. The cold filtered spirit boasts subtle, natural aromas of maples that have passed through distillation and filtration. Its buttery texture, imparted by the natural fat found in the maple sap, makes it particularly silky and smooth. 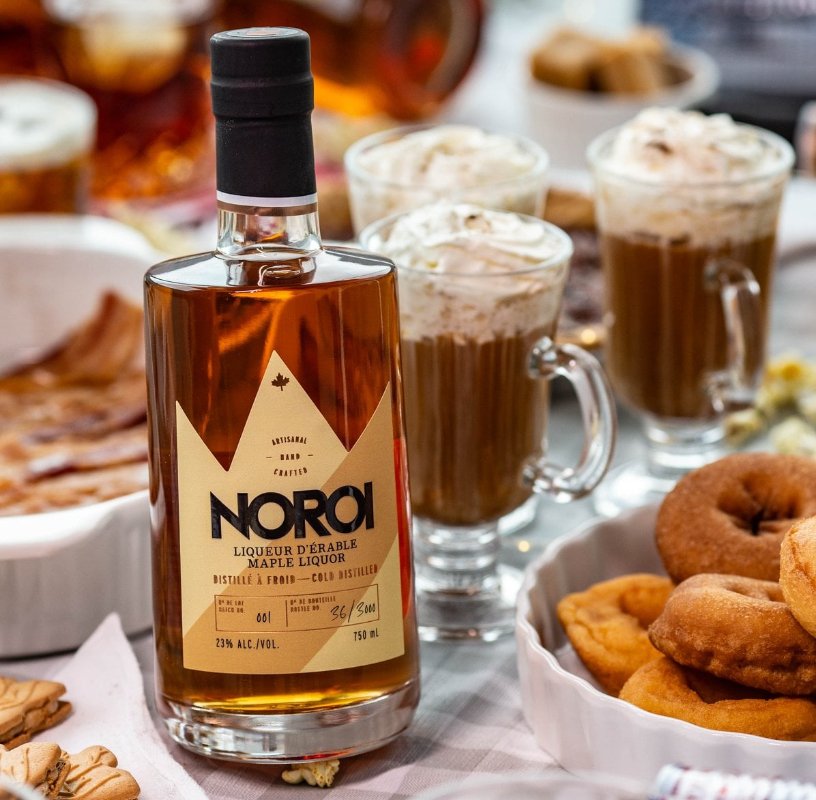 Inspired by traditional Quebec sugar shacks, Distillerie Noroi has succeeded in employing its unique still to create a liquor made entirely from Quebec maple syrup. The cold processed Maple Liqueur is delicately smooth, and according to distiller Jonathan Robin, rather than typical notes of caramalization, Noroi's variety offers a subtle aroma of fresh vegetables. 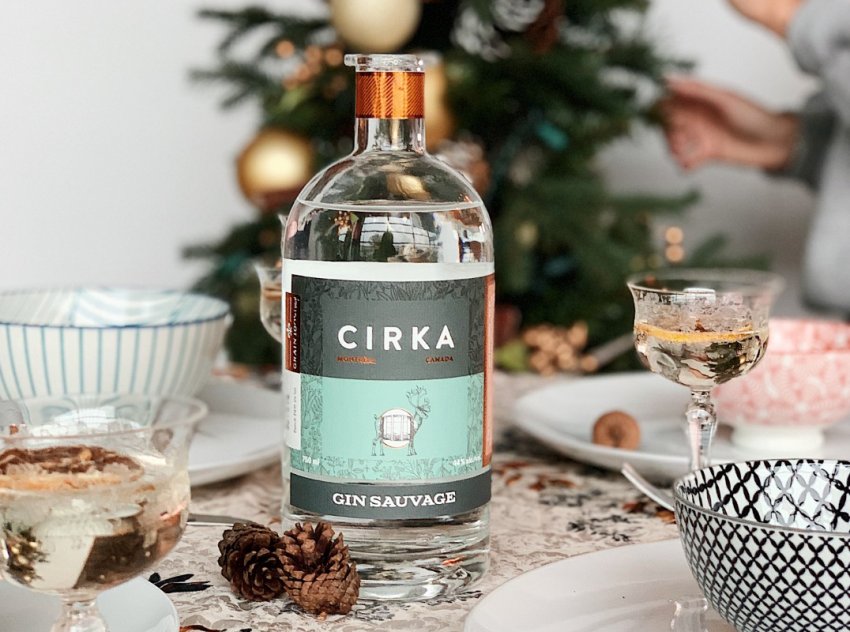 Infused with 33 botanicals, Distillerie Cirka’s award-winning Gin Sauvage is an expression of the wild aromatic treasures found throughout Quebec’s forests. Notes of fruit, floral, and pine are balanced with the complexity of the botanicals to deliver a unique, velvety texture with a warm finish. 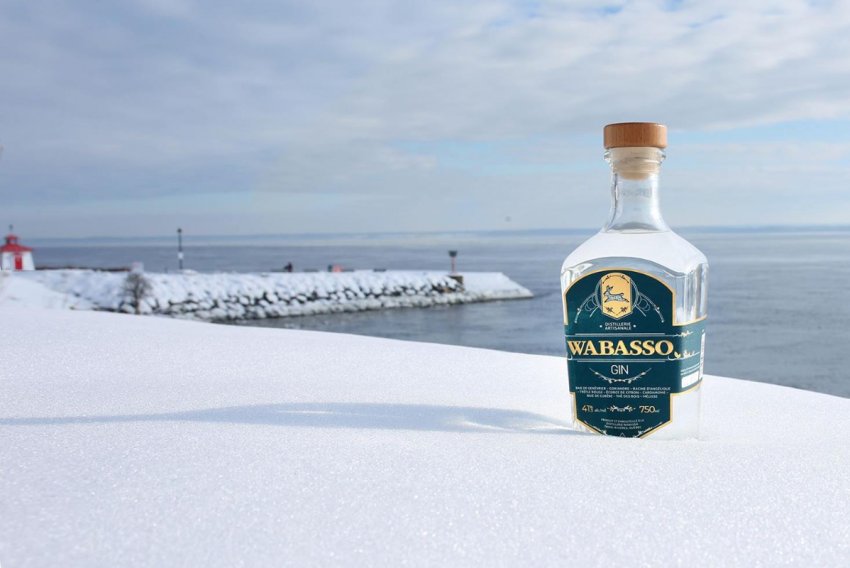 Distilled in small batches in Trois-Rivières, Gin Wabasso is an authentic, 100 per cent artisanal gin. The use of seasonal herbs and spices from the Quebec terroir create intense aromas of wintergreen and red clover, which help to achieve a perfect harmony with the natural heat of the alcohol.