Most of us have the bar basics--vodka, whisky, gin and a cocktail shaker--at home and have a go-to drink that we’d like to think we make pretty well. But, some of the more complex drinks can be intimidating, especially when you don’t have the right tools. With entertaining season ahead, from Halloween until the holidays, we can all use some guidance on making proper drinks at home. And when we need guidance, we go to one of the best bartenders in the city: Franz Swinton.

Swinton, general manager at Raw Bar, has seen a lot of changes in the city’s attitude toward cocktails in the last decade.

“Even mojitos were hard to come by, and if you did get a mojito, it was pretty horrible,” says Swinton of the level of cocktails a decade ago.

Operating for about 11 years now, Raw Bar is the epicenter of cocktails in Calgary. It’s one of the first places in the city that was crafting thoughtful drinks with fresh ingredients when most places were still using sour mix.

“It’s really one of the first spots that started using fresh juices, using proper technique,” says Swinton. “It was the first place in the city that I saw that even had proper tools, egg whites, having several types of fresh herbs and a small bitters program when at the time, the only bitters being used was Angostura.”

In addition to that, it’s where bartending competitions started in Calgary, before eventually becoming the Alberta Cocktail Challenge and hosting larger international competitions.

“Raw Bar was able to rally the people around and create the strong cocktail community that Calgary now has: Nathan Head, Graham Warner (who is my mentor), Christina Mah, myself and Stephen Phipps,” recounts Swinton. “Those were names at the first competition 10 years ago.”

Out of that spawned the Calgary Bartender’s Association, which eventually became the Canadian Professional Bartenders Association (CPBA) Alberta chapter.

Despite changes in bartenders and cocktail menus over the years, two things are constant at the Raw Bar: its innovative use of Asian ingredients and its adherence to proper techniques--perfectly polished glass, great ice, proper garnish, and giving guests exactly what they want. “If somebody wants to come in here and order a cosmopolitan, then you better make one of the best damn cosmopolitans they’ve ever had,” says Swinton.

With that in mind, here is what you should stock your home bar with for that perfect drink, according to Swinton.

I have them everywhere in my house and I use them for everything. What most people don’t know is that depending on what kind of bar spoon you buy, they all have an exact measurement. Most of my big bar spoons that have the red rubber tip on them are all a 10mL measure, so I can use them for conversions between tablespoons and teaspoons. It’s my all purpose spoon at home.

I think a $3 or $4 muddler is a great investment, and I’ve even used a French rolling pin as a muddler. Obviously, it’s ginormous but it really does the job. I’ve used my rolling pin more for muddling than for actual baking.

I use an elbow citrus press in my cooking all the time whenever I’m using citrus juice. I’ll even press grapefruits with my lemon one. I’ll cut my grapefruit into eighths and I can juice grapefruits that way. I wouldn’t go out and buy one of the really giant ones because they’re not that effective when you get to limes and things like that. I find the lemon one is the perfect size. The Chef'n one that I have--it's plastic and they don't look like they're going to last but they actually last a really long time--I’ve had for several years and it’s never been broken. I find a lot of the enamel coated metal ones tend to snap. 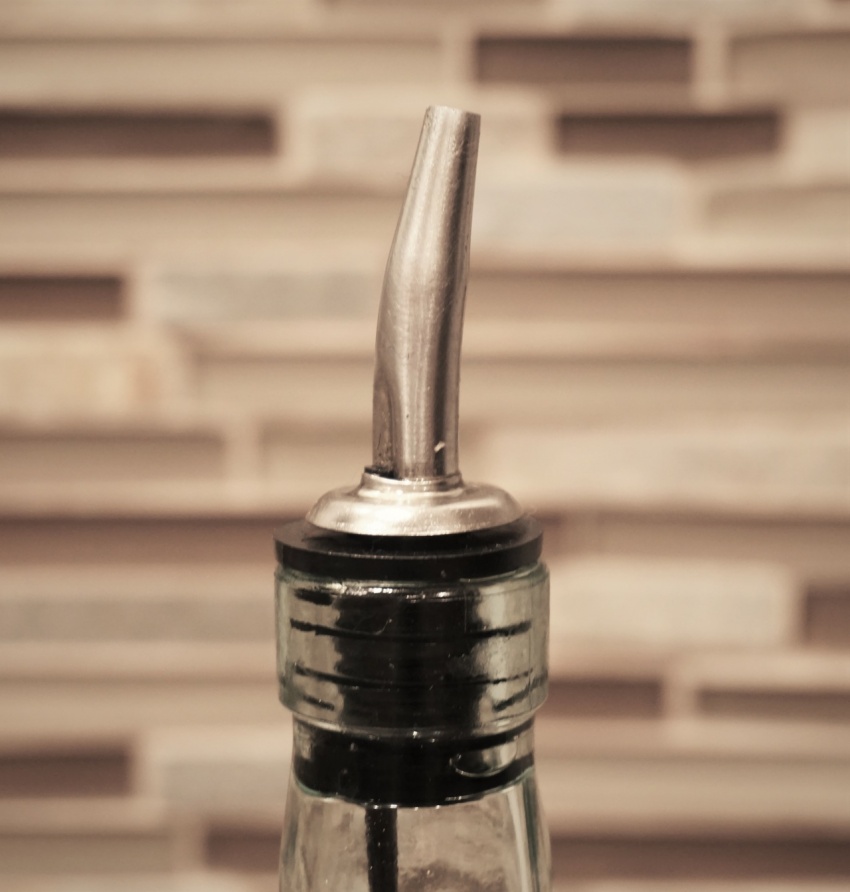 It gives more of an accurate measure as to how much I’m putting into my drink. Instead of a few glugs or a couple of fingers, I can give myself a more reasonable pour [this way] with less spillage. Even the ones they sell at specialty food stores that have a little cover on them, those are pretty good. Pouring into a shot glass from a bottle, you have to be pretty steady handed to do that without spilling too much. 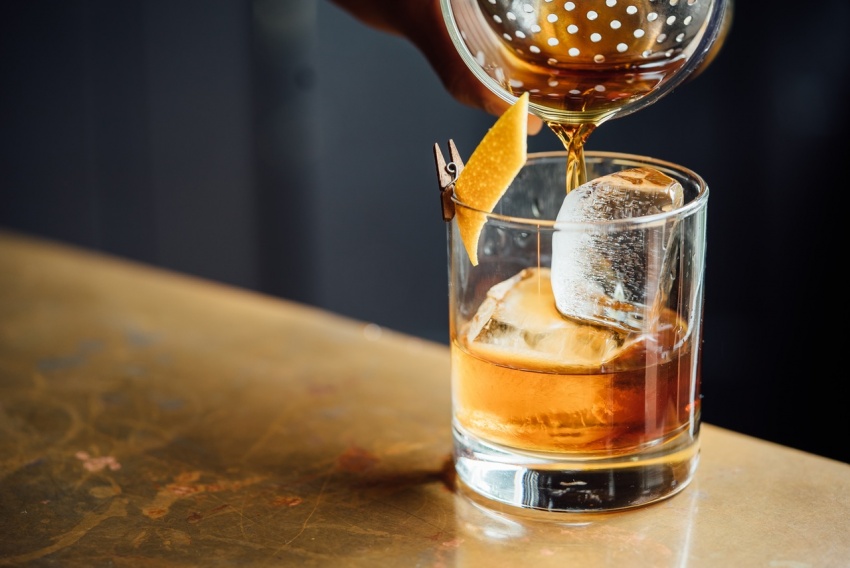 Having block ice is really nice, especially for the winter time for more classic cocktails like Manhattans. I like just having the 2" X 2" ice cubes; it’s just a little bit sexier. It doesn’t dilute your drink as much. If you want one drink that’ll last an episode of Stranger Things, you need that big cube.

What you don't need: specialty knives

If you have a nice paring knife, you can do pretty much everything that anything else can do. The only exception to that is a Microplane, which is a very unique and specialized tool but can do a lot of things when it comes to zesting. But other than that, a good paring knife substitutes for all those weird things like strawberry huller or a citrus tool. Don’t go out and waste your money on those things.

Much like a dirty martini, the mild hint of fish sauce gives this martini a unique savouriness.

1/4 oz. Dry vermouth (I like Noilly Prat for this version)

In a mixing glass, combine gin and vermouth. Add ice and stir until well chilled, about 20 seconds.

Add a few drops of whisky-fsh-sauce mixture to chilled martini or coupe glass and roll around glass to rinse. Shake off excess liquid then strain chilled cocktail into rinsed glass. Gently rub Kaffir lime leaf around the rim of the glass, place in drink, and serve.

Award-winning Raw Bar restaurant celebrates a fusion between Vietnamese flavours and contemporary culinary techniques, a style called Vietmodern. Enjoy creative dishes, designed to be served family-style, showcasing fresh, local ingredients enhanced with Asian influence. Raw Bar is renowned for its cocktail program, which has been collecting accolades and fans for over 10 years. Located inside Hotel Arts, Raw Bar exudes a sophisticated, art-infused aesthetic and offers outdoor dining on the seasonal poolside patio in the summer months.