When it comes to the spoils of the sea, few shelled delicacies are enjoyed more frequently and as fervently as the oyster. Whether it’s buck-a-shuck night at the local oyster bar or a pricey add-on at a luxurious fine dining institution, if you enjoy seafood, there’s a good chance you love oysters.

But before we dive directly into how oysters are farmed, here’s a bit of background on the briny bonnes bouches.

The Pacific oyster, which was introduced from Japan for aquaculture in Canada, is the most widely cultured oyster in the world with the majority of exports going to the U.S., Singapore, and Hong Kong.

American oysters are typically available in two sizes: the traditional size (between three to five inches) and the cocktail oyster (less than three inches). The two types of American oyster are grown in the warm waters along the coast of P.E.I. and New Brunswick, as well as in the coves of Cape Breton’s Bras d’Or Lakes.

Now that we have a bit of information on each type of oyster, onto our original question: How are oysters farmed? 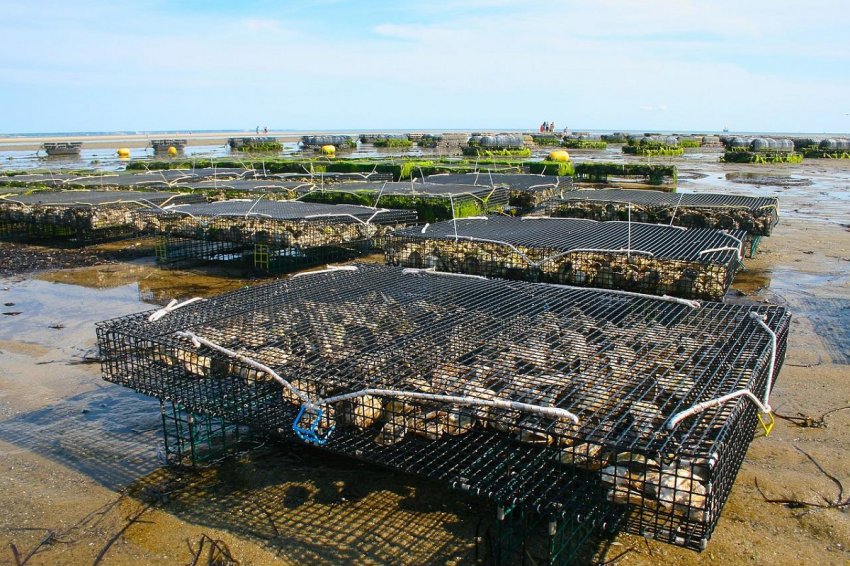 The production cycle of an oyster farm begins with the collection of oyster larvae. Nowadays, very few are initially found in the wild. Instead, most of today’s oysters are produced in controlled hatchery facilities from spawning adult broodstock. The larvae are kept suspended in tanks by circulating nutrient-dense ocean water, and in just a few weeks the larvae transform into tiny seed.

On the East Coast, once the seed reaches maturity, it can usually be transferred directly to the ocean for its final growth period, but on the West Coast, the seed typically require an additional step to find their full growth potential. Once the seed is ready for the grow-out stage, it can be reared in one of three systems: on a beach or sebead, along vertical lengths of tubing or rope, or in floating trays suspended from a flotation device in deep subtitle water.

Aside from the tricky task of replicating optimal conditions, oyster farming doesn’t require much maintenance other than providing a clean environment and limiting predation.

Canadian DYK: Seaweed is a pantry staple in Atlantic Canada

For the love of shrimp: choosing sustainable varieties