If you follow any food-related social media accounts, you may have noticed that chefs and food-enthusiasts alike tend to get particularly excited toward the end of winter about the impending arrival of a particular spring mushroom. So excited, in fact, that many restaurants will even dedicate weeks-long tasting menus to celebrate its satiating splendour.

Morel mushrooms, also known as Morchella, are one of the few spring species of mushrooms, so they can typically be found as early as March and as late as June, depending on where they’re geographically situated.

Morels normally grow in a five-year cycle of gathering and storing nutrients after the spores fall, cross-pollinate, and germinate. Though the science is still somewhat inexact, the ideal growing condition for morels is believed to be a well-shaded, woodland habitat with wet and warm soil that is high in organic material; sites with recent forest fires, floodplains, or windblown trees are considered optimal for meeting those guidelines. 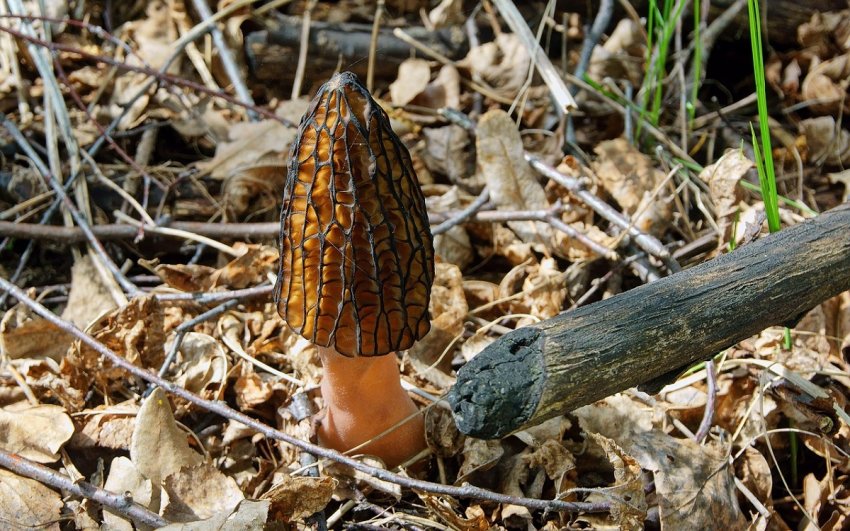 Because morels are a relatively unreliable crop, they aren’t farmed on a large scale like other mushrooms. As a result, most morels are found in the wild, and since the morel’s earth tone honeycomb-shaped caps are almost perfectly camouflaged by their woodland habitat, they can be exceedingly difficult to find.

Much like truffles, finding morels usually requires the help of a professional hunter and the sensitive snout of a pig or dog, so buying them second hand can cost upwards of $30 per pound when fresh and well over $100 per pound when dried.