With nearly 25 years in the music business, three solo albums, and one-of-a-kind tour that saw him traverse the Maritimes on his bicycle, we think it's safe to say that there is truly no other musician quite like St. John’s-based singer Adrian House.

As a long-time staple in the St. John’s music scene, House has earned his share of local awards and accolades, including a 2021 Video of the Year nod for his 2021 track “Short Back & Sides”. More recently, the bilingual songwriter also became the first Newfoundlander to reach the semi-finals in the Festival International de la Chanson de Granby in Granby, Quebec.

This year, House also released the lead single to his 2019 album Lookin’ Up, which didn’t get a proper release due to the pandemic. “Changes” combines an upbeat blend of indie-folk and 60’s rock with a captivating message that inspires listeners to embrace life and happiness in the face of adversity.

Despite being in the midst of recording a full-length French album that is set to be released in the fall of 2022, House recently took some time to take us on a virtual tour through some of his favourite food and drink spots in his hometown of St. John’s, Newfoundland.

I was thrilled when you asked me to do this as I love food, and we have such an amazing food scene here in St. John’s. For breakfast, I’m going to go with Toslow. It’s a pretty hip spot with an inconspicuous sign, but the staff are sweet and the food is mouth-watering.

Everything ìncluding burger buns is baked in-house, and the flavour combinations are creative and spot on. “Apple butter mozza sandwich with bacon and arugula salad,” for example, or “Jalapeno touton breakfast sandwich (toutons are Newfoundland’s bannock).” I’ve never bitten into anything there and not said “yum!” Lots of great veggie options too? Did I mention they have homemade donuts, and there are pictures of cats everywhere?

A post shared by The Nook and Cannery (@thenookandcannery)

I and many others were sad when The Big R closed, but the sadness turned to glee when amazing chef Amy Anthony announced she was taking over the space to open her restaurant The Nook & Cannery. The decor is colourful and cozy, the atmosphere is cheerful and friendly, and the food is fantastic.

Amy takes fresh, mostly local ingredients and turns them into delicious, unpretentious dishes. It’s pretty much comfort food taken up a notch, with dishes like the Hot Honey chicken burger which is twice fried chicken breast, house hot baccalieu trail honey, pickles, shredded lettuce and spicy aioli. Lots of Asian influences too, with simple Korean, Indian and Thai inspired dishes. Homemade pickles and preserves are often part of the meal, and can be purchased at the front, hence the ‘Cannery’ in the name. 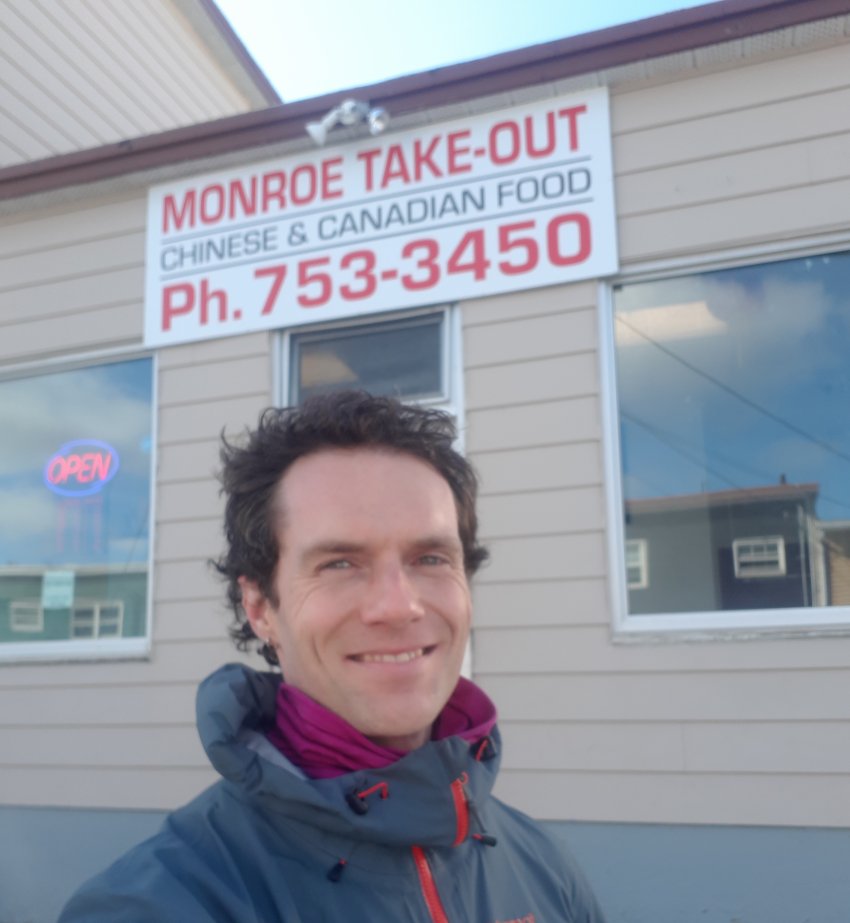 We have great fine dining spots like Chinched and Mallard Cottage, but my favourite spot is less well-known (except to locals) Monroe Take-out. For over 10 years this takeout-only joint has been my go-to when I need comfort packed in styrofoam. The food always tastes really fresh, and when you go in you can hear the sizzle of the wok behind the wall as the owner, Jenny, churns out dish after dish of piping hot, delicious food for waiting customers.

I was amazed when I asked her how long the restaurant has been around, and she told me almost 50 years. It was started by her grandparents and she took over eventually, so it’s cool to know that history. 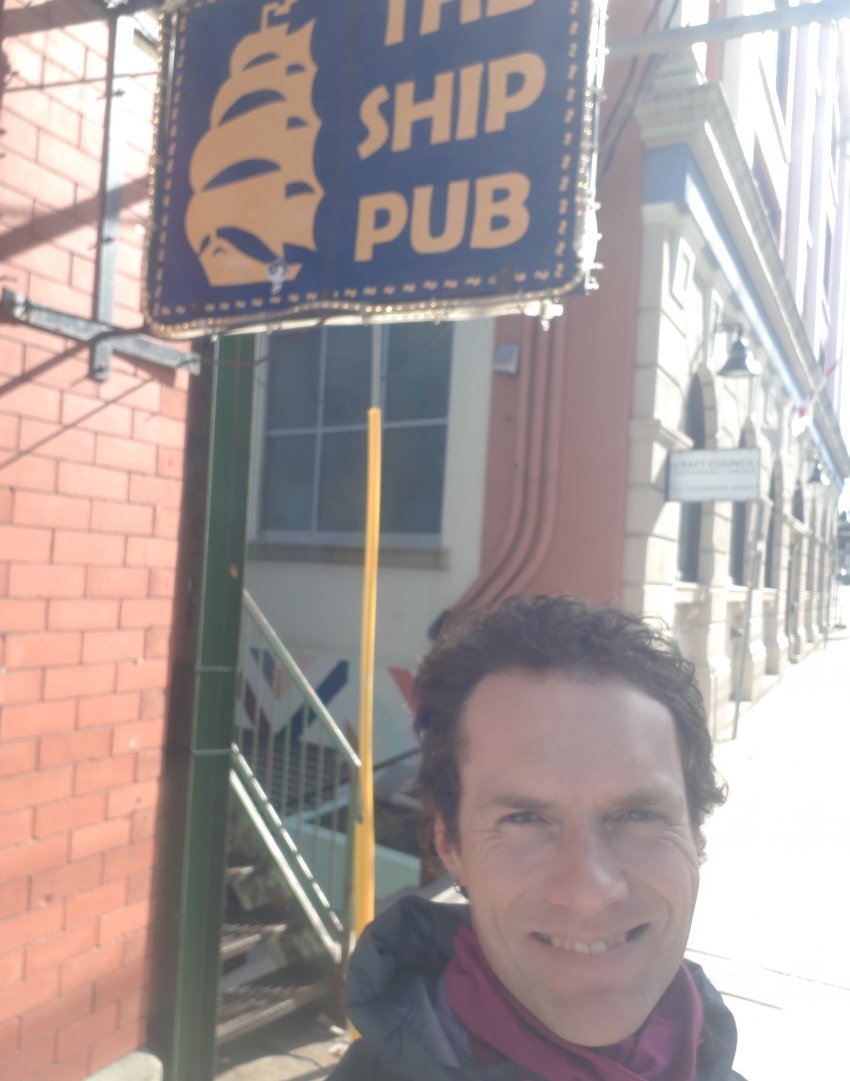 I don’t drink alcohol. I really am a Newfoundlander, I swear! I’ll pick the bar with the best ambiance in the city; The Ship Pub, formerly The Ship Inn. It’s a place that feels like it’s been around forever, and way back in the 90's sketch comedy troupe Codco immortalized it in song and video.

It also has the best bartender, Bill, who’s always up for a chat and has the best Tom Waits voice in town. Every well-known artist or band has played there, and on the night that Ron Hynes (Newfoundland’s Bob Dylan) died, the power went out all over downtown and people congregated at the Ship by candlelight, sharing memories. It’s a magical spot, still the best place to see a band, has great food, and is a stone’s throw from my house, which is wonderful when I have a gig there.

I hope you’ve enjoyed this snapshot of a day eating in my city. It’s a weird and special place and worth a visit if you haven’t been already.