Let’s get something straight: Eating meat is not bad for the planet. Well, not exactly, but let me explain...

I want to start off by saying that this opinion piece is in no way a slight against vegetarians and vegans. I honour and respect your choices and I know it’s not easy to go against the grain in what can often be a meat-heavy food culture. 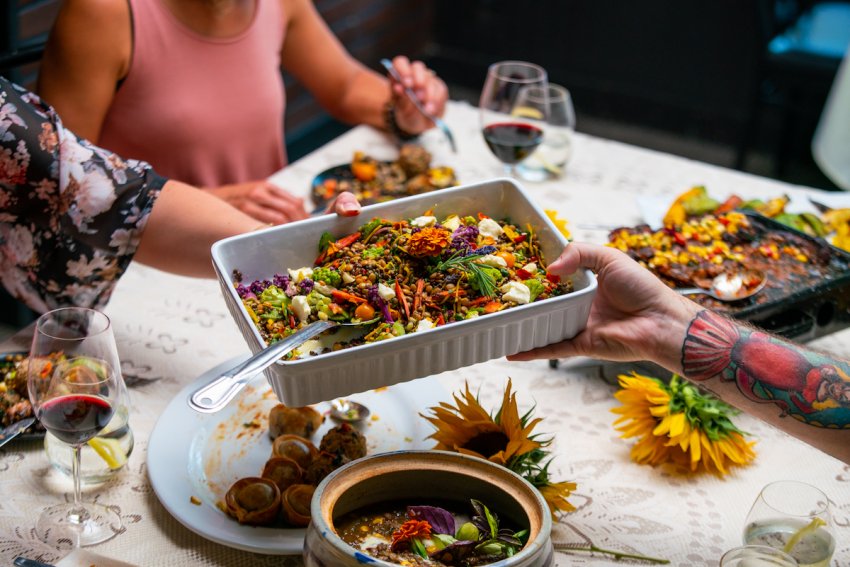 A dinner scene celebrating Saskatchewan-grown lentils from the upcoming Flat Out Food docuseries.

I followed a vegetarian diet and later a vegan one for several years when I began studying yoga in India. This dietary choice also continued when I returned home to Saskatchewan. While I maintain the yogic principles–for myself this means having the utmost respect for the sacredness of all life on earth (soil, plants, water and especially animals that become nourishment)– I once again began incorporating meat into my diet because my mind, spirit and body declined without it.

The marketing, influencer-type messages and “facts” I see that are associated with Veganuary are propaganda and don’t tell the whole story about animal agriculture’s effect on the environment.

Take a statement from Veganuary’s website for example: “Veganuary encourages and supports people and businesses alike to move to a plant-based diet as a way of protecting the environment, preventing animal suffering, and improving the health of millions of people.”

Frankly, it doesn’t matter what kind of food we eat because all forms of food can be detrimental. What’s more important is the how. 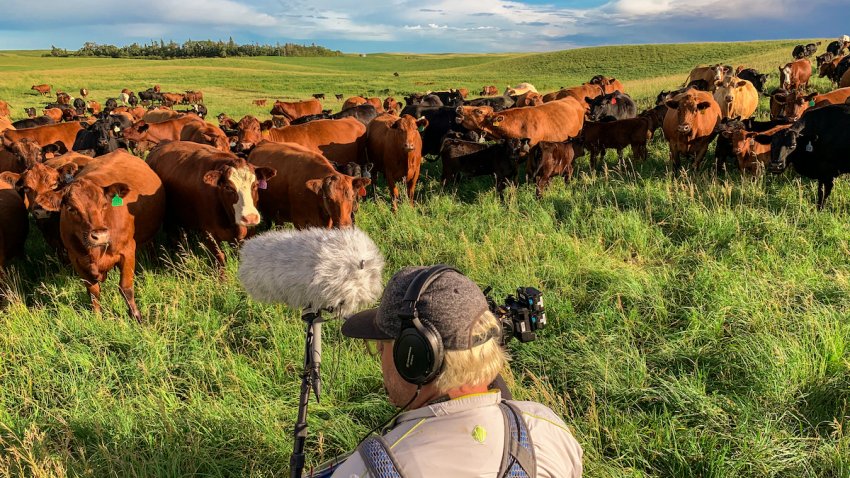 How was your food raised or grown?

How were the workers treated?

How were the soil, plants, waters and animals treated?

How far did it have to travel to get to your dinner plate?

Veganuary makes the issue black and white; Animal meat is bad and plants are good. Unfortunately, it is just not that simple and looking at it this way is a huge disservice to local farmers and local food systems. The nonprofit dumbs down an important topic that we can no longer afford not to take action on in 2021.

By the very nature of being human on this planet we are causing death to other species–whether that’s through animal or crop-based agriculture. Our very existence means that other species must die so we can continue to live and consume.

Conventional agriculture for vegetable, fruit, grains, pulse and oil crops causes excessive animal habitat and biodiversity loss, and depletes the soil, which is our life force. Industrial animal agriculture is wreaking havoc for all involved, from the farmers who are rarely paid a fair wage to the animals raised in high-density (and for some species, wholly indoor) operations. This clearly needs to change.

In my humble opinion, it would best serve this planet for us all to have reverence for our food– and the soils, humans and the systems that produces it.

These days, food waste is off the charts and should be front of mind for Canadians who know the comfort of food security. Did you know that developed countries currently throw out enough to feed much of the world’s most vulnerable countries.

Much of this waste is generated by the industrial agriculture system which relies on tight turnarounds, “perfect” looking produce usually grown using excessive chemical inputs that damage the soil, expiry dates and food safety regulations that force grocery stores to throw out good food and a global shipping supply network that can (and often does) go wrong which results in needless waste.

Last year, the first nine months of the global pandemic showed us just how broken this system is. 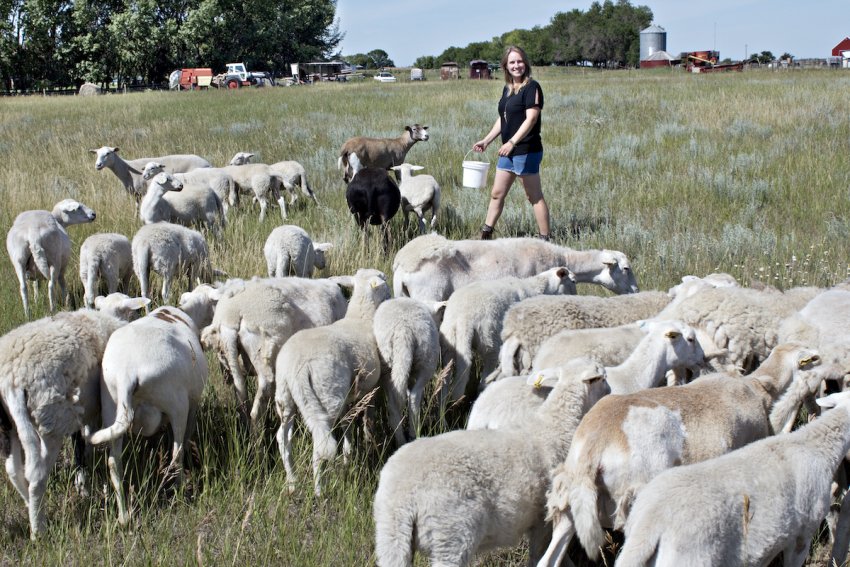 Farm One Forty in Saskatchewan.

I’ve found that when I spend a bit more on high-quality meat and produce from local farmers I trust–or food hubs that work directly with farmers–my food waste is close to non-existent. I have more respect for the food because I know where it came from and how much work went into growing or raising it.

There are forms of agriculture, both for animals and plants, that give back more than they take. Regenerative agriculture, biodynamic and permaculture practices seek to mimic nature as closely as we humans can. These systems are working with great success for the farmers and producers that use them.

I know this because I’ve watched them in action. From farms with multi-species rotational grazing practices to ranchers raising grass-finished cattle and regenerating our precious grasslands–southern Saskatchewan is home to some of the world’s last remaining grasslands by the way–seeing this firsthand is inspiring.

Did you know that when grasslands are properly managed they capture magnificent amounts of carbon?

Cattle are a key part of this diverse system that requires grazing ruminants to keep it functioning since the wild bison who once did this job no longer roam North America’s plains like they once did.

My opinion comes to you from a food activist standpoint.

My knowledge is based on a decade-long career as a local food journalist, writer, author, and from hundreds of interviews with farmers and from a “boots-on-the-ground, real-world experience visiting farms that use these methods both on the Prairies and in other parts of the world.

This type of farming is real. It is a good choice for all types of eaters to support and, more importantly, it can help regenerate Mother Earth’s health. We’ve surpassed the point where we can simply “sustain” what we’re doing in the agricultural systems we support.

We need to restore and regenerate and if you eat food, you can help play a part in it.

All you need to do to get started is to buy just one ingredient locally, either from a local food hub or a farmer! Get to know that farmer. Ask them about their growing or animal husbandry practices.

Make a concerted effort to get curious about the nourishment you’re providing your body. Buy quality over quantity. Try to spend your money in your own community by supporting farmers that employ these practices as this also strengthens regional economies. Last, but not least, waste less.

While I am curious about the rise of lab-made proteins, I won’t be jumping on the bandwagon anytime soon, especially if it’s anything like some of the fake-meat type products I see on store shelves. Chock full of inflammatory vegetable oil, additives and imported products such as soy, which is widely grown in unsustainable conditions with excessive chemical inputs.

If you ask me, eating local, real food, is almost always the most nutritious, delicious and environmentally friendly choice.

If you’d like to learn more about some of Saskatchewan’s finest farmers and food artisans, grab a copy of my book Flat Out Delicious or join the conversation with me on social media.

McCain commits to a green future with sustainable farming practices

Below our feet:“Barcoding” soil to track climate change