Collaboration. Merriam-Webster defines it as “working jointly with others or together especially in an intellectual endeavour.” In the restaurant world, collaboration happens all the time. It is an extraordinarily intellectual endeavour to ensure that every step in the menu development and cooking process--from conceptualization of a dish and procurement of ingredients to firing the order and plating each component--doesn’t end in disaster.

When we hear the word “collaboration” in the restaurant world nowadays, it often means special events put on by one or more guest chefs and a host chef to jointly prepare an extraordinary meal, at least that’s how it should be ideally. Done well, it facilitates sharing of knowledge and expertise and benefit the chefs and the diners. More often than not, though, these collaborations don’t live up to their definition. Too often, ego, busy schedules, unfamiliar kitchens and logistics get in the way of chefs working closely together towards jointly developed dishes.

As a diner, it’s infuriating to attend a collaboration event, especially an expensive one, and watch it fall flat. For chefs though, faux collaborations are equally frustrating, and in many ways, avoidable. We spoke with several who are well versed in collaborative events to get their input on what works when collaboration goes well, and what they’ve identified as barriers to this through their experiences.

As Winnipeg’s chef Ben Kramer puts it, chefs have to leave their egos at the door in order for true collaboration to be possible. In cases where the visiting guest chef is notably more “famous” than the host, creating an even playing field can be difficult.  However, as Kramer describes, “Collaborations are about learning and highlighting the gifts that each party brings to the table. It’s about adapting to and working with another’s style while staying true to your own.” This balance of simultaneously maintaining individuality and letting go of ego is easier said than done, but ultimately incredibly rewarding for chefs and diners alike when done right.

John Winter Russell of Montreal’s Candide is no stranger to collaborations either. Engaging in what he estimates to be seven to nine of them each year, he notes that a big aspect of doing them well is practice. “Service for a collaborative event is much different than service for normal night. Everything takes a little bit longer compared to what your normal set up is; everything needs to be ready about an hour earlier. The pre-shift takes 10 times longer than it does normally,” Winter Russell elaborates. The old adage, “Proper planning and preparation prevents piss poor performance” rings true here in ensuring that things run smoothly when you’re working with new people in an unfamiliar environment.

Aside from practice, Winter Russell seconds Kramer’s view on ego killing collaboration. He even takes it a step further, explaining that he won’t even bother to engage in collaboration if he gets the sense that ego might get in the way.

“We filter that out from the beginning,” he says. “I can’t think of a collaboration where we thought that we’d have to deal with drama. I’m the most anti-drama person you’ll ever meet. It’s my kryptonite, it gives me anxiety.” 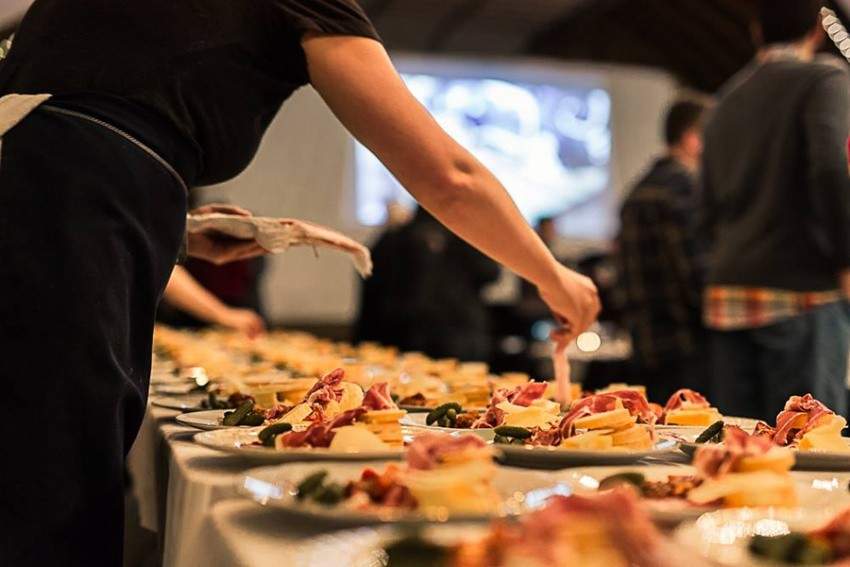 Massimo Piedimonte, executive chef at Montreal’s Le Mousso adds that the effects of a successful collaboration can extend far beyond the night of the event itself. One of the events that he describes as having had the most influence on the restaurant was a collaboration with Finnish chef, Filip Langhoff. “He introduced us to many different things,” Piedimonte explains. “The restaurant took the most leaps and bounds after that event, putting more emphasis on presentation and minimalism.”

Although Piedimonte encourages taking inspiration from collaborators, he also cautions against complete assimilation. “If you’re really excited and try to change to impress them, you end up losing your style more often than not,” says Piedimonte. “However, after events you always learn something. It’s kind of like staging with someone for a couple of days. You get to ask questions and learn new tricks.”

Given these perspectives on the matter, it would seem that successful collaboration hinges on chefs checking their egos at the door collaboration, learning from each other while maintaining their individuality, and prioritizing planning above all else. As a diner, it’s a lot easier to be happy with your meal at the end of a night when you can see the cooperation succeeding through the chefs’ engagement and interaction with each other. Even more so, true collaboration is reflected on the plate.

As chef Ben Kramer summarizes, “It’s a success for me when guests are unsure who is responsible for which course.”