Working your way up the ranks in world-renowned kitchen like Chicago’s Alinea is no small feat, but Toronto’s Dan Perretta has managed to do just that. After attending culinary school at George Brown in Toronto, Perretta worked for some of Toronto’s best chefs, like Claudio Aprile, and was encouraged to travel and hone his skills abroad. Garnering stages everywhere from El Bulli and The Fat Duck, to Per Se and Alinea, he cultivated an impressive resume and made connections with top chefs around the world. Now working as the executive chef for Alinea’s cocktail-oriented outpost, The Aviary, he oversees their kitchens in Chicago and New York. We spoke with Perretta to learn more about working in one of the world’s best kitchens, how being Canadian has shaped the way he cooks, and insight he has for inspiring culinary talent.

What was your path to get to Alinea, and now, the Aviary?

I started at Alinea as chef de partie in 2007. When Alinea first opened in 2005, I had done a stage there that was set up by Claudio Aprile in Canada. From there, I kept a relationship with Grant [Achatz]. I had gone to the Fat Duck and El Bulli to do stages and returning from El Bulli, I was looking for something [more permanent]. I was set on working in ultra fine dining; I had my eye set on the French Laundry or Per Se. At the time, Alinea was really taking off too. I did a stage at Per Se and flew to Chicago to do another stage at Alinea.

I loved the atmosphere. It was like nothing I had ever seen: quiet, militant. To see chef standing at pass—working from 11 a.m. until 2 a.m. or 3 a.m. in the morning—along with the entire staff, solidified that that was where I wanted to work and ultimately what I wanted to become one day.

Why were you so inspired to work with chef Grant Achatz?

Was it always your plan to leave Canada or did it just happen along the way?

It kind of just happened. I was in culinary school and working for Claudio, seeing what these guys were doing abroad. Claudio was always pushing me to see what’s out there and see different things, to come back with all this knowledge—which I didn’t obviously do. [Laughing] Keep travelling and keep learning, develop relationships, and move up the brigade of a kitchen.

Now you’re executive chef at The Aviary in Chicago and New York, what is that like?

It’s a spin off of Alinea, basically the cocktail world of Alinea. The food we do is very similar to what you’d find at Alinea. You have to do your own food but keep it in the same genre. 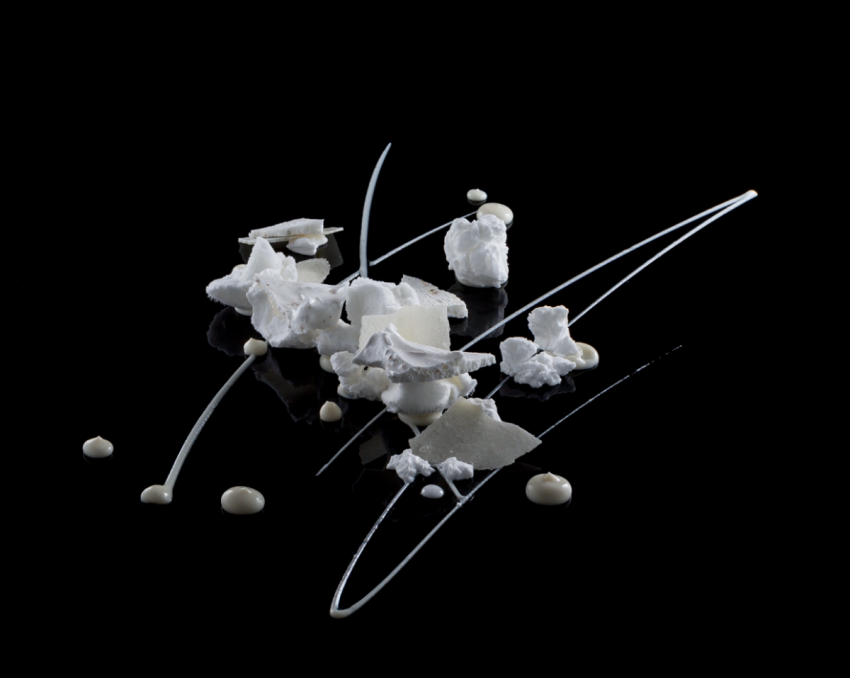 How has being Canadian influenced the way you cook?

Growing up in T.O. and having access to a diverse multicultural city has shaped the way I cook now. I wouldn’t call it Canadian cuisine by any means, but influenced by Japanese, Chinese, Thai cuisines—flavours I grew up with that are nostalgic and I enjoy; not Canadian per se, but what is Canadian?

What is your perception of Canada’s current food scene?

I think it’s up and coming. With Instagram and social media, we have access to see what other chefs are doing around the world. There really isn’t any sort of gap from what Canada is doing compared to anywhere else in the world. I think it would be really cool if Michelin would start visiting Canada and give them a shot. There really shouldn’t be any border in food. It just so happens that Grant Achatz is American and he opened Alinea.

Do you make it back home often? If so, where do you like to eat?

I do. I come back and see all my family who live around Toronto. I don’t make it out to eat as much as I would like. On my radar though, Patrick Kriss at Alo is doing some cool stuff and I still haven’t made it out to try Grant van Gameren’s spots like Bar Isabel.

Would you ever consider moving back to Canada to open a restaurant?

It’s impossible to say what the future holds. I love working with this restaurant group. There are so many opportunities; there’s no limit to what you’re able to do as a chef in this company and I love this. I’ve been in the States for seven or eight years so I’ve made my home here. Currently I plan to stay, but never say “never”.

What would be your advice to up and coming Canadian culinary talent who may want to be in your shoes one day?

Put yourself outside of your comfort zone. Travel and see what’s out there. Based on my experience growing up in Canada and having access to so many different cuisine, get out there to see where that food really came from. Travel to Italy, France, Japan. Get out, explore!

Chef Justin Leboe on what it takes to be a good chef, the money and getting out of the kitchen

Sharpening the next generation of chefs