It’s increasingly commonplace in today’s world to see people leave their stable, well-paying jobs to pursue careers of passion. This transition doesn’t always pan out, but when it does, the change can reap benefits far beyond improving personal happiness. Yoni Amir left his corporate job to start making falafel, of all things. Born in Israel, Yoni’s love of eating good falafel drew him to want to raise the standards set for this crunchy, fried sandwich in Montreal. Now, those in Mile End and beyond get to experience the tastes of Yoni’s childhood at Falafel Yoni without having to travel to the Middle East. It’s a win-win for all. We sat down with Yoni to chat about where he gets his inspiration, his transition into the restaurant world, and most importantly, what makes the quintessential falafel. 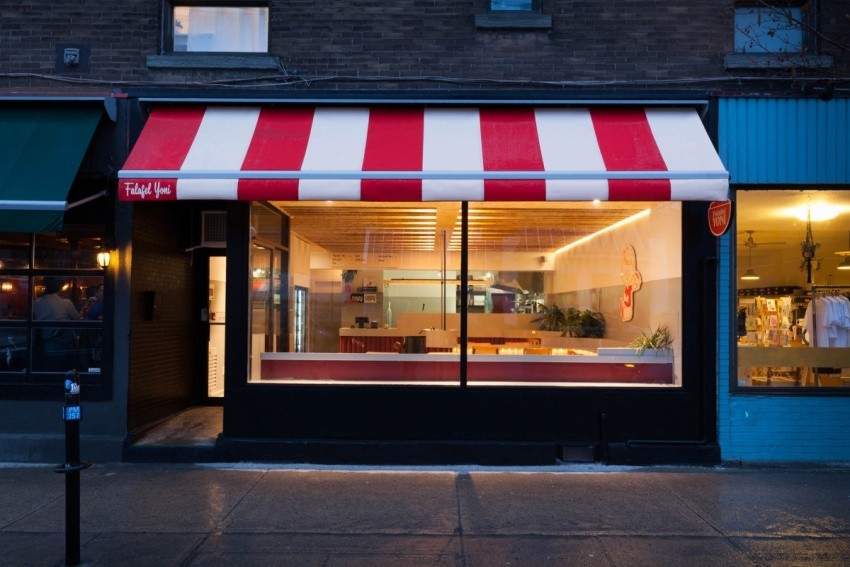 What inspired you to start up such a niche restaurant choosing to specialize in falafel only?

I’m not from a restaurant background, I’m from an entrepreneurial background. I was working a job for the last five years, which towards the end, I was less happy about what I was doing. I was travelling in Israel—I was born there—and there’s falafel everywhere. When I go, that’s what I want. Montreal has nothing to compare. The thought of opening something that is so ubiquitous to Israel in Montreal came to mind.

How has the transition from corporate to restaurants been?

Relatively smooth. My job previously required me to be resourceful; figure out how to do it and get it done. It was a similar experience dealing with bureaucracy, opening a business in Mile End. Thankfully, I have good friends: a chef who is my business partner, an architect who the designed space, and another friend who is a tattoo artist who designed the logo. Putting out fires is a daily thing but it has been relatively smooth overall.

Where did you learn how to make falafel?

Being from Israel, I’ve been making falafel for years for myself to satisfy my nostalgic cravings for it. Playing with different recipes, we narrowed it down to what we have now. The biggest challenge was keeping the same product when we scaled up the recipe. 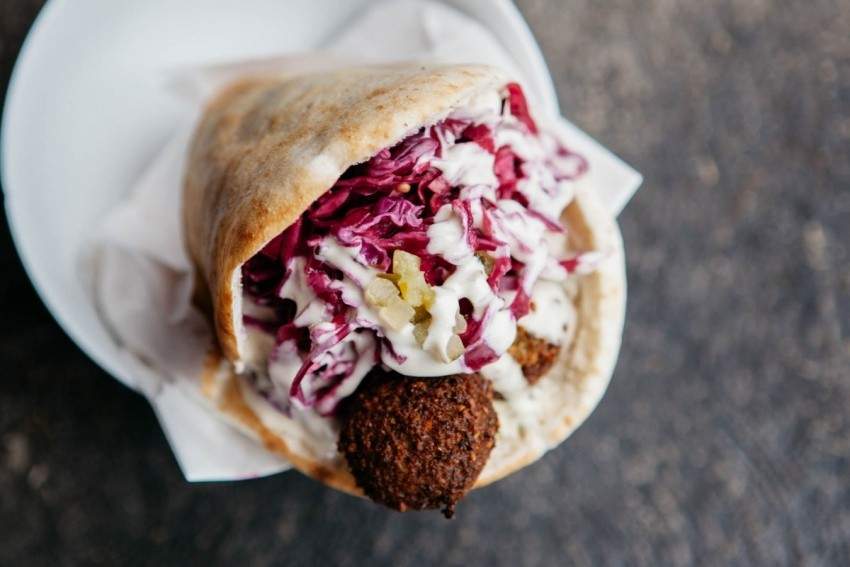 What sets your falafel apart?

We do everything from scratch. We don’t buy peeled garlic, we peel it ourselves. We squeeze our own lemons, make our own spice blends. Also, we fry our falafel on the spot so we’re not serving falafel that has sat under heat lamps for more than 10 minutes. It’s about putting in the time, energy, and heart into everything that we do, even though technically, falafel is just the hot dog of the Middle East. That’s it.

In your view, what is the secret to the perfect, quintessential falafel?

All of the condiments and contents need to provide a good balance of flavour. You want a little bit of everything in every bite; similar bites as you go through the sandwich—fresh, flavourful. It’s messy food but it needs to be presented in such a way that it doesn’t get all over you as you eat it.

What are the benefits or limitations of offering such a condensed menu?

From a business and eco standpoint, we are able to minimize perishables because we minimize the number of ingredients we keep on hand. There aren’t any expensive items like meat or cheese to have to throw away if it doesn’t get used. We have been very busy, so that means high turnover. We also wanted to keep a small menu conceptually because that’s the way we like to go eat. We don’t want to be be bombarded by 35 different hamburgers when we go out for a burger. Falafel in Israel is exactly that, one thing to choose from, like a hotdog stand.

It seems like Falafel Yoni is a concept that could be easily expanded into additional locations. Is this something you see yourself doing?

I haven’t taken too much time to think about it. We want to go through winter and allow ourselves to get our footing. But yes, I think it is something we could replicate in another neighbourhood. 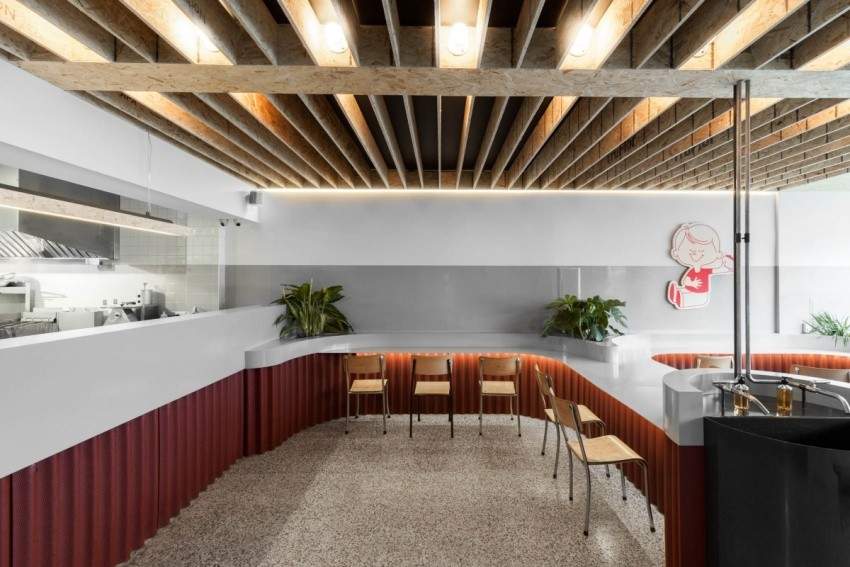 Why set up shop in Mile End compared to other neighbourhoods?

I live in Little Italy. I spend a ton of time here. I’m really familiar with the neighbourhood and thought the demographic would fit. Location is super important. There were spots on Fairmount and Bernard I didn't go with, but we got lucky with the spot we did.

Yoni always seems to be busy, is your clientele mostly locals or are people also coming from afar to try it?

We get a lot of people who work in immediate neighbourhood coming for lunch throughout the week. But there are also people from all around coming in the afternoons and for dinner. We see different demographics at different times of day. Lots of Israelis also flock to check out what we are doing.

Do you ever get sick of falafel given that it is your sole specialty?

Yeah I’m getting there {laughs}. I eat a bit every day to make sure it is on point, but I also run to other restaurants in the area to eat lunch. Lloydies, Banh Mi Banh Yiu, Larry’s; they’re all great.

Joe Beef’s David McMillan on their new cookbook, the excess of restaurants, and surviving the apocalypse