Forging your own path in the culinary world is no small feat, especially when you’ve grown up in a family of restaurateurs. For Kabir Kapoor, co-owner of Montreal’s Le Fantôme and Pastel, and partner at Ssense café; being exposed to the workings of his parent’s restaurant, Le Taj, was fundamental in establishing his own, unique identity. He recounts that even in tasting dishes he didn’t particularly enjoy, like bitter gourd curry, he gained an appreciation for the history behind certain dishes, as well as the transformation of product from inedible to nourishing. We sat down with Kapoor to learn about how his upbringing have shaped the way he runs his restaurants today. 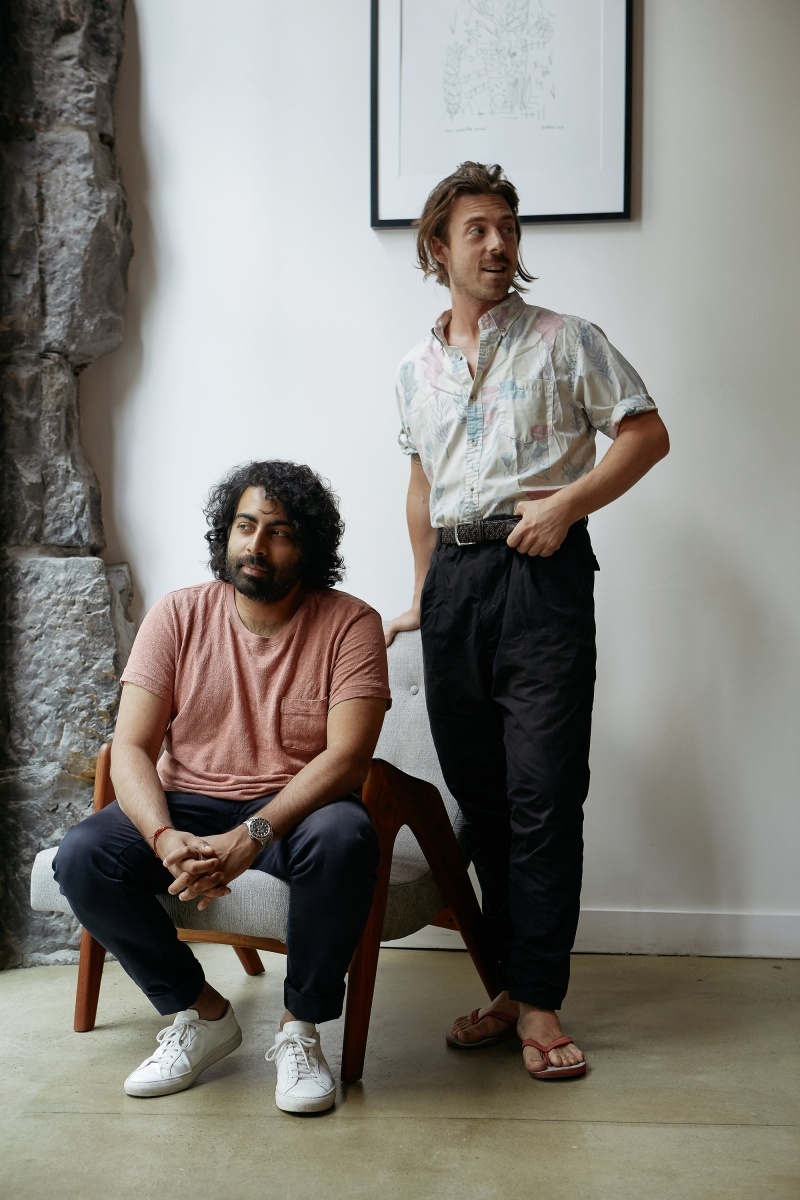 How did you get your start in the restaurant industry?

I was born into the industry. My parents own the oldest Indian restaurant in Eastern Canada, Le Taj in Montreal. I took an interest when I was five or six years old, as soon as I walked in the restaurant. I saw all the mise being prepped in the kitchen for the big production dinner service. As I grew up, I picked up shifts dishwashing, bussing, and then waiting tables to pay for university.

How did things progress from there?

After university, I had to decide, “Do I pursue more school, or do I pursue this line of work?” I took a few cooking classes, a two-year restaurant management course, and took Le Taj over for a little while trying to make changes so it would run for another 30 years. It wasn’t my restaurant though; it was my father’s restaurant, his vision. It’s a well-oiled machine and to change it would have been a mistake. I didn’t want to impart my philosophy on it.

What happened after you left Le Taj?

I decided to open my own restaurant, something in line with my philosophy and what I want to represent. One of my best friends, Jason Morris, was head chef of Milos. He had always made a plan that he was going to go away to work at Michelin-starred restaurants in Europe. Jason came back and became my business partner. Now we have three restaurants together.

It sounds like it, but it came with a lot of sacrifice, a lot of hard work. Running a business comes with trials and tribulations. It’s easy to be creative, to have fun, and innovate— thinking about things like ergonomics, something as simple as a table setting, how someone will eat, how chairs have to be comfy. You’re always looking for the x-factor. What can you do to push boundaries?

And the trials and tribulations?

What they don’t teach you is how to run a business, how to manage employees, especially going from six to seven employees in a small restaurant to 40 in a larger one, everything changes. You have to make sure this machine runs in way that all employees are happy and are being efficient. Everyone has to drink the Kool-Aid of your philosophy. That’s the only reason they’re there. If they’re just there to get paid, you can feel it. They’re not happy. You can tell when it’s just a job for them.

How do you get them to drink the proverbial Kool-Aid?

You have to have fun and try and keep the atmosphere as light as possible, but we work hard and play hard. People don’t understand what that means. When the doors open and briefings are done, our game faces are on. We are there for no other purpose than to serve clients and give them a special experience. Everyone in the restaurant has to want that.

How do you keep your staff happy and wanting that?

For one example, we found that after opening Le Fantôme, there was huge disconnect between the kitchen and the front of house. The kitchen gets in at 9-10 a.m. and are the last to leave at 1-2 a.m. The front of house comes in at 3 p.m., clean up, and leave by midnight. There’s also a huge monetary disconnect: tips, which are an inherent problem. We asked other colleagues—chefs, restaurateurs, managers—what did they think about the disconnect? Tipping is a hot topic. By law in Quebec, tips are for the service staff. The kitchen doesn’t need to be tipped. With Pastel, we changed that. Kitchen staff gets a certain amount of points and so do the front of house. Our kitchen staff can now make fantastic salaries. And once the front of house staff understands that and understands how hard its colleagues are working, it gets on board. It’s something small but it adds to the overall philosophy.

How do you work around difficult customers?

Our job is to make sure that difficult customers have a good time. We try to get on the same page with them. There’s a saying, “The customer is always right.” I agree with half of it. I think it should be changed to, “The customer is never wrong.” You may have an opinion and it is not wrong. I also have an opinion and it is also not wrong. I try to look at it that way. It’s much easier to defuse a client who is upset by having a simple conversation than saying that it’s the way that it is, and they just have to deal with it.

When do you have to put your foot down?

When clients are disrespectful, outright rude, or make you question your livelihood and what you do for them. Then, it is an immediate end, but I will always try to understand. I’m also a client and I can also be difficult when I go out. There’s something I want and I need to understand what that client wants, what they are looking for. Most of the time, when you show them that you are empathetic, it’s a way of disarming them. All I want is for you to leave happy. I’ve had clients tell me they don’t want to eat anything on the menu. Some clients need to know every ingredient. We ask why and try to understand where they are coming from to better serve them.

Chef Adam Loo is changing kitchen culture in P.E.I. and beyond

A DIY guide to public relations in the hospitality industry

The restaurant industry through PR eyes