No one has ever accused Vancouver Island of making world class wine… until recently.

Averill Creek Vineyard has been operating since 2001, when Andy Johnston decided to leave Edmonton and his healthcare career to open up a winery in the Cowichan Valley in B.C. Brent Rowland, the former winemaker of Pearl Morissette in Niagara, joined in 2017, bringing his innate ability to produce incredibly drinkable wine that is both precise and playful while employing minimal intervention winemaking techniques. Now, three years later, Rowland and his vineyard crew are producing some of the best wine in the country, including their newest line, Joue, which is “pleasurable, consumable and refreshing, but not pedestrian.” They’ve also streamlined the core line up of wines focusing on varietals like pinot noir and pinot gris for single varietal expressions as well as blended to make their signature sparkling, Charme de L'ile. 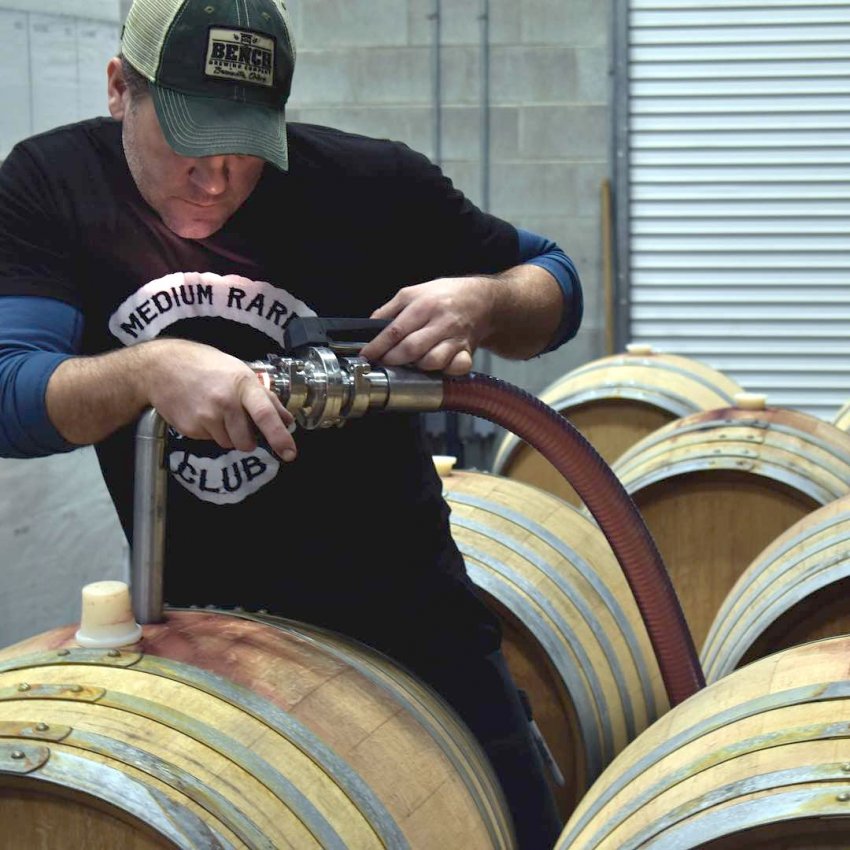 When asked what reason one might have to leave a lead position at one of the countries most revered wineries to make wine on Vancouver Island, Rowland notes, “I assumed I would be coming to the island to surf, sail, hike and ski but that the pedigree of the wines would not be what I was used to working with and now I believe they are some of the best wines in the country. It’s quite serendipitous that now is when Vancouver Island is starting to find its groove.”

“There is something very exciting about pioneering a new region. Andy and I both worked at Escarpment Winery (in Martinborough, NZ) at different times under the winemaker, Larry McKenna. He is widely known as the first qualified winemaker to plant pinot noir in NZ. When Andy called up Larry to ask about me, Larry was quite complimentary so that’s how the connection was made.”

In the truest sense of Burgundian winemaking, Rowland has embraced the terroir; a combination of glacial alluvial sands, stone gravel and sandy loam, with long days and moderate temperatures, allowing the wines to reach phenolic ripeness while retaining freshness and acidity. “It has been refreshing to come here, making wines without preservatives and things like that. Because the PH level is so low, we are not losing acid, so it’s a very safe microbial environment,” Rowland says.

Rowland’s wine making style is self-described as ‘neoclassical’, “doing it how they did 300 to 400 years ago with the luxury of all the tools available now. I prefer wines that are cleaner, that have personality and expression, and energy. I am making natural wines because they make better wines.”

In order to be the best, you need to surround yourself with good people, and Rowland has established quite the crew. “We’ve created a culture at Averill Creek. We’re very passionate about this project; it’s basically our home. This industry demands a lot of you so if you don’t enjoy what you do there’s no point in doing it.” Among his newfound vineyard family is Jon Whitehead, former member of the Calgary-based band Double Fuzz. 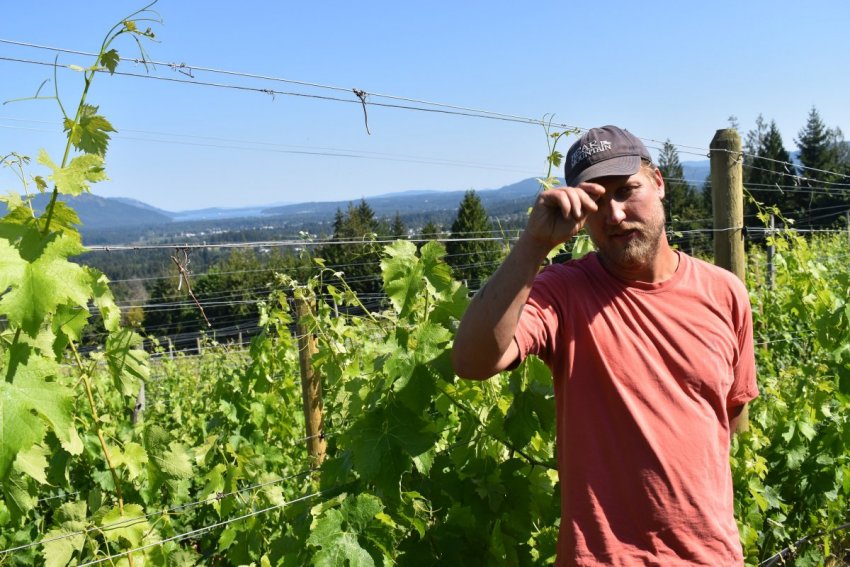 Whitehead and Rowland met while working at Calgary’s Living Room restaurant and have stayed in contact ever since. Following a harvest together in Australia in 2018, the opportunity came about for Whitehead to step into the role as vineyard manager and he quickly accepted, assuming the position in fall of 2019. “Things are going great here. My family is on the island so it’s nice to be near my mom. She brings me all kinds of treats, and Virginia (Whitehead’s canine companion) is in dog paradise.”

“With my Punjabi-Canadian friend Lashman Singh, {who} has worked here for 10 years, he has taught me so much and the two of us have built a great working relationship as well as friendship. He has helped me get through the steep learning curve.”

Perhaps it’s the direct connection to the ocean, but it seems that coastal wineries in Canada are incredibly thoughtful when it comes to their production methods, in particular, vineyard sustainability. Natural Wine is incredibly popular right now and has done a great job of attracting non-wine drinkers, but there is so much more to natural wine than cute labels and esoteric blends.

“Brent is a great winemaker. He is one of the leaders out here in the Cowichan Valley. He uses low intervention in the winery to achieve the highest quality. Therefore, we will do the same in the vineyard. Sustainability is essential. This country and, in particular, Western Canada, needs to remain healthy and natural so that we all can enjoy it for generations to come. So we will implement our vineyard practices to reflect that.”