Love it or hate it, Pokemon GO has arrived in Canada. With more daily active users than Twitter and over 26 million players in the U.S. just two weeks after launch, there’s no denying the popularity of this location-based game. While there’s no predicting how long the phenomenon will last, Pokemon GO has already been credited with encouraging physical activity and weight loss, helping people make new friends, and even combating depression and anxiety. While some cynics have aired annoyance at yet another mobile distraction, the truth is that most of us have been staring at our phones for years. Rather than fighting the tide, restaurant owners can leverage the game’s popularity to attract and keep paying customers.

It may go without saying, but in order for your business to benefit from Pokemon GO, you’re going to need a basic understanding of how the app works. And no, watching your kids or friends play it isn’t going to be enough. While the initial release had some concerning privacy issues, the issues have been addressed in time for the canada release. Pokemon GO can be played on Android and iOS, and is free to download.

Once you’ve downloaded the app, take some time to understand the basic game mechanics. You’ll start by selecting a “trainer”: a character who represents you in the Pokemon GO world. Your trainer starts at Level 1 and can gain EXP (experience) points by performing various actions, including visiting PokeStops (real-world locations that give items and experience points, often located at landmarks) and catching Pokemon. As you walk around, you’ll encounter wild Pokemon that can be caught with Pokeballs, evolved, and powered up. For more advanced players, Pokemon can fight in gym battles and claim leadership for their teams, which we’ll discuss more later.

Find out if your restaurant is near a PokeStop 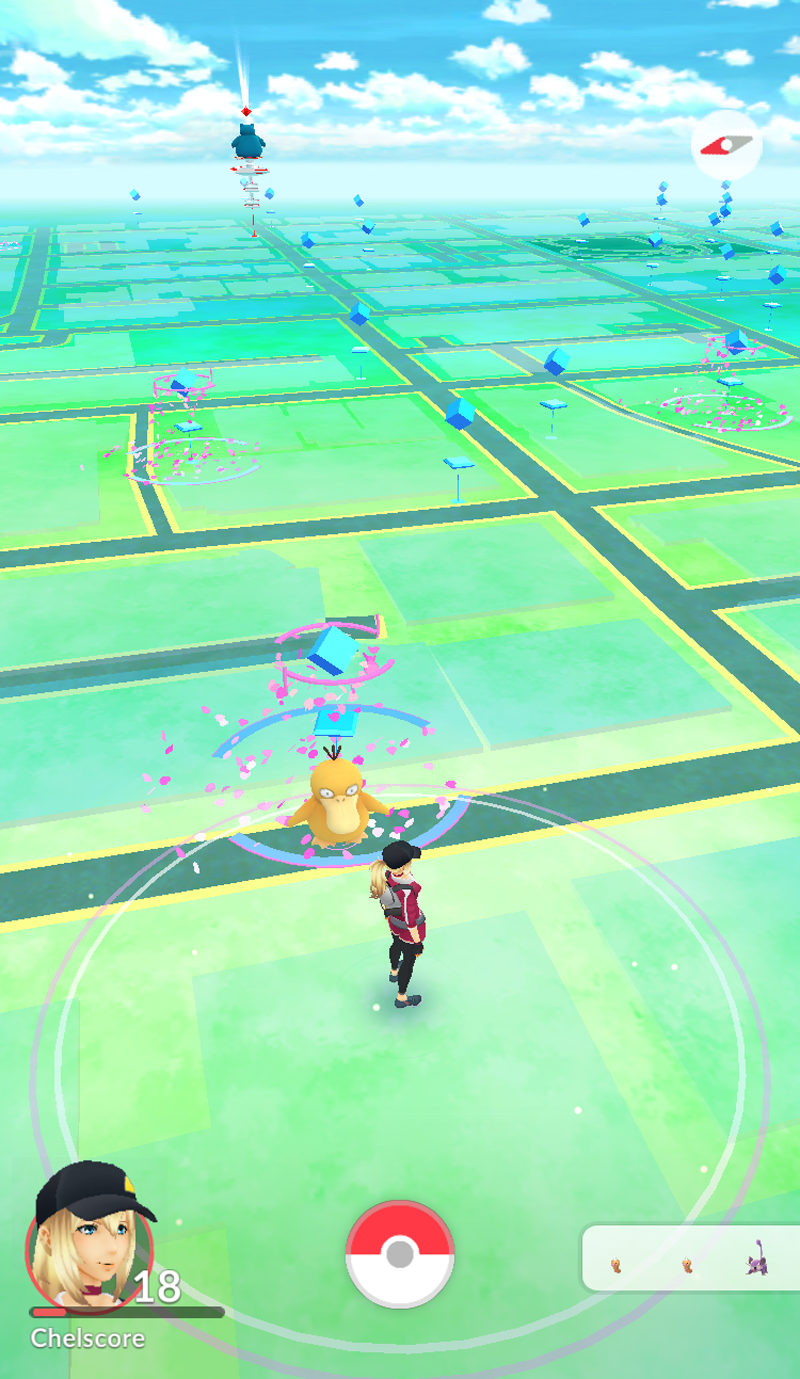 Visiting PokeStops is an important part of gameplay, and when used correctly, can be like sticky flypaper for Pokemon trainers. The majority of PokeStops were determined by the game developer’s previous game “Ingress”, which had an element of identifying and describing landmarks. As a result, PokeStops appear more frequently at historic and scenic sites in highly-populated areas.

If your business is in close proximity of a PokeStop (you’ll know you’re close enough to access it if the blue cube turns into a spinning Pokeball), you’ve hit the jackpot. Players will naturally stop by your location to collect Pokestop rewards. However, you’ll need more than a drive-by to attract paying customers. That’s where lures come in.

Pokemon “Lure Modules” are a highly-coveted item that attract Pokemon for 30 minutes. Unlike incense, an item which attracts Pokemon directly to the player, Lure Modules are attached directly to a PokeStop and can be used by any player who visits the area. Rather than quickly passing through, setting up a Lure can encourage visitors to sit down and stay awhile. While some players collect Lures naturally through levelling up, they can also be purchased for “real money” from the Store tab. Once you set a Lure, draw your customers in with a sandwich board or social media.

If your business is nowhere near a PokeStop, you can request one to be added. Rumor has it that the waiting list for approvals is long, but there’s no harm in trying.

As a business, you can harness team pride by offering incentives and discounts for gym leaders. Pokemon Gyms are where trainers gain experience by sending their best Pokemon to fight against rival trainers. Once a player reaches level 5, they choose from one of three teams to pledge allegiance to. While there are no in-game differences between teams, the rivalry between team Mystic (blue), Instinct (yellow) and Valor (red) can be intense (think of it as Canucks vs. Flames, but with adorable mice tossing electricity at each other). Each gym can be claimed by one of three teams, with up to 10 players and their top Pokemon defending the throne.

To use this to your advantage, you can make Pokemon trainers feel at home (not to mention stir up some intense Pokebattles) by offering a 10 per cent discount to members of the nearest gym’s dominating team. Think of gym battles as sporting events: host team meetups (Go Team Valor), battle meetups, or team-themed specials. 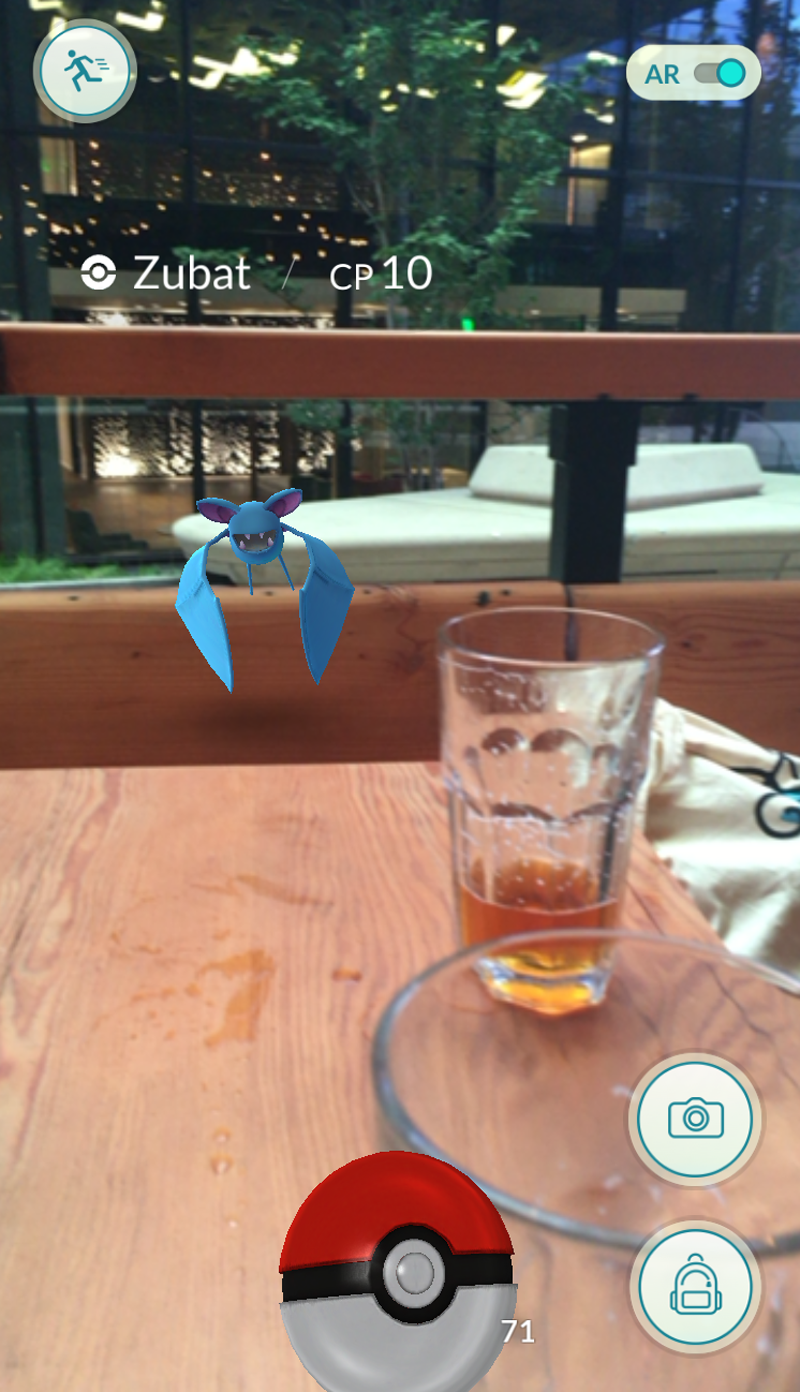 Even if you’re not near a gym or PokeStop, it’s likely you’ll have a few Pokemon appearing in your business from time to time. Encourage Pokemon hunters by posting the best sightings on social media and encouraging your customers to do the same. Even if guests are more excited by Pikachu than your happy hour special, there’s nothing wrong with free advertising. Pokemon hunting at restaurants is already a hit in the U.S., with Red Robin taking the prize as the most popular restaurant for trainers.

There’s nothing more appealing to a trainer than the prospect of catching a rare Pokemon, so if you do spot one in your restaurant, make sure you share. For those of you who haven’t memorized all 150 Pokemon, this rarity chart will help you determine which Pokemon will excite trainers (hint: it’s not the purple rat or the bat one). Certain locations will also attract certain types of Pokemon (for example, waterfront locations are more likely to have water Pokemon, whereas parks tend to have more bug-type Pokemon), so if you notice a trend at your venue, get the word out.

Charge up your customers

Pokemon GO is a battery-drainer. In fact, there’s nothing more telling of a hardcore fan than a giant battery pack hanging off their phones. While it can be annoying to have customers constantly asking your staff to charge their phones, with a bit of creativity, you can embrace this as an opportunity. Try offering charge stations or battery packs for paying customers. It’s a guarantee that they’ll stay put, and a delightful gesture that can make a big difference for Pokemon players and non-players alike.

Keep an eye out for official sponsorship opportunities

Even though official business opportunities haven’t launched in Canada yet, it’s been confirmed that McDonald’s has partnered with Pokemon GO for the app’s Japan release. The giant fast-food chain might be an odd choice for a game that’s been praised for encouraging healthy activity, but it’s likely there will be opportunities for other partnerships in the future. Niantic, the game developer behind Pokemon GO, established similar partnerships with it’s predecessor game Ingress, where businesses could pay for exclusive content for their location. Who knows, it might not be long before you can host a Pidgey-themed Wing Wednesday where trainers receive a stack of the plump bird Pokemon with every plate of chicken wings, or a Hyper Potion Hangover Cure Brunch reviving your customer’s Charmanders while curing hangovers at the same time.