Next week, Coal Harbour will be adding a new eatery to its line-up on Denman Street next as the new Verre Restaurant is set to open on December 10. The sleek 3,300 sq.-ft. space boasts 75 seats in a dining room that is three quarters surrounded by glass walls, meant to offer up a "jewel-box" effect for patrons to peer into kitchen from any seat.

Chef and owner Liam Breen originally worked in Canada before spending years in Dubai at restaurants such as La Cave French Bistro and Marco Pierre White Grill. After working abroad, the chef says he was very happy to return home to the West Coast. 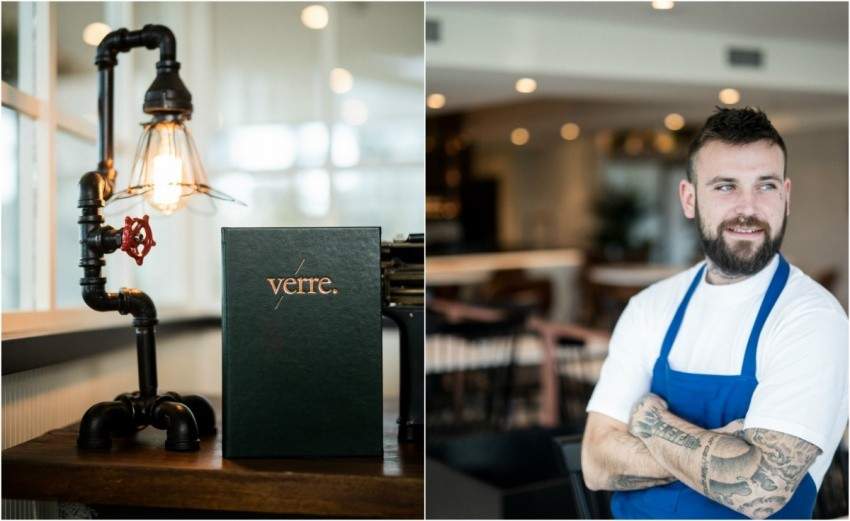 "Returning to Vancouver with Verre is a dream I've had for a long time. It's a chance to promote a truly international style of cuisine in a place I've long wanted to call home again," says Breen. "What's going on in the kitchen will reflect what's happening in the world outside of the restaurant."

Verre's menu will skirt around the Meditarrean and offer dishes like grilled octopus with anchovy saffron butter, olives and roasted garlic, cavatelli in brown butter with pistachio, sage and parmesan and duck rillettes with red wine cherry compote.

The interior of the space, brought to life by Fusion Projects--and appears to be their first restaurant interior project--has notable accents that include artwork by Vancouver visual artist Max Bryan, a smoked glass and black marble bar as well as a 300-bottle wine rack made of copper, bronze and glass. A heated patio is also currently in the works and aims to open before the end of 2018.

As of December 10, the restaurant will operate for dinner service seven days at week, opening at 4 p.m. with plans to launch lunch service in Spring 2019.