Thanks to brands like Crown Royal and Alberta Premium, Canadian whisky is recognized around the globe as a quffable, albeit stiff, spirit; but it's only been in the last little while that micro-distillers in this country have been able to bottle their small-batch creations.

This weekend, one of Western Canada's most highly regarded distillers, Odd Society Spirits, is releasing the second wave of their single malt whisky, which has been distilled from 100 per cent British Columbia-grown malted barley and matured in oak barrels for three years. Their first batch debuted in December, 2016 to limited release and sold out immediately. According to founder and master distiller, Gordon Glanz, the newest small-batch Canadian whisky on the market offers notes of vanilla, black currants and burnt sugar, as well as as satisfying spiced finish.

To get your own, you can fly to the distllery's home at 1725 Powell St. on December 17th to try to get one of the 200 bottles available for this initial release. Doors open at 1 p.m. If you miss this initial boat, you need not worry, as the single-malt whisky will become available in several more waves following the holiday season. 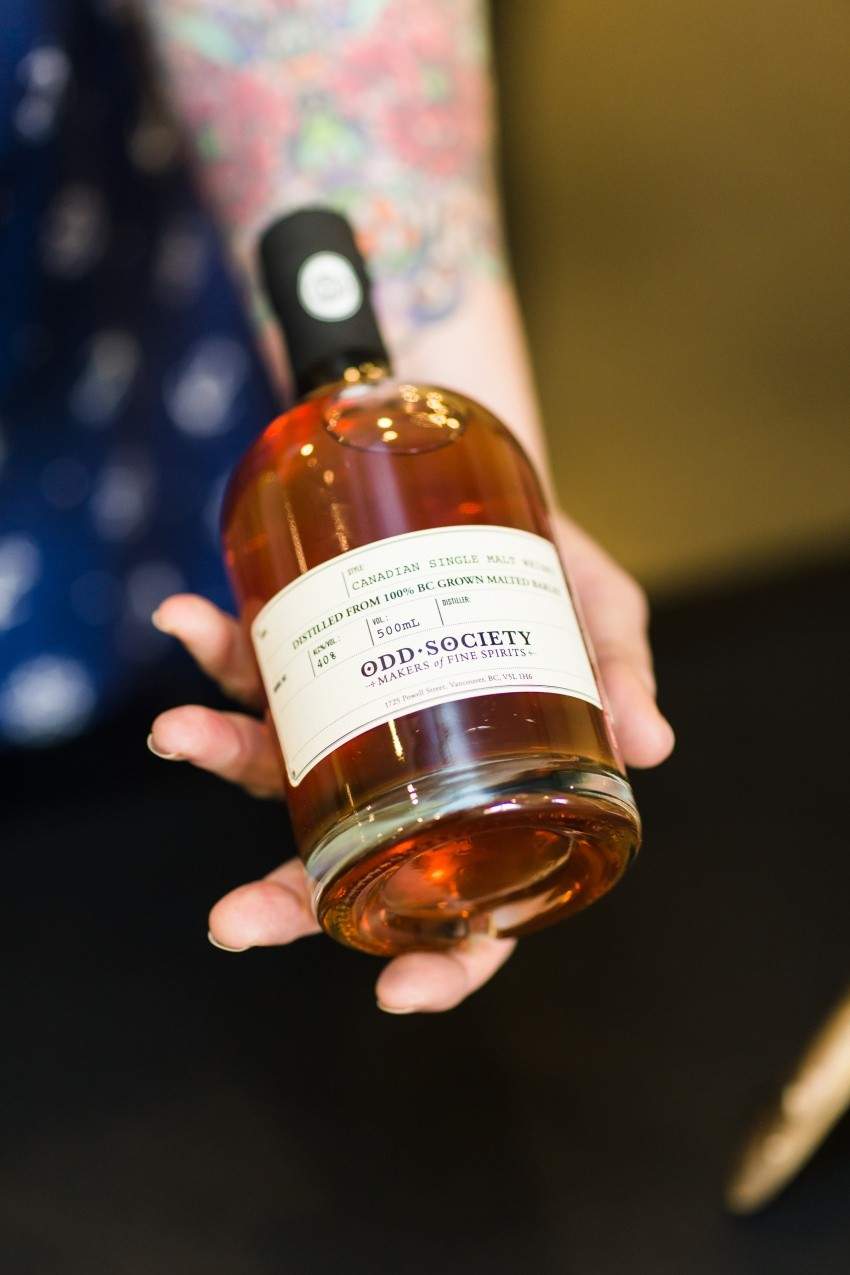