It's been three long years in the making, but Alberta's newest small-batch whisky will make its public debut today at Eau Claire Distillery in Turner Valley.

Eau Claire Distillery opened in mid-2014 to much fanfare and is regarded as the province's first notable craft distillery. It's well known within Alberta for its interesting line-up of spirits, which include the Three Point Vodka, Prickly Pear EquineOx and Parlour Gin. Since then, a number of other quality micro-distillers have also opened for business across the province (Park, Raw, Strathcona Spirits et al.), but since whisky requires a minimum aging time of three years, Eau Claire is the first fine spirits producer to release a single-malt whisky.

This morning, the Eau Claire Single Malt was formally released during a ceremony at the Eau Claire Distillery tasting room. Attendance by invitation only, the ceremony saw a crowd of eager whisky fans watching a parade which inlcuded a piper, as well as the Eau Claire Draft Horses (depicted in the distillery's branding) from its stable nearby. The horses pulled a carriage filled with the new whisky, which is, again, the first single-malt whisky to be produced by an Albertan micro-distillery.

"We are thrilled with the quality and taste of our first release. It has the complexity, flavour notes and finish of a whisky far more senior than its years. It has fruity notes, spice and a subtle influence of sherry casks in a smooth, approachable character," says Eau Claire Distillery's Master Distiller, Larry Kerwin.

If you weren't one of the lucky folks who attended the whisky ceremony this morning, though, you won't be able to get a taste of the good stuff quite yet. The first release of 1,000 Eau Claire Single Malt bottles has already sold out. Expect the second wave of whisky to arrive in Alberta liquor stores like Bricks Wine Co., Vine Arts and Willow Park Wines and Spirits by the new year. 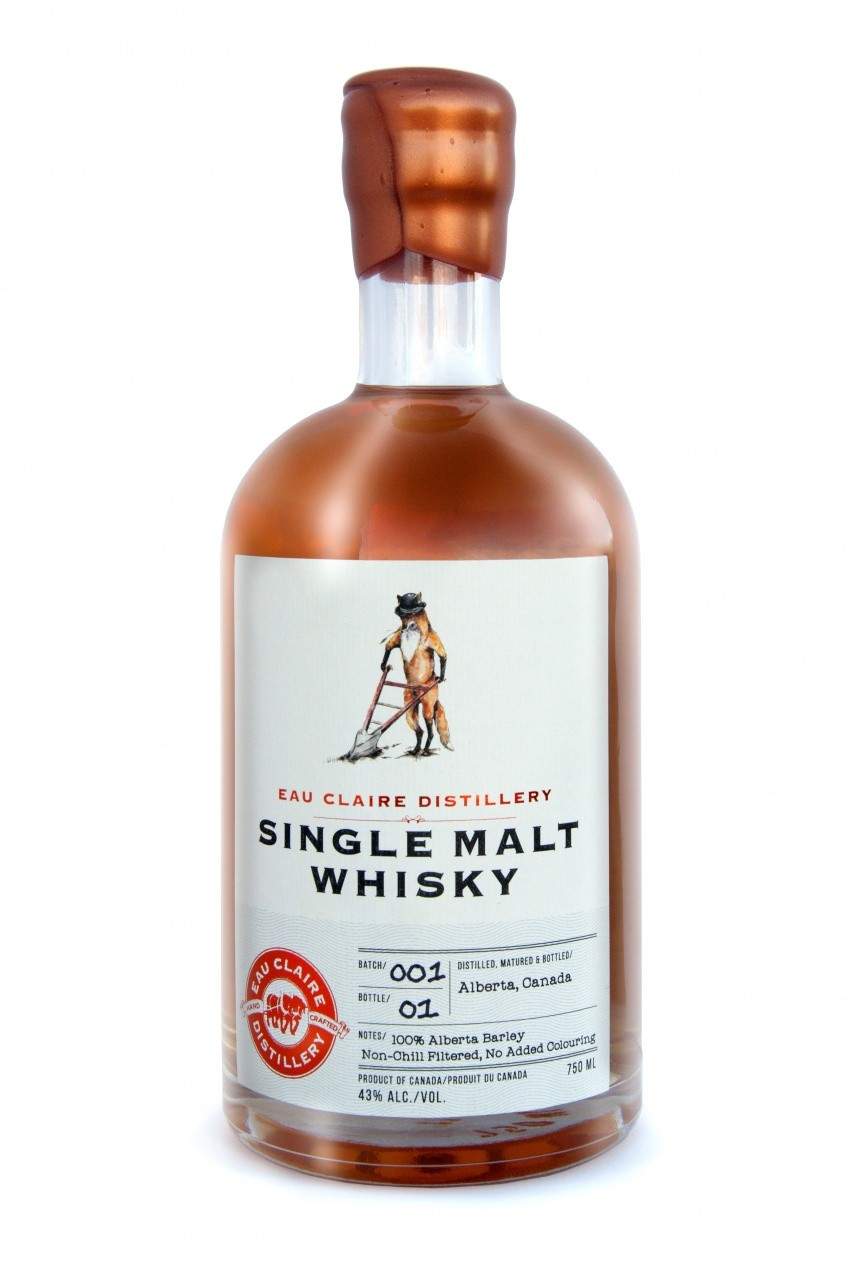