The fourth season of Family Feud Canada is premiering on CBC on Septemberr 12, and to get the new season started with a bang, the game show announced today that some familiar faces will be facing off on the first two episodes to raise money for charity.

As much as we love Amber Marshall and Heartland, it will be hard to root against the highly charismatic GCBS crew. 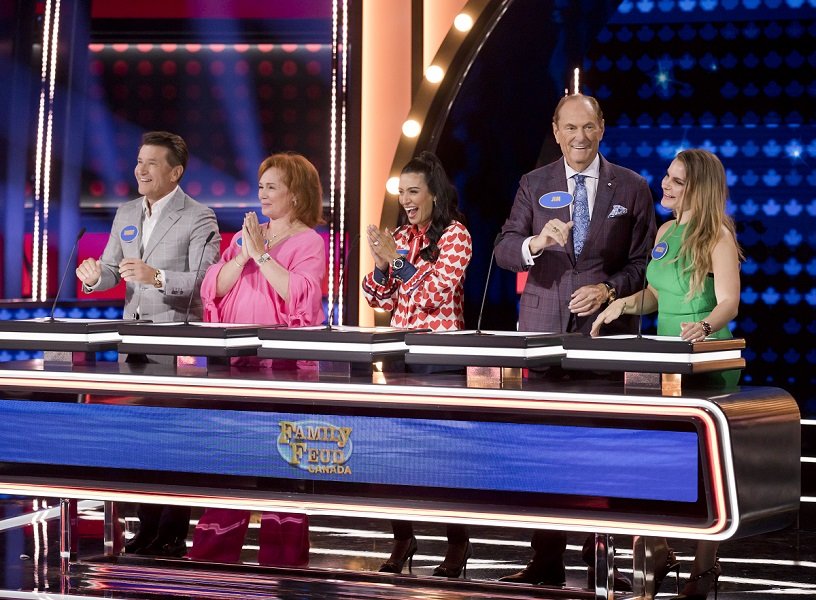 We have to admit that we haven’t delved too deeply into the world of Strays, so because of the great work Dickinson does for Canadian food and beverage businesses, we’ll be siding with the Dragons on this one.

Family Feud Canada will air Mondays through Thursdays on CBC and CBC Gem at 7:30 p.m. ET.