A one-of-a-kind 10-day pizza pop-up is kicking off at Vancouver’s Luppolo Brewing next week that will bring together a collection of local restaurateurs to offer a selection of creative slices, sides, salads, and more.

Throughout the 10-day pop-up, Sunday Pies Pizza Co. will also be welcoming a number of celebrated chefs and restaurateurs as special guests, who will each be serving up a special pizza of their own. Some of the collaborators include Juke Fried Chicken’s Bryan Satterford, Beta5’s Adam Chandler, Top Rope Birria and Flying Elbow’s Kevin McKenzie, and Published on Main’s Gus Stieffenhofer-Brandson. 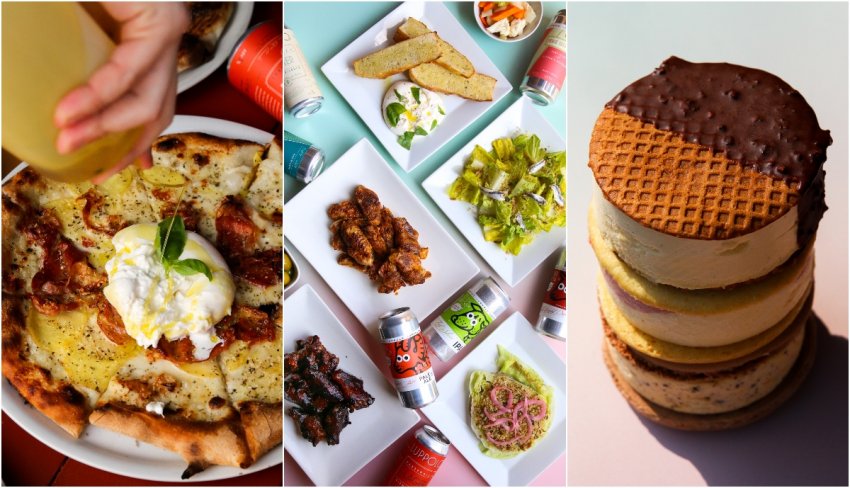 Pop-up guests will also be able to choose from a variety of sides, such as burrata, meatballs, baked wings, and two salads, along with Beta5’s famous ice cream sandwiches for dessert.

The Sunday Pies Pizza Co. pop-up will run from June 24 to July 3. Vancouverites will have an additional opportunity to sample some of the pop-up offerings during Lupollo Brewing’s annual Summer Solstice Sesh on June 25.

Eat This Now: The Saucy Mama pizza at Noble Pie