Who loves ketchup chips? We do and there are certainly a lot of Canadians (and ex-pats) out there who love them too. While no one is 100 per cent certain about who actually invented this style of chip in the first place, it is a food that is inexplicably tied to our Canadian identity.

While no brand of ketchup chip actually truly tastes like Heinz ketchup -- the benchmark for all brands of ketchup -- the addictive, salty, sweet and tart combination of tomato powder, garlic and spices (and some mystery ingredients) has coated millions of potato chips since the 1970s.

We couldn't possibly include every brand out there, but here is a pretty comprehensive look at most of the mainstream brands of ketchup chips and how they measure up against each other. 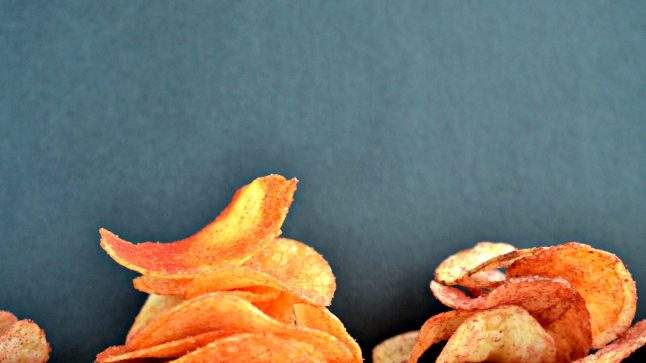 The most simple, direct and commonly used method in taste tests, the rating system is a trusty way to find a winner. Each variety was divided into whole chips and crushed up, bottom-of-the-bag bits, and scored out of 10 (because we know that a handful of crumbs taste different from pristine and round chips). 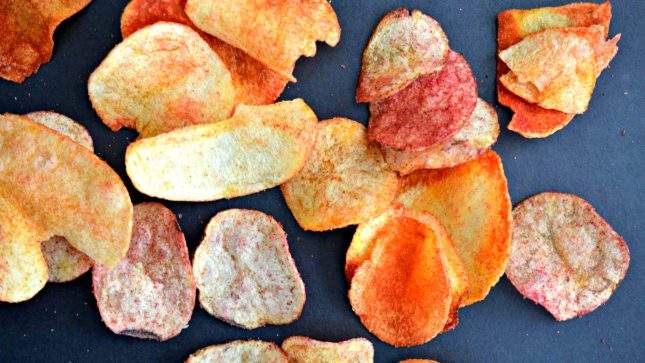 For those of us who are not mathletes, this method takes out all the tabulating and scoring. If this method is good enough for all major league sports, it's good enough for us. We removed the Compliments variety in this method, which scored significantly lower than all other chips, and divided the eight remaining varieties into four pairs, and pitted each brand in the pairs against each other. We then pitted the winners of the pairs against each other, and so forth until we are left with the victor, the best of the eight, the most ketchupy of the ketchups, the chippiest of the chips -- you get the point.

For the sake of either method, we decided to only use ketchup chips that were fairly uniform in shape (i.e. no ketchup ripple chips). It pains us that this meant excluding PC Loads of Ketchup, a rippled chip from Loblaw's that stays true to its name and, according to the majority of the taste testers (myself included) that although not traditional, is one of the best varieites out there. 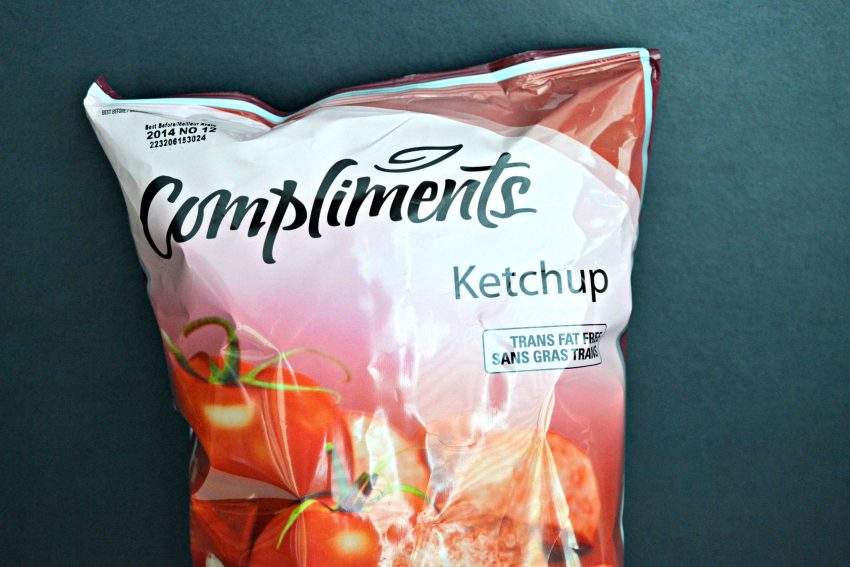 We know Jamie Oliver has been doing some work with Sobeys, so we hope he had nothing to do with creating this product. We're kidding, we know he doesn't condone eating chips; that's not his M.O. but we certainly wouldn't mind putting in a request for him to help tweak this chip's flavour profile which was decribed as, "sweet and salty and not much else."

From the panel: "The chips seem too thick and they taste sort of weird, but at least they're crunchy?" 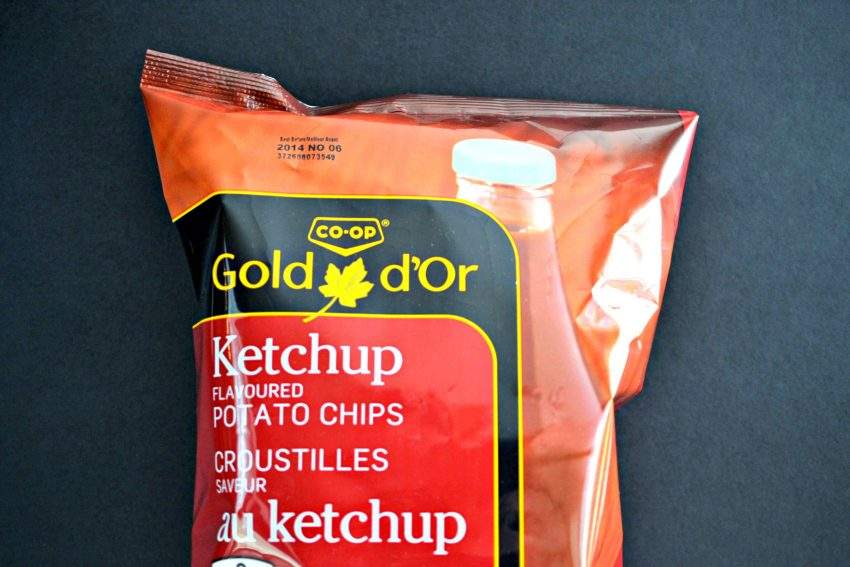 Sadly, there wasn't much that was redeemable about this brand either. Co-op got a lot of "mehs" while taste-testers swiftly moved onto the next offering. The taste is reminescent of tomato paste, if anything at all. Sigh.

From the panel: "These chips taste like sweet nothing...and not in a good way." 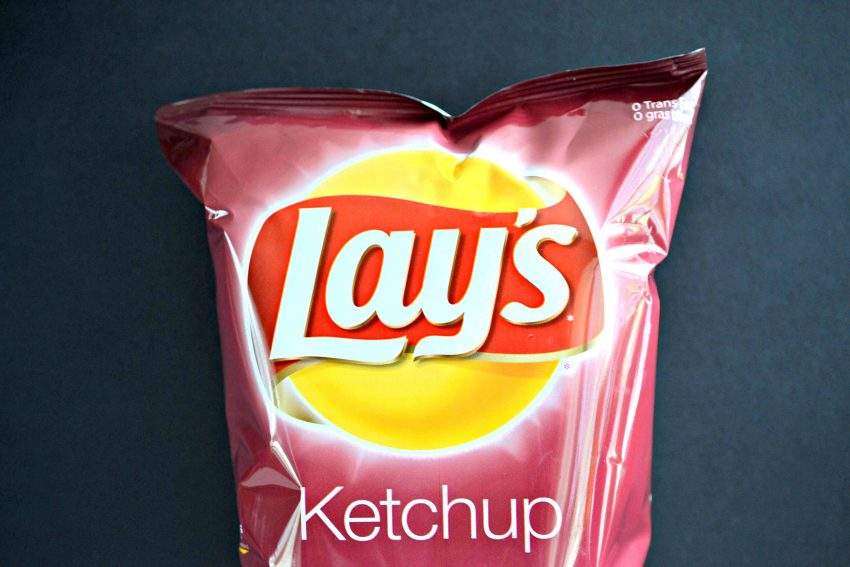 This popular brand of ketchup chips always seems to be in a love/hate situation. If you like the intensity of a salt and vinegar chip, then you're likely to sway to the love side of Lay's in this situation. It was generally agreed upon that the flavour was less of a ketchup taste, but much more of an abrasive white vinegar taste. Only one member of the panel correctly identified this sample as Lay's, which is interesting considering how common this particular type of chip is. Forgettable flavour, perhaps?

From the panel: "The chips seem thinner than the rest and they also have a dill pickle sort of taste. They're not overly ketchupy." 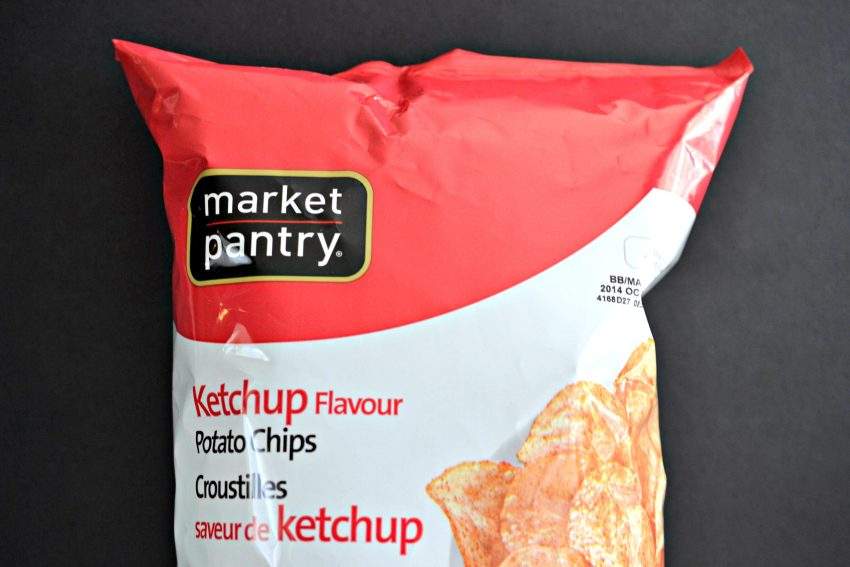 Now that Target has completely infiltrated Canada by way of the former big box store, Zellers, they've brought a new brand of ketchup chip with them. Texturally, the chip was nice, but everyone agreed that the flavour was a bit off. It didn't have the punch of some of the other brands of chips on the table and the flavour coating wasn't very consistent on the different chips or crumbs in the sample.

From the panel: "I keep eating these and they don't necessarily taste like what you think a ketchup chip should taste like, but they do taste the most like actual ketchup, which is interesting." 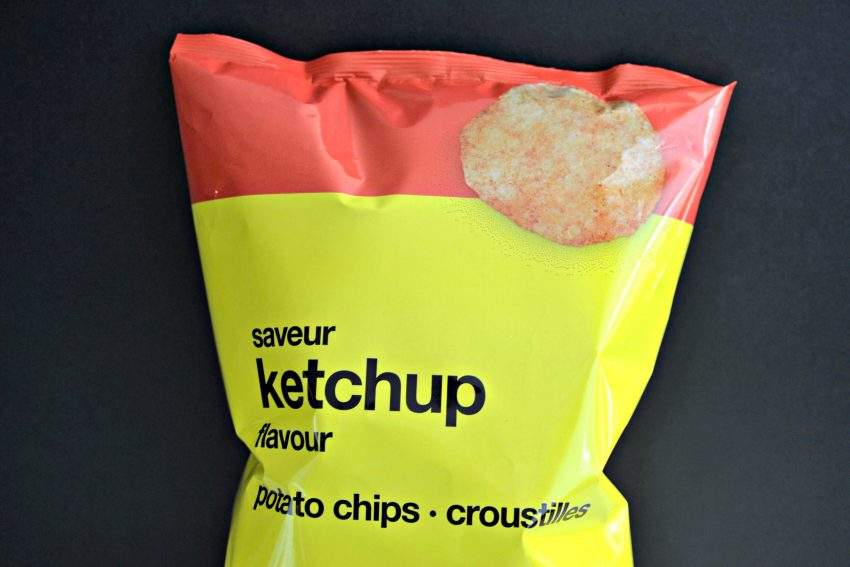 The price point of this brand is really low, which is not surprising at Loblaw, so you get a ton of ketchupy bang for your buck when you buy these. Consistently crisp and full of flavour whether it's the whole chip or the bottom-of-the-bag crumbs, these were called delicious by almost every panelist.

From the panel: "Really flavourful. I think these ones might actually be Old Dutch." 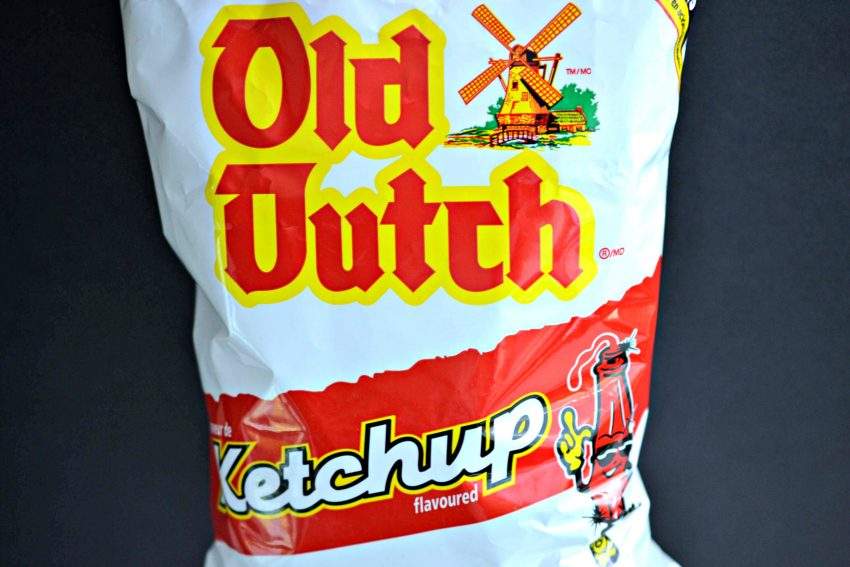 After each taste tester had tried one chip from each (unlabelled) container, they were asked to identify which chip they thought might be Old Dutch and which chip they thought might be Lay's - the country's two best-selling ketchup chip varieties. Interestingly enough, all subjects correctly identified Old Dutch while only one person correctly identitfied Lay's.

From the panel: "They are notably more crisp than the other chips and you can really taste that ketchup flavour." 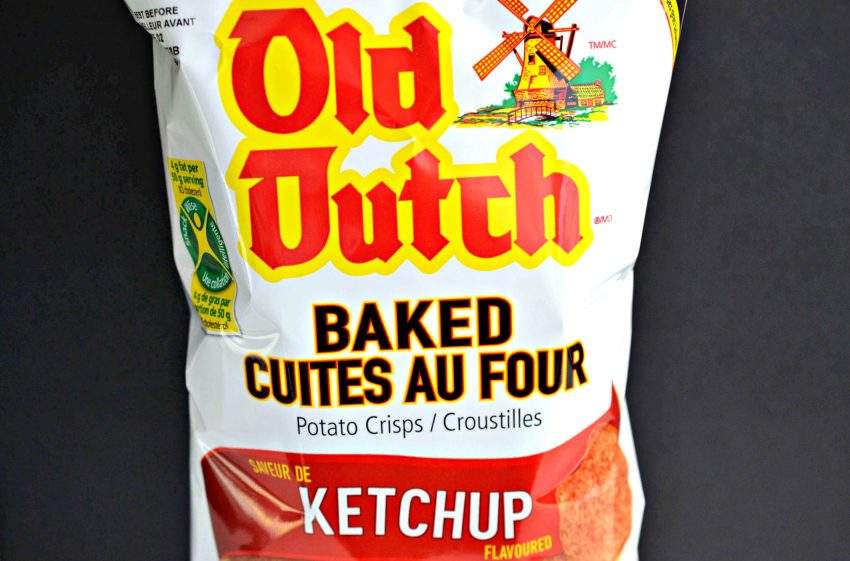 We decided to throw the baked variety into the ring just to see how it stacked up against the rest. It wasn't hated by any means, nor was it loved. Its texture immediately sets it apart from the rest, eating more like a cracker than an actual potato chip.

From the panel: "They taste good at first, but then have a weird after taste. Probably because these ones are baked and not fried." 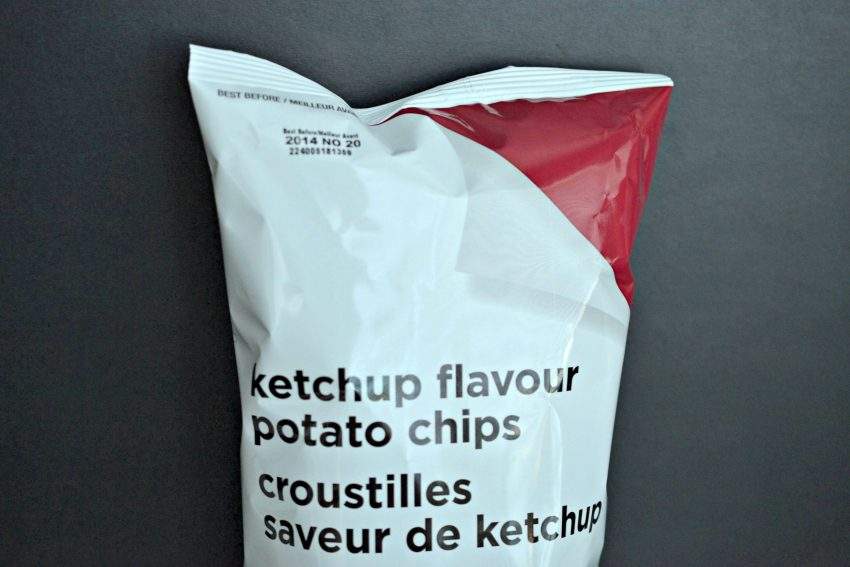 From its packaging to the visuals of the chips, you could sort of tell that Signal would be an average chip experience from the get-go. Flavour-wise, it garnered some decent comments, but much like chewing on a piece of Double Bubble gum, the flavour departs from your taste buds all too quickly. Definitely inexpensive, though; great if you're on a shoe string budget!

Best commentary from the panel: "Sort of tangy with a decent ketchup taste to them." 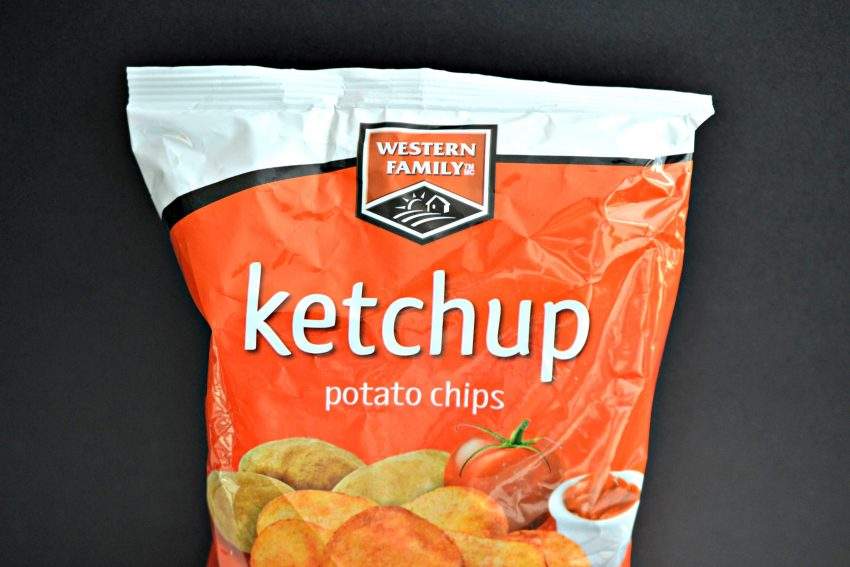 The packaging isn't spectacular, and sadly, neither is the chip.

From the panel: "This bowl has a weird, tomato soup kind of flavour. It doesn't taste like all of the other ones and not in a good way." 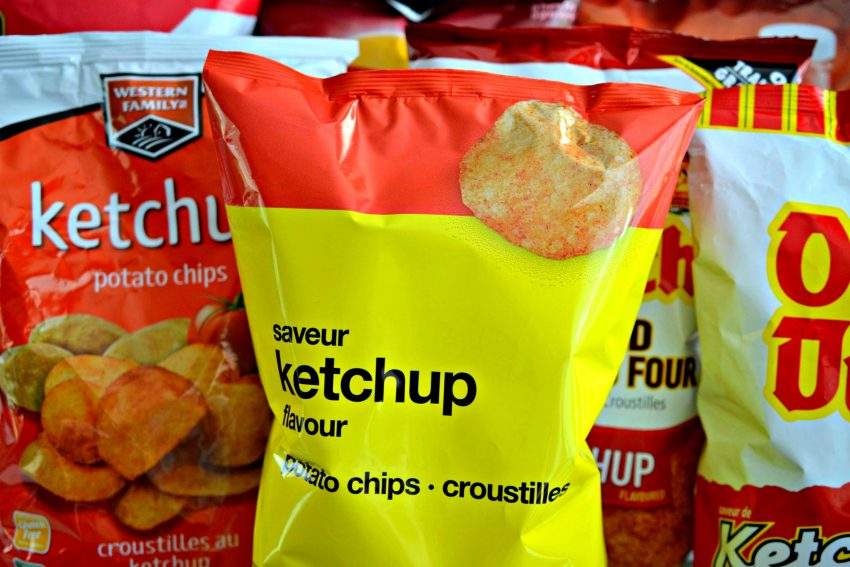 There were highs and lows throughout the chip tastings, but the top three rated chips were as follows:

After those, there was a significant gap in the scores between Western Family, Compliments and Co-op taking up the bottom and Lay's waffling somewhere in the middle. Both Target's brand, Market Pantry and Old Dutch Baked garnered similar middle-of-the-road scores for having decent textures and flavours, but not in the vein of what the average Canadian would look for when it comes to a true ketchup chip flavour.

The initial groupings were as follows:

Lay's vs. No Name

Market Pantry vs. No Name

No Name vs. Old Dutch

In search of Canada's best all dressed chips

9 foods to add ketchup chips to for a Canadian twist

These new Ruffles ketchup chips are worth trying

We're curious: Which brand of ketchup chips do you think is the most underrated?