Five to ten years ago, the majority of people out there had never heard of kombucha. Fast forward to 2018, and this fermented beverage can be found in refrigerator cases at convenience stores, major grocers, and everywhere in between. A familiar name amongst the bottles is Rise, a Montreal-based company that hit the kombucha scene back in 2012.

Founders Mathieu Gallant and David Côté discovered the beverage while backpacking through Hawaii. They brought home a SCOBY (symbiotic culture of bacteria and yeast), the mother to begin fermentation, and started making their own “booch” in Montreal. Since then, Rise has grown to more than 5,000 accounts across Canada, including various channels from small health food stores to national grocery chains. President of Rise, Julian Giacomelli, estimates that one in two bottles of kombucha sold in Canada is a Rise product.

Giacomelli admits that he’s biased but notes that Rise’s science, lab, and experience are what set the brand apart from the competition. “We can’t try to be the small batch producer we used to be,” he says, “but with larger batches, our standardization and replicability is bar none.” 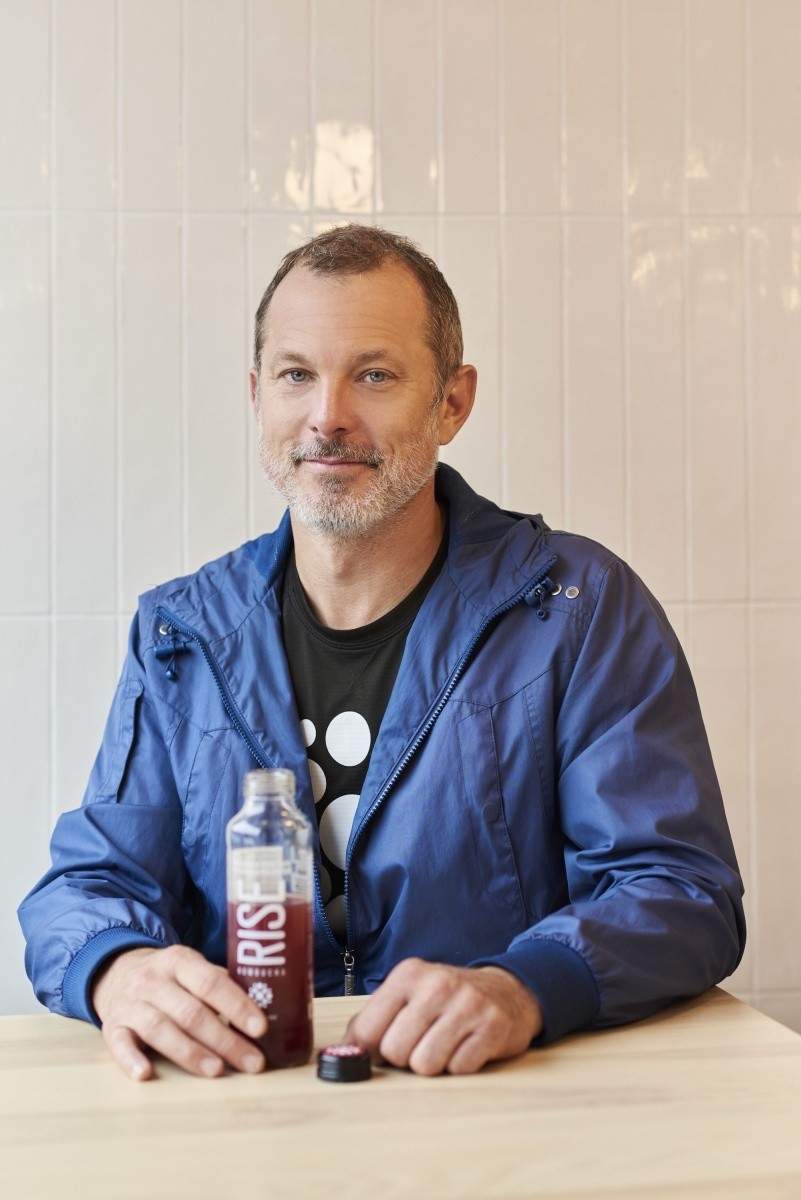 Standardization is key, especially given that a big issue that often comes up in kombucha production is alcohol content. As the product ferments, sugar gets converted into alcohol. In most cases, this continues to happen even after the kombucha has been bottled, meaning that 0.5 per cent or less alcohol content is not always guaranteed.

“We found a way to conquer the alcohol problem in modifying the way we make kombucha, without it becoming too flat,” Giacomelli describes. Their exact methodology is a proprietary secret, but it goes to show the benefit of purchasing from a larger, more reputable brand.

Another big difference with Rise is that the brand has modified its product to be more “mainstream” as it has grown in popularity. “We are, by far, the most flavour-forward brand on the market,” says Giacomelli. Knowing that the vinegar-forward flavour profile of traditional kombucha can be off-putting for many, Rise made the conscious decision to make its product more appealing to a broader audience by focusing on taste. With six flavours in its lineup, like blueberry and maple, and lemongrass, it’s a beverage that you can actually enjoy, rather than focusing on its perceived health benefits.

Giacomelli sees the kombucha trend going strong, with kombucha on tap and in cocktail form found on restaurant and bar menus across the country. But he’s also realistic in acknowledging that the trend will reach its peak eventually.

“In three to four years, it might not be ‘trendy’, but I think it will have solidified its place as a beverage category forever,” he hypothesizes. In fact, it’s not other kombucha makers that Rise views as its top competition, it’s other beverages, from soft drinks to beer. “The kombucha industry is more collaborative than competitive,” Giacomelli describes. “A customer in Vancouver might prefer to buy something local and that’s totally OK.”

As for Rise’s plans for the future, Giacomelli notes that the company is “humbly happy, and working our butts off to maintain leadership {in kombucha} in Canada.” Having recently expanded to the northeastern part of the United States, and with plans for more flavours to be released in spring 2019, Rise continues to innovate and widen its reach. “We hope to lead consumer understanding and buyer understanding of what good kombucha is,” says Giacomelli. For Rise, that increased understanding isn’t just about getting people on the kombucha train, but educating the public on healthier and tastier alternatives when it comes to sweet beverages.