Oh Martha, you are at it again. Not even Paula Deen can stir up as much controversy as you have over the course of your career. First, it's jail and now this? You should probably be thrown back into your cell for the crime of posting the pictures that you did.

In case you are not up on food-related gossip, I speak of the travesty that has been Martha Stewart’s Twitter feed over the past few weeks. She has been tweeting the most horrendous pictures of food I have ever seen. Ever. Check out Buzzfeed if you don’t believe me. They double as a great appetite suppressant!

How does someone so renowned for creating beautifully-made, magazine-cover-worthy food come to share pictures of food that looks, quite literally, like garbage? Short of actually vomiting on a plate and taking a picture of it, this is about as repulsive as you can get.

Regardless of the reason for these revolting images, this scandal is an excellent example of the cliché, “You eat with your eyes first.”

Most of us would be unable to take even a single bite after seeing those photos, and there is some scientific truth behind this phenomenon. All of our sensory systems — taste, smell, vision, auditory and touch — are closely interconnected. Remove one of them from the equation, and we turn to the others to overcompensate.

Normally, you rely on a plethora of sensory input when you eat. You smell the aroma of brewing coffee, zested orange and simmering curry before you even step foot in the kitchen or restaurant. Then, when you take a look at the golden, roasted chicken or a steaming, glistening batch of cinnamon rolls, this visual information is integrated with the olfactory signals you have already received. Finally, by the time you taste the dish and pick up all of the different textures it has to offer, it is nothing short of sensory overload.

However, when you just look at a photo, that is the only information your appetite has to work with. We did not get to smell or taste the French onion soup that Martha tweeted, so we have to rely on the sense that's available to us: sight. Even if we get to taste a dish, our initial visual impression has a huge impact on what we think of it.

Much research has shown that colour is a key variable in the impressions we form of our food. In one study, researchers took white wine and dyed it red. Participants were then asked to taste both the original and the dyed samples of the same wine and rate them. They actually used more typical red wine descriptors like cherry, blackberry and currant, to describe the "red" wine, whereas the original white wine was described using terms like grapefruit and hay.

To apply this concept to Martha Stewart’s food pictures, if you initially perceive something to be disgusting, you are more likely to think it tastes that way, regardless of whether or not it actually does.

First impressions generally make a huge impact. It only takes seconds to form an impression of someone, or in this case, something. We have so much sensory information coming at us to sort through that essentially, we have to evaluate things as quickly as possible in order to move through our daily lives. In Martha’s case, she has been saved by the fact that most people have seen her signature impeccable images before seeing these recent pictures. We are left feeling confused because her photo standards are not what they have been in the past. It is difficult to integrate information that is inconsistent with what we already know because it takes time to comprehend the discrepancies.

Does Martha need a DSLR and some photography lessons? Maybe. Or, perhaps she just needs to start ordering some more colourfully plated dishes. Either way, I don’t think we’ll be seeing any of those recipes in her magazine any time soon.

As a nod to the beauty that is Canadian cuisine, we'd like to tip our hats to a few individuals from British Columbia to Nova Scotia who definitely know how to make their meal look the best it can be!

Aside from raising a banana bread empire from scratch (as all good baking should be done, naturally), Ms. Ireland takes one hell of a food photo. This food-loving editor, reporter and business owner is always dining around town, constantly adding to and tweaking her To Die For restaurant listings for the coastal city.

Being a bestselling cookbook author and food writer, it really comes as no surprise that Julie Van Rosendaal has a great eye when it comes to what's on her plate. From what she's cooking in her kitchen to eating around town, this culinary sweetheart always makes us a little hungry, even on a full stomach. 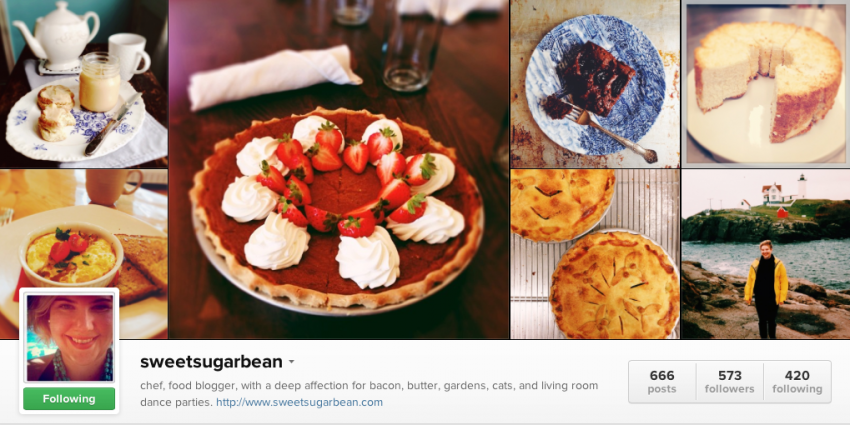 With years of experience in the kitchen, a popular blog and the gig of being The Star Phoenix's restaurant reviewer, Renee understands the ins and outs of the culinary world. She makes sure the photos of her edible creations are always as gorgeous as they are (or so we assume) delicious. 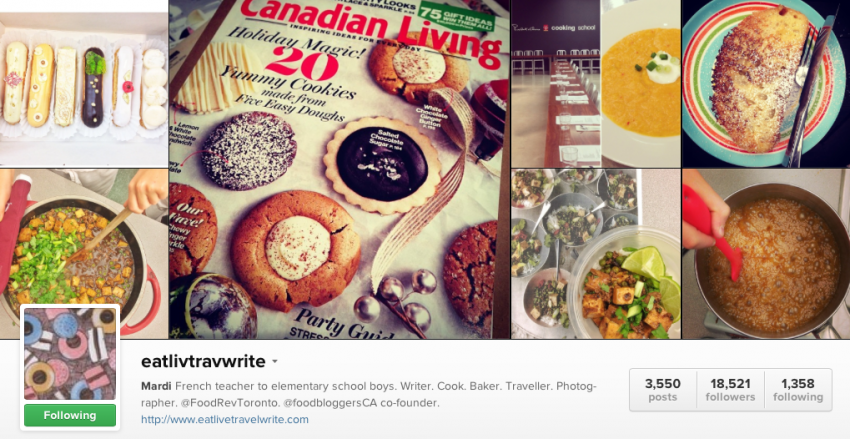 Mardi captures all kinds of culinary experiences through her medium of choice: Instagram; but the hardest pictures to take your eyes off of are the flawless macarons she bakes every once and awhile. Mail us some, please!

A lot of our contributors highlight the food they're enjoying in their perspective cities, but Kathy Jollimore always makes our team a little extra jealous. Now, if only we could hop on a plane immediately to head to the coast and eat what she's eating! Curse you, Kathy!

The power of memory on the experience of dining

Cooking is fundamental: Ingredients you shouldn't be refrigerating