Anyone familiar with Montreal’s dining scene knows the name, Normand Laprise. As the chef and co-owner of one of the city’s consistently best restaurants, Toqué!, and a growing empire of casual brasseries, Brasserie T!, it’s a wonder how the man has time to sleep, let alone continue to open more restaurants--but he does, and does it well, receiving praise and accolades along the way.

The newest addition as of May 2019 is Beau Mont, which Laprise says falls in the middle between Toqué! and his brasseries. Situated in Montreal’s Parc Ex neighbourhood, the location may seem out of the way, until you learn that behind the restaurant itself is a prep kitchen that supplies the entirety of his restaurant group with in-house made charcuterie, bread, pastries, and the like, allowing Laprise and his team access to the necessary amount of space. 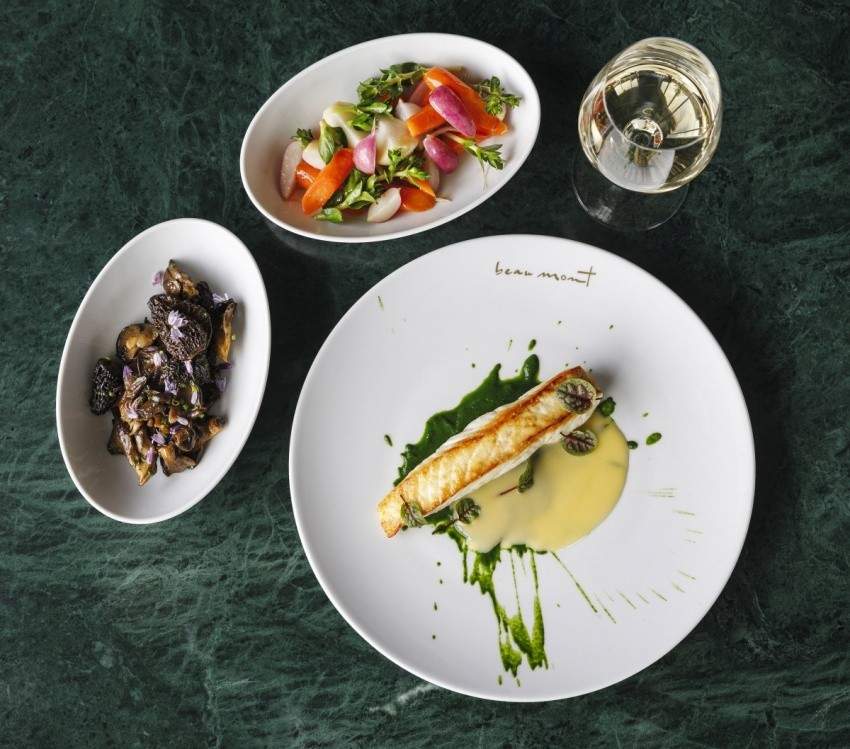 The plans for Beau Mont don’t stop at prep either. Come fall 2019, they will be opening an épicerie that will supply customers with both local, seasonal ingredients, as well as ready-made meals to-go. Laprise also has high hopes for the space behind the building that Beau Mont is situated in. “There are all these wild herbs growing on the train tracks, but nothing is being done with the space,” Laprise describes. As a chef, the obvious fit is to try and turn the area into a community garden where he can not only supply fresh vegetables for his restaurants, but also to the surrounding neighbourhood.

Check out what Laprise had to say about his upcoming projects, the model he strives towards with his restaurants, and how he thinks the culinary industry has changed in our latest interview. 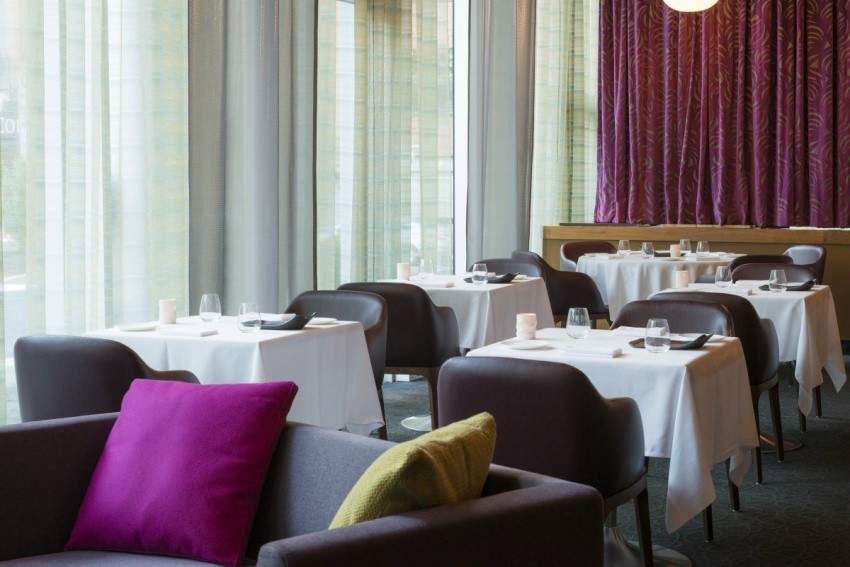 What inspired you to open Beau Mont, in addition to your other restaurants, Toqué! and Brasserie T!?

We opened Beau Mont to develop Brasserie T!. At all of our restaurants, we are working with the same food, the same produce. We buy five lambs a week; we serve the rack at Toque, merguez at the brasserie, and sirloin at Beau Mont. Ultimately, the restaurant is a front for the kitchen production.

What benefits do you see from keeping everything in-house?

At Toqué!, before, I used to buy two lambs a week. The rack and saddle would last for one to two nights. Then, we would have to use everything else up, so we weren’t consistent with the cuts. Now, we can increase our volume and make more money, but also keep traceability. I can give producers more volume and I receive the best quality.

What is it that personally motivates you to operate this way?

I’ve worked for all my life to keep this sustainable. I want to keep it going and going. It could be my children or my staff {that take it over}, but it’s not something that I do for myself and when I’m done, I’m done. I want to live with a legacy behind me. It might be easier to only have one restaurant and relax. I work a lot. For me, it’s fun. We keep going; we grow with people. 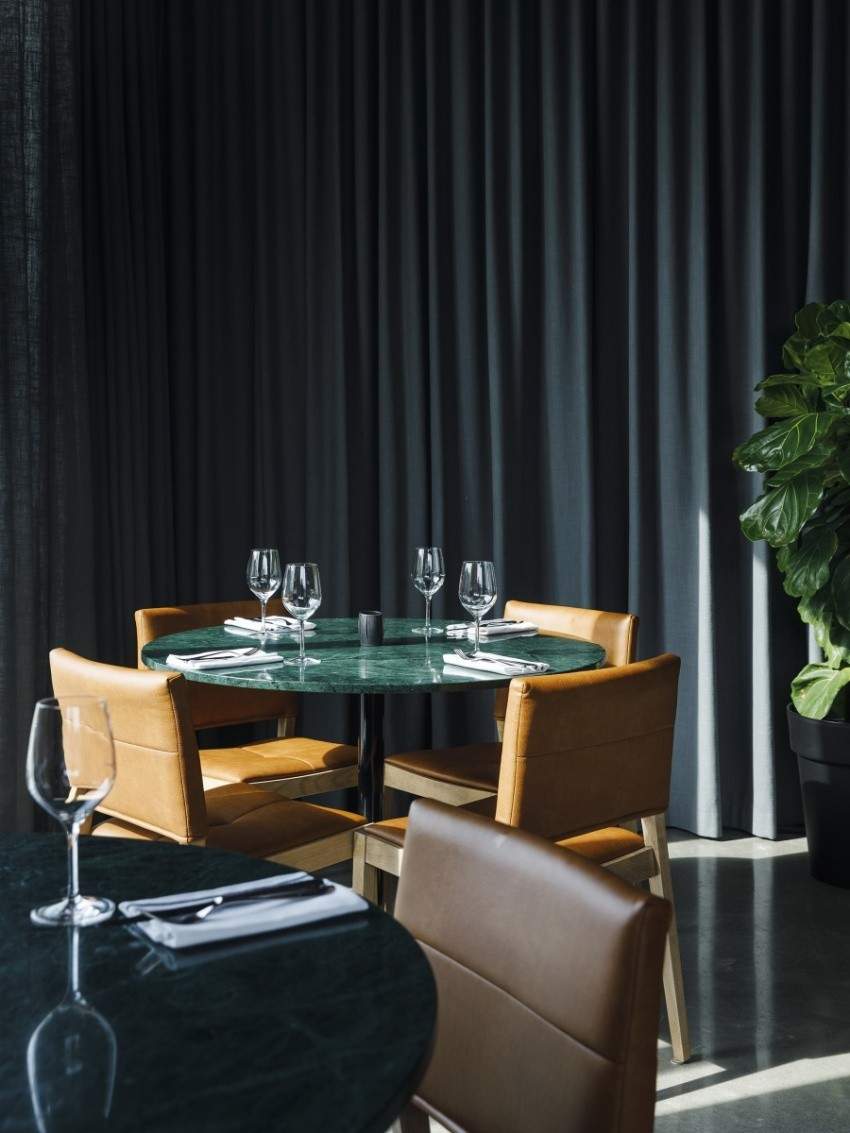 What role do you see more casual restaurants playing in Montreal's culinary scene or in the culinary field at large, as opposed to fine dining restaurants?

People today will pay more than before, I think. Yet, people are also busier than before. They are working, but also want to do lots of things. People save upscale restaurant for special occasions. That gives the chance for smaller restaurants to be for the everyday. We can eat very well everywhere now. Beau Mont is in the middle. It’s more casual than Toqué!, but more upscale than the brasserie.

Community is a big part of what you do, and you also collaborate with the Parc-Extension Youth Organization. Can you tell me more about that?

When we opened Beau Mont, we decided to work with the school here. It’s a cooking school for immigrants arriving in Montreal. They come and we teach them about the food here. We work with them and also employ some of them in our production kitchen. We need good people to cook, but we learn from them too and get exposure to different food cultures.

Why do you think it is so difficult to find good kitchen staff?

The new generation has changed a bit. They want to do more activity, have weekends off. When I worked for my first chef after culinary school, I remember working ten days in a row. I went to the chef to ask for a day off. He said, “When people work, you work. When people have fun, you will still be working.”

Is there anything you’re doing to try and change the culture of your restaurants to entice people to work?

We don’t work like they do in France anymore. People come and work with us from France; they’re surprised we don’t do double shifts. Everyone here has two days off in a row. We take care of that. We try to give bigger breaks, more long weekends. We have a bigger brigade, so it makes that easier. Our people are important to us. They’re more like family because we spend so many hours together. You can’t just say, “Give me, give me, give me,” people like to be appreciated. 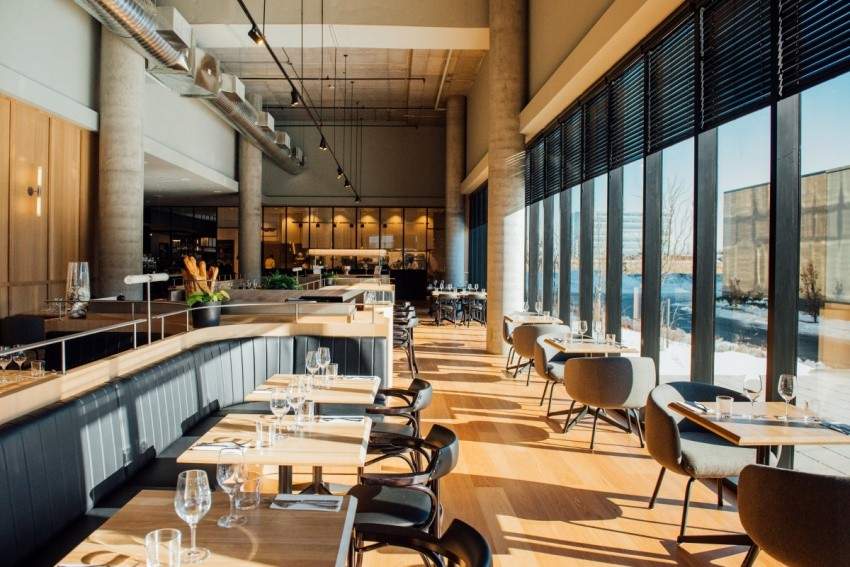 You recently opened up a second Brasserie T! location on the South Shore. Do you have other plans for expansion?

Our goal is to have a total of four Brasserie T! locations; we’re looking to add locations on the North Shore and West Island next. Beau Mont will be right in the middle of all of these to make it more functional and easier for delivery. We also took a station at the new Time Out Market. It’s a burger station. We buy a lot of meat and have to use it. This way, we can while continuing to ensure 100 per cent traceability.

Toque Canadian Pub a young and vibrant addition to Banff