On September 10th, a new feature exhibit from journalist and cultural programmer Ivy Knight will become the latest addition to the How to Read a Vessel exhibition at the Burlington Art Gallery. Knight’s Jugs & Cans: A Reaping exhibit features a collection of vessels such as cans, bottles, boxes and more from women working in the food industry throughout Canada.

Holding the stories of women in many different roles within the food industry such as cooks, bakers, restaurant owners, and servers, Knight has been able to give the stories a new life by adding brightly coloured yarn crocheted around the vessels. Since the pandemic took a massive toll on this industry, women were among the majority of those who lost their jobs and businesses, making a major impact on the progress towards gender equality within the economy.

“10,000 restaurants in Canada have permanently closed since March 2020. Of the 48,000 workers in the retail, accommodations and food services industry who lost their jobs in fall of 2020, 80% were women,” explains Knight. “This increase in unpaid labour has already reduced women’s contribution to the economy. If this extra burden lasts, it will cause more women to leave the labour market permanently, reversing progress towards gender equality and reducing productivity in the economy.” 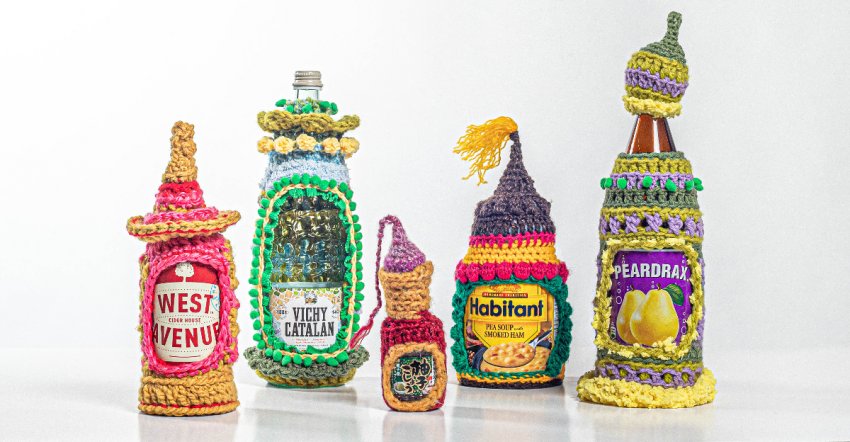 With over 180 vessels contributing to the collection and crocheted to represent the voices of those impacted, the exhibition works to advocate for improved working conditions.

“As museums and galleries face the rising demand for repatriation, racial justice, and economic parity, the food industry has begun to question the colonialism, racism, and hetero-patriarchal systems of oppression in kitchen culture. As a writer, journalist, and programmer Ivy has built a career advocating for better working conditions,” says AGB Senior Curator Suzanne Carte. “This collection of over 180 containers becomes another form of editorial research. Her interview methodology uncovers truths of the systems inherent in the restaurant scene and points to gendered inequities, uncovers sexual violence, and humanizes and normalizes recovery narratives.”

The How to Read a Vessel exhibition will run from September 10 to January 9 at the Burlington Art Gallery.

Toronto hospitality community rallies to support one of their own