Jake Foley, the owner of Sourwood Cider is, or has been, a musician, violin maker, sculptor, and craftsman. He approaches most things in his life with an artist’s eye and touch, including apples. And apples have, recently, become his life.

He wasn’t intending for them to be. He was into fermentation–he loved kimchi, and sauerkraut, and kombucha–all the funky, gut-loving probiotics. And then one day, not long after returning home to Ontario from England where he studied violin-making, he picked some apples with some friends and let them ferment. They tasted good.

What started as a whim turned into a hobby, which became a small business.

Jake began experimenting with cider-making in 2012, not long after he moved to Halifax from Ontario. But it wasn’t until 2018 that he started making cider commercially, which then he began selling at the Halifax Brewery Farmers Market. Based on the success he found there, he opened his small North End bar in the summer of 2019, with a crafty aesthetic and a small but purposeful menu of ciders. In 2020 he brought in respected chef Justin Floyd to add a touch of nostalgia with his deli-style sandwiches. 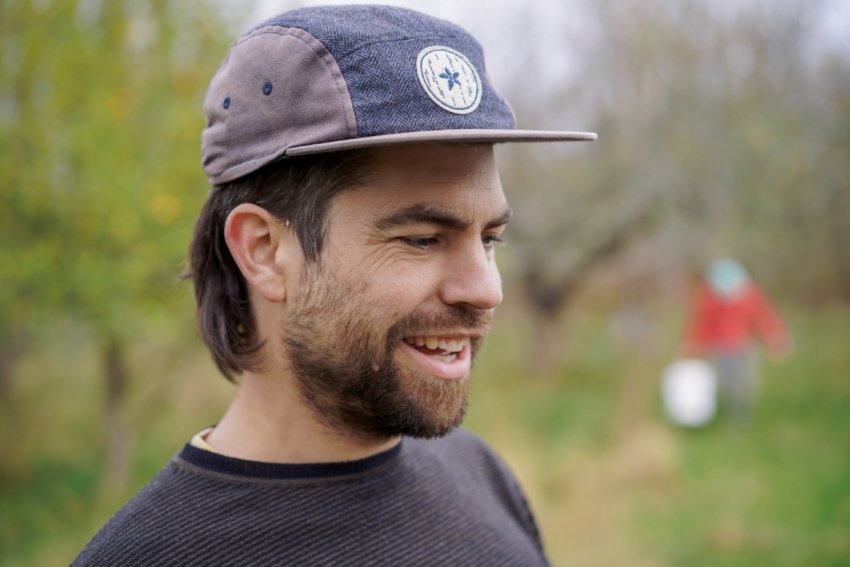 Jake’s ciders are unique in Nova Scotia. He uses no chemicals, no filtration, and no fining. He relies on the native yeast of the apples for spontaneous fermentation and lets them work their own magic. He typically crafts 20 ciders in any given year and all of them use Nova Scotian apples exclusively.

He works with many growers in Nova Scotia, particularly in the Annapolis Valley, to source his apples and uses flavourful varieties like Golden Delicious, Ida Red, and Golden Russett. He also loves to repurpose wild apples that have been unattended for years or even decades, and takes his crew to pick them all over the Valley and across the province.

Of course in art, experimentation is the lifeblood of creativity. And so Jake has started to craft hybrid ciders made from a mix of apples and grapes, which he says gives him more of a palette to play with, more options and colour to paint. And he loves the texture from the added tannins.

He’s starting with Nova Scotia grapes Marquette, Frontenac Red, and Frontenac Gris, all of which are hybrids themselves. In the natural style of trendy wines like Pét-Nat and Piquette, he’s creating a “crushable” drink, one that is lower in alcohol but fresh and vibrant.

One of the first is a Marquette blended with skin-contact Golden Delicious apples that he picked from an abandoned orchard with trees over 100-years-old. A second is a Frontenac Gris blended with Ida Red. He expects to release these yet-to-be-named drinks this summer. Many more are in the hopper–or the tank in this case–and will follow next year.

Jake is excited about the future of his business despite the pandemic, which has slowed business at the bar, though he certainly hasn’t; he’s still making his ciders at his warehouse and distribution centre and selling them throughout the Maritimes and in Alberta and Manitoba. He’s hoping for national distribution, and is keen to get his products into Ontario next. 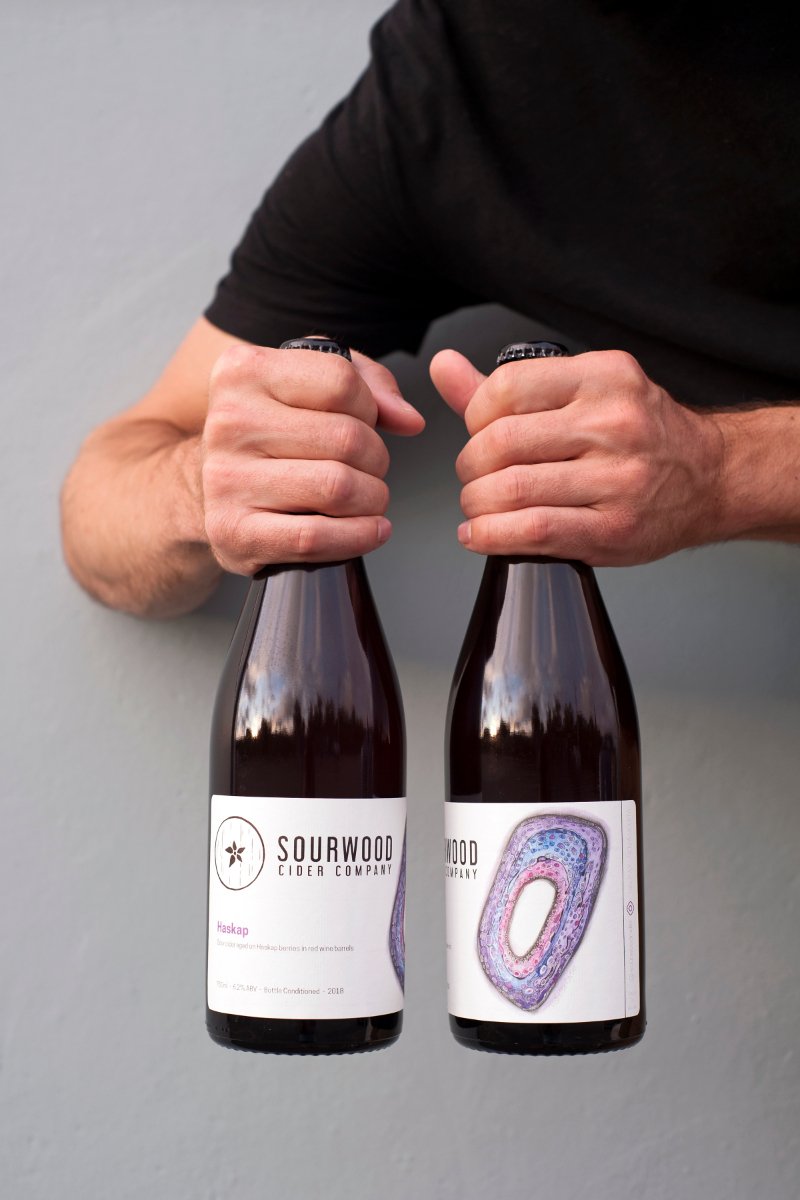 He’s currently working on a cool collaboration with The Bite House, a small but renowned restaurant in Baddeck, that will see them release three products this summer–a piquette, a cider, and a field blend–using apples from the property.

Additionally, in what seems like a pretty natural evolution, Jake is planning to scale up by growing his own apples and grapes in the Annapolis Valley. This way, he can control the entire process; from the ground, to the fruit, to the fermentation, to the bottling. He also intends to use regenerative practices that will provide long-term sustainability and, in his opinion, tastier fruit.

As an artist, Jake has worked with many materials, but it seems that apples have become his most inspiring medium by way of Sourwood Cider.

5 Canadian-made piquettes to sip over the holidays