While Aric Johnson and Jason Griffiths were enrolled at Mount Royal College in Calgary, they spent their days working toward degrees—journalism for Johnson and business for Griffiths—and their nights tasting their way around a rapidly expanding craft beer scene.

Honest, mom and dad, this is research.

“We eventually thought, ‘What if we did our own (craft beer) thing?’” says Johnson who, after working in public relations for a few years, joined Griffiths back in their hometown of Hinton, AB to do just that.

They hired brewmaster Dave Mozel, a former instructor of the brewery program at Olds College, and set about building a space to house his creations.

“We had no idea it would turn into this,” Johnson says, taking in what has become the taproom and kitchen of Folding Mountain Brewery, 22 kms southwest of Hinton just outside the gates to Jasper National Park.

Credit for the mid-century roadside diner-meets-mountain chalet goes to Jason’s wife, Laurie Griffiths, an interior designer who also conceptualized the exterior of the building.  (Ms.)Griffiths took inspiration from the layered folds of origami art pieces as well as those from orogenic movements, the geological action that creates fold mountains.

The brewery’s 1200-metre-high namesake looms directly to the east.

With the brewing side of the business firmly in place, Johnson and Griffiths brought in chef Marcel Randall to handle the food.

“We wanted this to be a great experience, not a mediocre one,” Johnson says. “Our whole team has taken this to heart.”

What Randall delivers is made-from-scratch modernized pub grub along with clever lighter fare.

A seasonal quinoa salad or a coconut red curry noodle bowl will appeal to those seeking flavours from afar but if you’re someone who can’t say no to a burger, then the juicy, all-beef, made-in-house patty topped with smoked cheddar, jalapeno jam and caramelized onions on a brioche bun should do the trick. 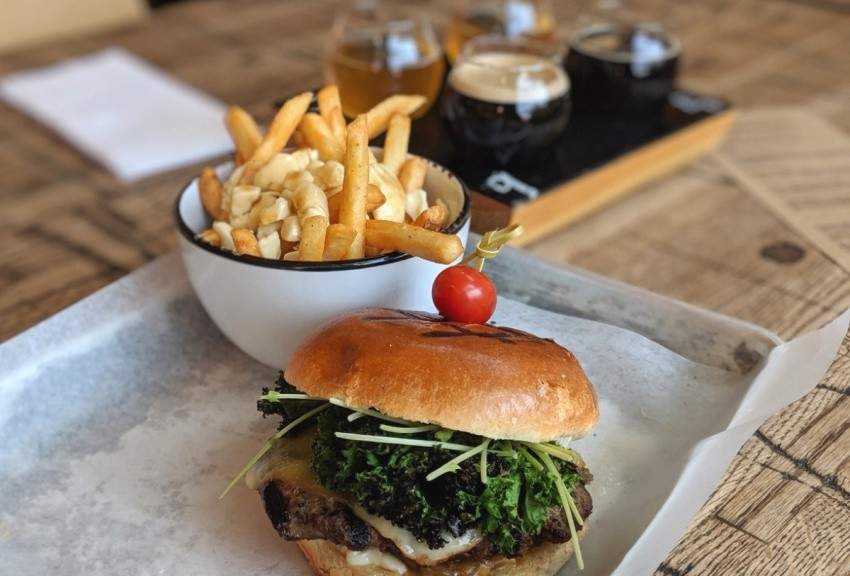 If you are one of the thousands who travel “the 16” between Jasper and Edmonton on a daily basis, take heart: there is good food and drink to be found here at Folding Mountain. The poutine—sizzling hot fries topped with copious amount of legit cheese curds and gluten-free, vegan gravy (that’s right, you heard me)—is worth the stop alone.

As for Mozel’s beer, a dozen (or so) worthy options are available on tap at any given time.

The Parkway Porter recently won Best in Class (highest performing product in its category) at the 2019 Alberta Beverage Awards and in February, Mozel’s Mango Brut IPA took home the Top of the Summit award at the Jasper Beer and Barley Summit.

For Johnson and Griffiths, all that college research is paying off.

10 Canadian microbreweries you should know about